(This article has been published in Spanish here)

The government of Mauricio Macri lived a week of apparent tranquillity, but the resignation of Luis Caputo as President of the Central Bank and a new IMF deal triggered the end of calm. 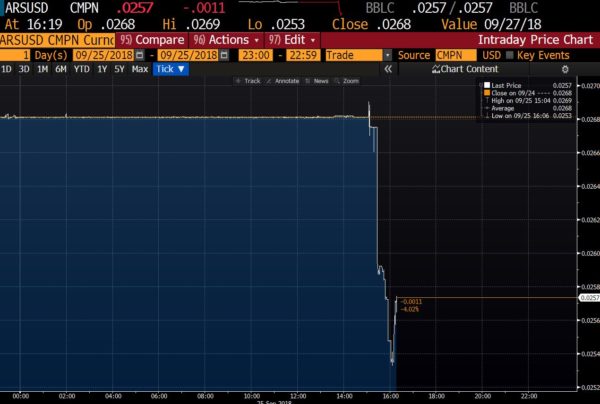 It was essential for the government to understand that these periods of calm are what it needs to carry out structural reforms, not to think that “everything is discounted” and continue regardless.
The appointment of Guido Sandleris has not been the change that Argentines and markets expected. His profile is perceived as more than continuity, more a defender of the past monetary policies that have led the country to stagflation and a supporter of the price controls that have eroded consumer and investor confidence. 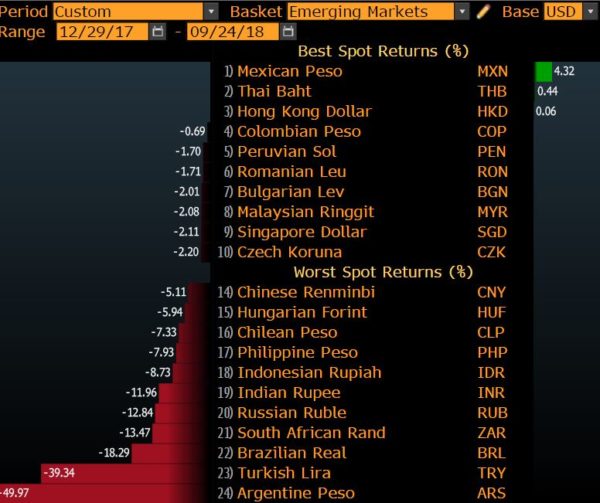 The alarm signals remain. The reserves of foreign currency of Argentina are below the level at which they were after the agreement with the International Monetary Fund.

No agreement is going to work if structural reforms are limited to some minor and insufficient adjustments.

The reforms that have been so far announced should be strengthened or the “placebo” effect of the IMF deal can turn against the government. 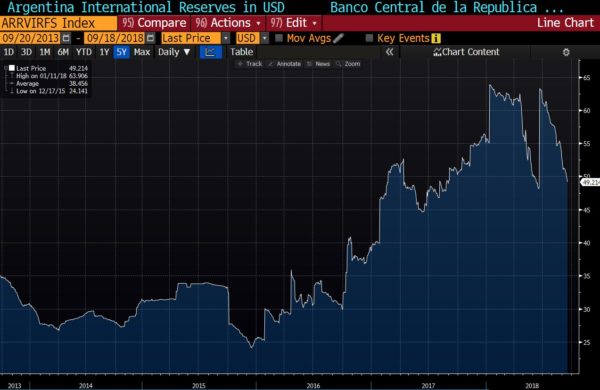 An important factor in understanding the apparent calm period seen in the past week was the effective disarmament of the Lebacs. It was important to end these short-term sources of monetary instability in the days when the exchange rate of the peso vs the US dollar was relatively quiet.

However, the disarmament of the Lebac cannot be solved with gradual measures. Substituting the increase of money supply in pesos of more than $ 231,000 million with more debt in other instruments and reducing the reserves of US dollars, can generate a serious funnel effect. Raising the Leliq rate to 65% is kicking the can forward that does not solve the Argentine monetary problem.

If the disarmament of the Lebac is solved selling dollars and extending the debt at very high rates and increasing duration, while the net financing needs of the state increase, it is just a kick in the can forward that would not work because it depends on external factors. With the US 10-year bond above 3.05% and the Argentine economy in contraction, going to extensions in duration is an aspirin that does not cure a more serious illness.

In fact, the concern among international analysts with the new appointment in the Central Bank is that the government may stop the timid structural reforms and maintain a monetary policy that has been a global failure. The promised reduction in political spending is simply insufficient, in a country that has such high public spending. Therefore, it is risky to disguise the funding hole because it may appear as a major problem in a few months. 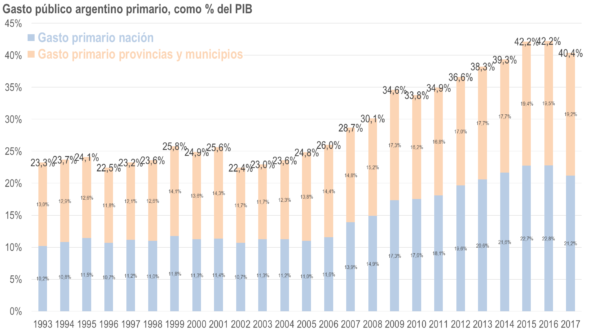 In reality, such aggressive monetary expansion will always generate a higher negative effect in the medium term.

Obviously, the Central Bank does not make fiscal policy, but its perennial monetary expansion has been the major driver of the stagflation problem of the country.

The government cannot deny that the announcement of emergency measures is only a small fraction of a much more serious problem that was generated with the brutal monetary expansion of the years of Cristina Fernández de Kirchner. 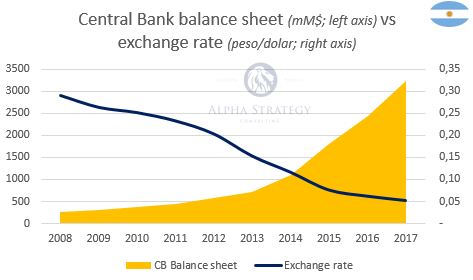 This enormous expansion of the monetary base and a giant political spending bill that doubled in a few years is the reason why Argentina is going from stagflation to crisis and back to start. 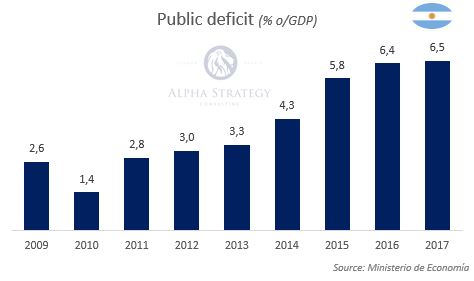 Dollarization is not a currency board or a promise of fixing a dollar-peso change decided by political power and waiting for the world to believe it. Dollarization means abandoning a monetary policy that has destroyed the credibility of the peso among the Argentine citizens themselves.

My good friends in Argentina are the best foreign currency traders in the world because since they are children, they learn to preserve their savings and the purchasing power of their salaries by selling pesos. That destruction of the credibility of the peso is not the fault of Macri or Dujovne, but it is undeniable.

Argentina does not need to have monetary policy flexibility, because history shows that the government and the central bank use it only to expropriate wealth and purchasing power via inflation and devaluation. Argentina does not have to worry about the “lower supply of pesos when confidence increases”. It is a problem that has never existed in seven decades.

Argentina does not have to worry about the impulse that having its own currency can create. It has never existed.

Argentina does not have to worry about entering into debt and deficits if it dollarizes. It already has that problem.

The defenders of the peso do so by denying the reality of a currency that has no validity as a reserve of value and means of exchange for most domestic economic agents and even less for foreigners. The peso is a failed currency that disguises an unsustainable level of spending.

Dollarization saved Ecuador and El Salvador from a Venezuelan-style hyperinflation, and the euro saved Spain from those atrocious “competitive devaluations” that never improved competitiveness, neither structural unemployment nor the productive model. Dollarization may have a small impact on short-term debt, but it would avoid the evidence of defaults and stagflation.

Of course, dollarization highlights the need to implement reforms that some governments prefer to avoid. After all, for a government, it is easier to put the blame of inflation on any invented external enemy than to admit it is a direct consequence of its insane monetary policy.

If Macri does not recognize the evidence that any Argentine citizen knows, that confidence in the peso has all but disappeared due to political abuse, then the bleeding of the economy. The peso has not been attacked. Governments killed it by destroying its purchasing power for years.

A rich and educated nation like Argentina cannot continue to be impoverished through a destructive monetary policy and an extractive political sector.

Massive political spending, high inflation and insane printing of pesos are one and the same. Policies that have expropriated the wealth and savings of Argentine citizens. It must be stopped. The only solution is dollarization.

3 thoughts on “Argentina. The truce is over: The peso cannot survive a destructive monetary policy”