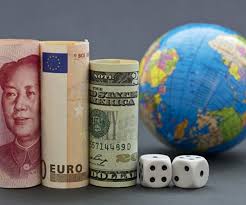 The FT recently run an article that states that “leading central banks now own a fifth of their governments’ total debt”.

The figures are staggering. Without any recession or crisis, major central banks are purchasing more than $200bn a month in government and private debt, led by the ECB and the Bank of Japan.

A recent report by Nick Smith, an analyst at CLSA, warns of what he calls ” the nationalization of the secondary market .”

The Bank of Japan, with its ultra-expansionary policy, which only expands its balance sheet, is on course to become the largest shareholder of the Nikkei 225’s largest companies. In fact, the Japanese central bank already accounts for 60% of the ETFs market (Exchange traded funds) in Japan.

What can go wrong? Overall, the central bank not only generates greater imbalances and a poor result in a ‘zombified’ economy as the extreme loose policies perpetuate imbalances, weaken money velocity and incentivize debt and malinvestment.

Believing that this policy is harmless because “there is no inflation” and unemployment is low is dangerous. The government issues massive amounts of debt and cheap money promotes overcapacity and poor capital allocation. As such, productivity growth collapses, real wages fall and purchasing power of currencies fall, driving the real cost of living up and debt to grow more than real GDP.  That is why, as we have shown in previous articles, total debt has soared to 325% of GDP while zombie companies reach crisis-high levels, according to the Bank of International Settlements.

Government-issued liabilities monetized by the central bank are not high-quality assets, they are an IOU that is transferred to the next generations, and it will be repaid in three ways: with massive inflation, with a series of financial crises or with large unemployment. Currency purchasing power destruction is not a growth policy, it is stealing from future generations. The “placebo” effect of spending today the Net Present Value of those IOUs means that, as GDP, productivity and real disposable income do not improve, at least as much as the debt issued, we are creating a time bomb of economic imbalances that only grows and will explode sometime in the future. The fact that the evident ball of risk is delayed another year does not mean that it does not exist.

The government is not issuing “productive money” just a promise of higher revenues from higher taxes, higher prices or confiscation of wealth in the future. Money supply growth is a loan that government borrows but we, citizens, pay. The payment comes with the destruction of purchasing power and confiscation of wealth via devaluation and inflation. The “wealth effect” of stocks and bonds rising is inexistent for the vast majority of citizens, as more than 90% of average household wealth is in deposits.

In fact, massive monetization of debt is just a way of perpetuating and strengthening the crowding-out effect of the public sector over the private sector. It is a de facto nationalization. Because the central bank does not go “bankrupt”, it just transfers its financial imbalances to private banks, businesses, and families.

The central bank can “print” all the money it wants and the government benefits from it, but the ones that suffer financial repression are the rest. By generating subsequent financial crises through loose monetary policies and always being the main beneficiary of the boom, and the bust, the public sector comes from these crises more powerful and more indebted, while the private sector suffers the crowding-out effect in crisis times, and the taxation and wealth confiscation effect in expansion times.

No wonder that government spending to GDP is now almost 40% in the OECD and rising, the tax burden is at all-time highs and public debt soars.

Monetization is a perfect system to nationalize the economy passing all the risks of excess spending and imbalances to taxpayers. And it always ends badly. Because two plus two does not equal twenty-two. As we tax the productive to perpetuate and subsidize the unproductive, the impact on purchasing power and wealth destruction is exponential.

To believe that this time will be different and governments will spend all that massive “very expensive free money” wisely is simply delusional. The government has all the incentives to overspend as its goal is to maximize budget and increase bureaucracy as means of power. It also has all the incentives to blame its mistakes on an external enemy. Governments always blame someone else for their mistakes. Who lowers rates from 10% to 1%? Governments and central banks. Who is blamed for taking “excessive risk” when it explodes? You and me. Who increases money supply, demands “credit flow” and imposes financial repression because “savings are too high”? Governments and central banks. Who is blamed when it explodes? Banks for “reckless lending” and “de-regulation”.

Of course, governments can print all the money they want, what they cannot do is convince you and me that it has a value, tat the price and amount of money they impose is real just because the government says so. Hence lower real investment, and lower productivity. Citizens and companies are not crazy for not falling into the trap of low rates and high asset inflation. They are not amnesiac.

It is called financial repression for a reason, and citizens will always try to escape from theft.

What is the “hook” to let us buy into it? Stock markets rise, bonds fall, and we are led to believe that asset inflation is a reflection of economic strength.

Then, when the central bank policy stops working -either from lack of confidence or because it is simply part of the liquidity-, and markets fall to their deserved valuations, many will say that it is the fault of “speculators”, not the central speculator.

When it erupts, you can bet your bottom dollar that the consensus will blame markets, hedge funds, lack of regulation and not enough intervention. Perennial intervention mistakes are “solved” with more intervention. Government won on the way up, and wins on the way down. Like a casino, the house always wins.

Meanwhile, the famous structural reforms that had been promised disappear like bad memories.

It is a clever Machiavelian system to end free markets and disproportionately benefit governments through the most unfair of competitions: having unlimited access to money and credit and none of the risks. And passing the bill to everyone else.

If you think it does not work because the government does not do a lot more, you are simply dreaming.

Daniel Lacalle is Chief Economist at Tressis SV, and author of “Escape from the Central Bank Trap”, “Life In The Financial Markets” and “The Energy World Is Flat” (Wiley).

2 thoughts on “Are Central Banks Nationalising the Economy?”