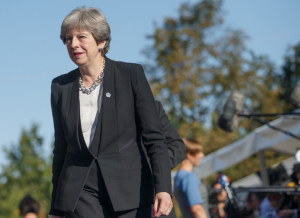 The agreement announced between the British government and the European Union has been received in the United Kingdom with criticism from all sides. The defenders of staying in the European Union consider it very negative, of course.

However, and this is the most important part, it is unlikely that the conservative party itself will support this agreement in parliament. Jacob Rees-Mogg has called the agreement “a failure of the negotiators and a failure to deliver Brexit.” Boris Johnson has said that it turns the United Kingdom into a “vassal state” and Nigel Farage has described it as “the worst agreement in history”.

Including the entire United Kingdom in the customs union and maintaining the payment of 10 billion pounds a year to give the European Union veto rights to the most important decisions is something that most conservative members of parliament will reject and that does not satisfy the Labor Party – which is also not pro-EU, let’s be clear – nor the liberal-democrats.

At the centre of the controversy is a negotiating process that the European Union has left as a United Kingdom issue. But by letting the United Kingdom deal with its own divisions and problems, the EU also lost the perfect opportunity to offer British citizens and the rest of Europe a refreshing, leading and exciting project. And that is the big problem. That Brexit has been seen in many circles in Brussels as an opportunity to advance in the political and interventionist project, instead of moving towards a union in freedom for global, economic and political leadership.

The problem of the UK government is that it is led by a person, Theresa May, who must present a proposal to leave the EU when she has always been an advocate of remaining (Theresa May initially campaigned for the “Remain”). Thus, it is not surprising that the parliament arithmetics in favor of this agreement is not at all clear.

The British Parliament has more members in favor of Brexit than against, but it cannot be THIS Brexit.

Boris Johnson and the pro-Brexit hardliners may see an opportunity to weaken Theresa May and force a change of leadership that will bring a new leader more committed to a better deal.

Moderate Labour, who have been terrified for months with the radical drift of the Corbyn team, may also see an opportunity to weaken the leader who tries to take Labour to the far left.

My perception is that if there were a second referendum the result would probably be the same. In the United Kingdom there are no voices with political weight and real popular support to defend the European Union project. In the United Kingdom, the debate is either seeing the European Union as an annoying partner or as an impossible danger to solve.

Citizens in Europe see Brexit with sadness, logically. In the United Kingdom, news arriving from the European Union do not encourage a remain stance. High unemployment, unresolved immigration problems, lack of global leadership, high taxes, the specter of a new debt crisis in Italy and other risks. Pro-Europe UK leaders offer no other argument to citizens than the so-called Project Fear, a massive economic risk. However, British citizens see UK unemployment at 75-year lows, while in Europe they see the slowdown of the eurozone and the budget crisis of other countries, and do not find an unquestionable reason to stay in the club.

The UK citizen who votes for Brexit does not seem convinced that the only solution is to belong to a union that demands more control but offers less growth and employment.

The reactions to the agreement have not been very euphoric in any case. It seems something that was presented to fail. The pound and stock market did not react as the EU negotiators would think once the deal was seen as unlikely to pass parliament. In the bond market, Gilts strengthened as UK bond spreads fell while eurozone peripheral yields soared. The opposite of what would be seen as an EU victory.

Reaching an agreement that benefits everyone is difficult, but not impossible

Economically, it has been a mistake to present British citizens with the idea of “either the EU or the chaos”, because it does not work when there is not a clear, exciting and global leadership project.

The United Kingdom, one of the voices that defended economic freedom and open markets in an increasingly bureaucratic European Union is an essential partner to advance in Europe. Reaching an agreement that benefits everyone is difficult, but not impossible.

I have never bought the “EU or chaos” argument. I believe that both parts can benefit from a mutually beneficial deal. I am convinced that, even if this agreement is not approved, the British government will reconsider and present a solid plan for its citizens.