The rising risk in Catalonia poses significant risks to what is already a promising recovery of the Spanish economy. Unfortunately, the separatist movement has decided to call an illegal referendum, in a region that already enjoys more independent powers and more autonomy than any other in the European Union. The referendum is illegal because it is against a constitution that was voted by a wide majority, in fact 90% voted in favour in Catalonia itself. It also goes against the laws of a democratic country and has been called against the mandate to defend the constitution and represent the nation of the members of the regional government. It is worth reminding that Catalonia enjoys the highest autonomy level of any region in the EU, and has voted more than 35 times in regional elections where the separatist parties have never gained more than 40% of the votes combined.

The call to confiscate assets from the Spanish state and avoid financial commitments expressed in the “transition document” pose a risk to legal security and investment. As such, the risk of prolonged tensions in the region should be considered from three perspectives:

Now I would like to debunk the myths of separatism:

If the fiscal balance (the difference paid by Catalonia to the rest of the State relative to what it gets) is so large and the solvency of an independent Catalonia is so obvious, why is it not recognized at all by any rating agency or investors?

The Catalan bond has junk status according to the three main rating agencies. Separatists may think it is “because Spain robs them”, but no rating agency, either Moody’s, S&P or Fitch, grants the slightest improvement to the rating if the region separates itself. None of them say something like “if Catalonia were to become independent they would be Investment Grade “. They say the opposite and clearly. Without the support of the central government, the risk is higher.

The Catalan region has been unable to finance itself without the State support and the 10-year bond has the widest premium to Germany of the EU after Greece. No other region or country has a higher financing cost. In fact, since secession messages began, the Catalan 2020 bond´s yield has risen.

I’ll try to explain two concepts in the bond market that separatists ignore. A “credit event” and “underlying risk.” These are the arguments of independentists debunked:

Suppose it was that way. That Moody’s, Standard & Poor’s, Fitch, Merkel, investment banks, the EU and the ECB are all “hijacked” by the Spanish central government, even though it has never been able to influence these entities in the past when they had negative views of Spain. Assume that those people and entities have vested interests but the separatists are all altruistic, even if it is at least childish. Just remember that the rating agencies have historically failed because they were being optimistic, not pessimistic, hence their mistakes in the crisis. If you think that rating agencies have no credibility in saying that independence is an increased risk, at least understand that, at least, they are being diplomatic. You must understand as well that no matter how much you protest, 90% of bond investors cannot even look at non-investment grade bonds and that a new nation with no track record would suffer much higher interest rates if it received any credit. 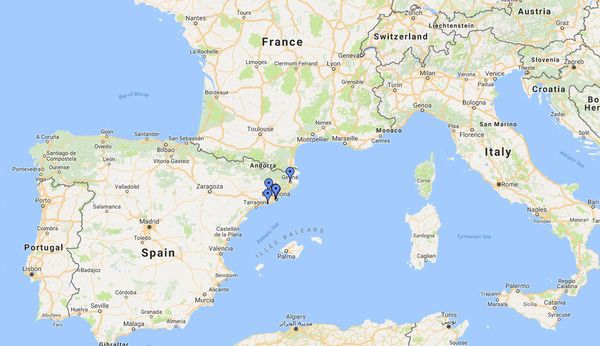 Given that the transition document calls for expropriation of assets and puts credit commitments in question, there is very little probability that any investor would take the risk of financing a credit event of this magnitude adding the risk of breaking commitments.

“… But the Catalan debt is guaranteed by the Spanish State, and if we don´t want we will not pay it”.

Welcome to a “credit event”. Suppose a country owes all its debt to a single nation. With default, according to some, everyone will be happy and the country will finance itself like royalty, right? It is not like this. Risk is not reduced, it multiplies. Because credibility as a debtor is destroyed. Not only will refinancing be more expensive. It is more difficult to access markets. See the case of Ecuador, which defaulted and it took years to access the debt markets. When it finally came to issue bonds, it was for a very small amount at 7.95% for ten years in dollars. Today it is financed at 10.5%. And it is an oil rich country.

“… But the new Catalan State will have a very low debt to GDP and investors would love to invest in it”.

A very low debt to GDP does not mean low risk. Brazil had less than 60% and was junk status. The Baltic countries had no access to markets after independence despite their low debt. The debt to GDP is one of several elements to analyze risk. That is stock of debt. We must analyze repayment capacity.

The repayment capacity is clouded by the uncertainty of the whole process. In the absence of certainty about the impact on economic activity, tax revenue, capital outflows, etc, no one takes an optimistic or neutral scenario from the beginning. We must assess the pessimist. All secessions in modern economic history have seen a very significant fall in GDP, and with luck, a recovery in the medium term in V shape. And overwhelmingly, it has happened in countries rich in commodities and that brutally devalued the currency. Pensions and social spending in real terms suffer as the economy stabilizes.

Catalonia does not have a budget surplus if it secedes. Its outlays exceed 60 billion euros a year without considering all new areas that would have to be created, and its own estimate of “tax revenue capacity” is just 42 billion. The 18-billion-euro financing gap would be impossible to finance under a credit event of this magnitude, leading to tax increases beyond what is already one of the highest tax wedges in Spain, and budget cuts.

Fiscal balances are not a cash concept, just an estimate of outlays versus financing capacity. Separatists make a massively optimistic assumption of their excess contribution to Spain, ignoring the cost of many contributions to administration and international entities and overestimating the tax revenues generated in the region by counting with all the taxes paid by multinationals based in Catalonia. Catalonia does contribute, but less than half what the region of Madrid does.

On day one of the Catalonia independence it does not count with the separatists’ estimate of 9 billion euro of added revenues, starting from the fact that the much-discussed figure is only an estimate. Not least because the tax revenue estimate includes those of Catalan multinational companies paid to the central government as corporate tax and “owed investments”, all that before thinking of “Inversion Deals” (Catalan companies establishing headquarters elsewhere to avoid the impact of secession). In the best of cases, without counting the costs of the independence of 4.5 billion euros, Catalonia would have a deficit of at least 10%. The transition cost figure is calculated by the region’s National Transition Council.

Even that “National Transition Council” acknowledges that the Catalan state would have to be financed through patriotic bonds and “bonds tradeable for future taxes”.

Welcome to the underlying risk. A bond whose underlying is supported by unknown and future income when there is no clear and predictable regulatory and tax framework. And whose principal is not guaranteed if those revenues don´t appear!

“… But the Catalans banks are covered by the ECB”.

As a region that leaves an EU member country, Catalonia would have to request to join the EU and follow all its procedures. Given that the Transition Document starts with confiscation and credit commitment risks, it is more than likely that it would not be allowed to join and likely vetoed by other nations. If Catalan banks decide to move headquarters outside of the region to keep access to the ECB, it would mean more losses of tax revenue to the independent Catalonia-. The bonds issued by the “new State”, if issued, would not have the support of the ECB and would not be part of the repurchase program (QE). Therefore, in the banks’ balance sheet these bonds would be high risk and without the support of the central state or the ECB, the risk premium would, at least, be very high. And the amounts raised would be very small to non-existent for years, as has been seen in all similar cases. In all.

“… The EU and ECB say that Catalonia would not be automatically a member, but they will have to accept it”.

Separatists say that all this may be true, but as Catalonia is a very important economy (c20% of Spain’s GDP), the EU, rating agencies, investors and the world would have to bow to whatever separatists want, whenever they want. Well, that is exactly what Varoufakis said about Greece, which ended as we all know. Like we are seeing with Brexit and we saw with Greece, the EU does not change because of pressure. Less of all from a region. It would create a massive precedent that could trigger a domino effect all over the EU with many small regions in France, Belgium, Italy, other regions in Spain and many other countries. It is impossible to accept by an EU that is moving in the opposite direction, more integration.

The Catalonian independence threat is bad for Spain and bad for Catalonia. And no magic estimates from politicians can disguise that.

This is a Hedgeye Guest Contributor note written by economist Daniel Lacalle. He previously worked at PIMCO and was a portfolio manager at Ecofin Global Oil & Gas Fund and Citadel. Lacalle is CIO of Tressis Gestion and author of Life In The Financial Markets, The Energy World Is Flat and the most recent Escape from the Central Bank Trap.