I remember that in 2009 three messages were constantly repeated: “In this crisis measures are different, because governments are investing in the recovery by increasing public spending,” “the funds from stimulus plans will strengthen the recovery “and “central banks help a stronger recovery by lowering rates and increasing liquidity”. Then, 2010 arrived and the Eurozone entered a deeper crisis. In many aspects, this recession is similar. Many governments are doing the same as they did in 2009. Extend and pretend. Extend structural imbalances and pretend this time will be different.

END_OF_DOCUMENT_TOKEN_TO_BE_REPLACED

There is no solidarity without responsibility. The European Union Recovery Fund cannot be used as an excuse to perpetuate bloated political spending and create a transfer union where governments use taxpayers’ money to increase bureaucracy, because it would be the end of the European project. A union based on excess spending, debt and extractive policies would be destroyed in a few years. The strength of a unified group of countries comes from diversity and responsibility.

END_OF_DOCUMENT_TOKEN_TO_BE_REPLACED 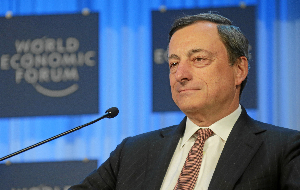 One of the most repeated messages among European financial analysts this week is this: “we are in a global slowdown“.