The G20 meeting in Buenos Aires had a primary objective. To reach an agreement between the United States and China.

However, the announced agreement is more a “diplomatic truce” than a real agreement.

The United States commits to delaying tariffs against China that would start on January 1st, 2019 and China commits to purchase more agricultural and energy products (LNG, liquefied natural gas) in addition to promising to advance in legal security, compliance with contracts, the opening of capital markets and protection of intellectual property.

However, the wording is vague, the commitments are conditional and the time is limited.

When we talk about trade wars as if they were something new, we make a diagnosis mistake. We’ve been in a trade war for years. The United States has been denouncing trade barriers imposed by China and other countries directly and indirectly for years, with a World Trade Organization that did nothing about it. 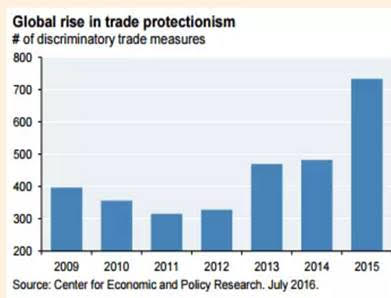 The United States acted in the wrong way, and between 2009 and 2016 introduced more protectionist measures than any other G-20 country. The World Trade Organization warned on several occasions before the Trump administration took office of the increase in protectionism since 2011. 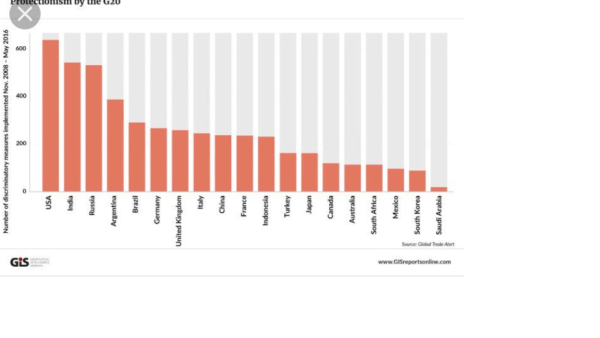 China is not the main holder of US bonds (not even the largest foreign buyer). The largest holders are North American institutions and investors in their vast majority. 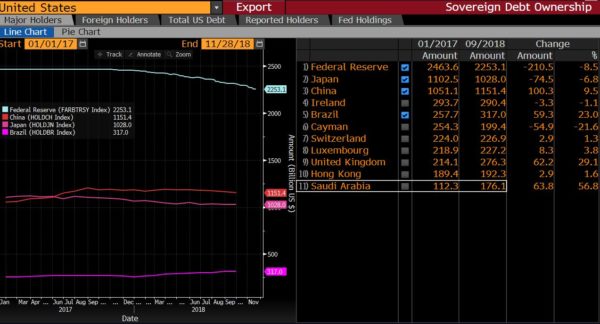 The United States has seen demand for its bonds remain robust and yields have not soared even with China and the Fed selling. Meanwhile, China’s foreign exchange reserves have fallen. 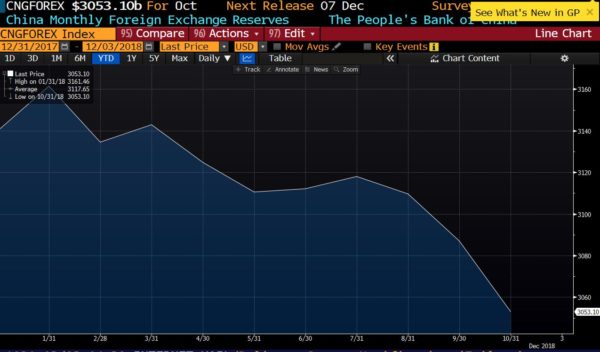 China cannot maintain its growth – based on a huge debt bubble – if its exports to the US fall. There is no other market that can offset its exports to North America. And its trade surplus with the United States is already over 275 billion dollars per year, the biggest contributor to the Chinese GDP from the external sector.

A drop in the growth of China’s exports would mean a much larger collapse of its foreign exchange reserves, which are down 30% since the 2014 highs.

A collapse in foreign exchange reserves also accentuates the already existing capital flights, which in turn would lead to more capital controls and, with it, three effects. Lower growth, an increase in the already high debt and the risk of a very important devaluation of the yuan.

These three effects have already happened in 2018.

In summary, for China, the trade war is devastating. For the US it is negative, but for China it is a disaster.

The United States exports very little (11% of GDP), so any threat that leads to an agreement is good.

A trade war can generate higher costs of goods and services for Americans, but the reality is that China exports disinflation and, if any, inflation expectations are falling, not rising.

This does not mean I support trade wars. It means that the idea that both sides are equally negatively impacted is simply empirically incorrect.

As such, the agreement announced between the US and China in the G20 is nothing more than a “conditional ceasefire”.

China has little intention of guaranteeing intellectual property and eliminating capital controls or the immense interference between political and legal power.

The increase in purchases from China to the United States announced is likely to have a very low impact on the trade surplus . China’s trade surplus with the US has skyrocketed in 2018 from 21.9 billion dollars in January to 34.1 billion in September. If China doubles its purchases of agricultural and energy products from the United States, something very difficult to achieve, this surplus would only fall by a maximum figure of 3 billion US dollars.

This agreement is only a pause, and the announced tariffs would be recovered if improvements are not evident. The tariffs announced for January 1st would be increased to 25% if China does not comply in 90 days.

The differences in the interpretation of the agreement between the Chinese and US administrations can be seen in their official statements.

While the US says that China will change its policy with respect to intellectual property, capital control and legal security, China only says that they “will work together”. While the US states that the agreement is invalidated after 90 days, China does not mention the deadline. While the US mentions that the purchases of North American products will increase in specific sectors, China only talks about buying more products.

This agreement does not change the trade and policy differences of both countries, but it is very similar to the failed agreement reached with China in May that ended in nothing. We have to be very cautious and wait to see if real economic data improves. If China continues to devalue the Yuan and inject capital into its financial and corporate sectors it will be a sign that the agreement has no credibility for the Chinese government itself. Furthermore, as leading indicators show, the global slowdown is much deeper and complex than the differences between China and the US on trade. If the global economy recovered the trade growth levels of 201, global GDP slowdown would still be evident, and more pronounced than consensus currently estimates.

This trade deal is not only vague, conditional and temporary… It does not disguise the slowdown of major economies, which had nothing to do with trade wars and a lot to do with debt saturation.

Be careful thinking that this is a catalyst that puts the world back in growth and multiple expansion modes. The reality is that this deal is not a catalyst for the global economy.