Jackson Hole is not going to rescue the bad decisions of investors and politicians from other countries because everyone in the Federal Reserve knows they have something more important to do.

If we analyze the consensus expectations of analysts and investment banks at the end of 2017, the conclusion was unanimous: Buy Europe and emerging against the United States amid weakening US dollar estimates in 2018. And it has been exactly the opposite. We already warned a few times about the risk of such a biased consensus towards a weak US dollar. 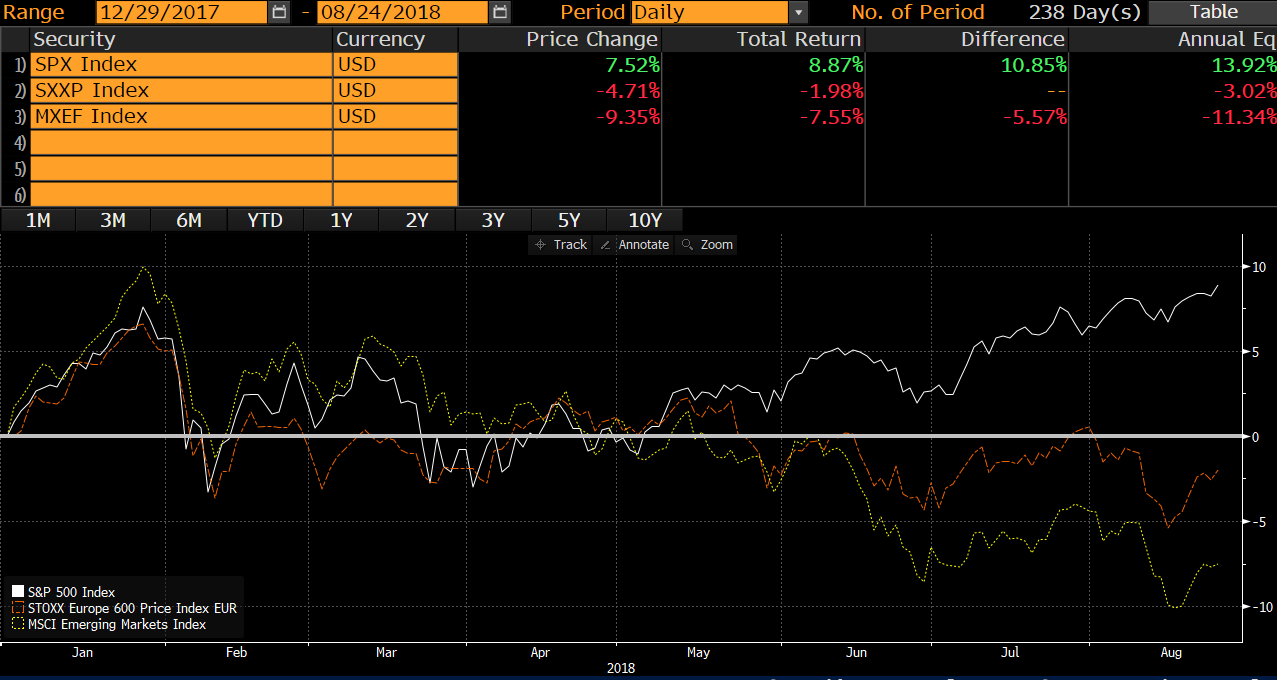 Indeed, the reality is that, at the end of this article, Europe showed a decline of almost 3.5%, led by banks, while emerging markets plunged almost 20%,  while the United States marked record highs with the dollar recovering much of of what was lost in 2017.

What does this tell us about the next few months? We must ignore the “crowded trades” and look for value in a different way.

The strength of the US economy is evident, especially compared to a clear slowdown in the eurozone, Japan and China as well as emerging markets. But we must avoid complacency. The rise in wages has been consumed almost entirely by inflation, and the last data of durable orders recorded a fall in July that we cannot ignore. Despite this, the United States will probably grow above 2.8% in the third quarter. 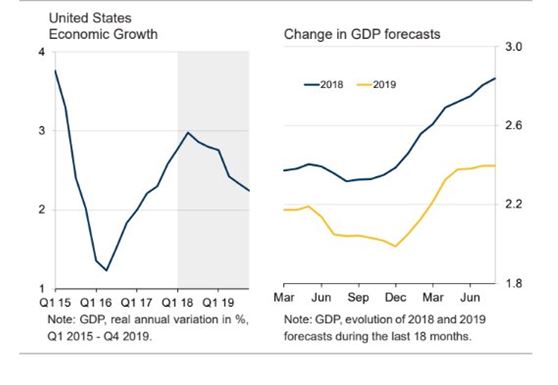 The Jackson Hole meeting has showed us something that we have already experienced in the past. Mixed messages and a poor capacity of predicting near-term growth. When I presented “Escape from the Central Bank Trap” at the Federal Reserve in Houston, I mentioned the poor medium-term forecasts of the central bank. In both inflation and growth, predicative ability has been more than disappointing. 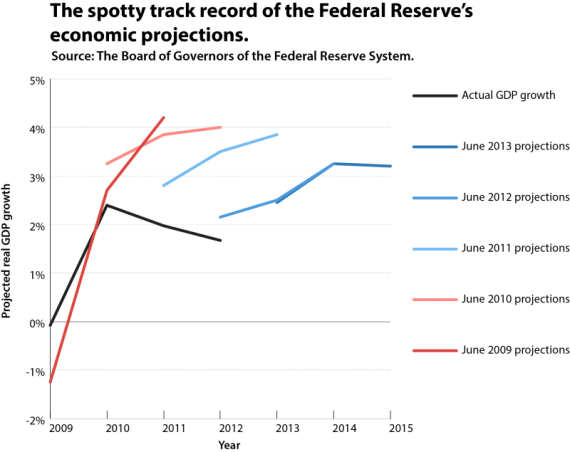 Therefore, it was logical that the message at this Jackson Hole meeting was, again,  mixed. On the one hand, the path of rate hikes is confirmed, but very little analysis has been done on the risk of excess stimuli. The Federal Reserve remains behind the curve and, therefore, it is not a surprise that the increase in money supply in the first half of the year has more than offset the modest reduction of the Federal Reserve’s balance sheet. 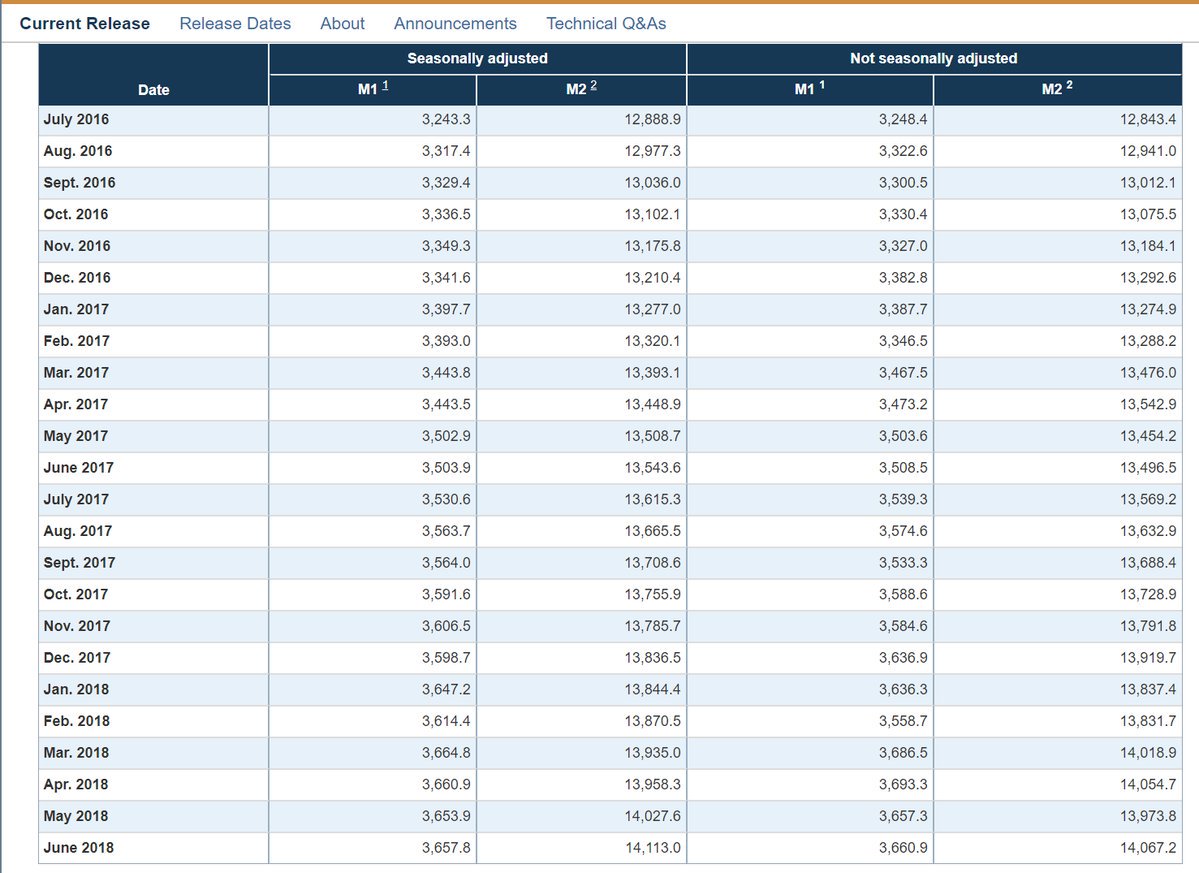 This data is very important to debunk those that “blame” the Fed for the collapse of emerging markets.

It has been a self-inflicted collapse after years of building imbalances. But it cannot be attributed to such a modest normalization of monetary policy. So much so, that M2 money supply grows in the United States well above the real gross domestic product.

As such, investors cannot expect a “bailout” from the US central bankers from the excess of complacency of emerging markets. The challenges of most of the emerging economies have nothing to do with a modest, and announced ad nauseam, rise in rates. They have to do with the same historical mistakes: thinking that fiscal and commercial imbalances will not generate a recession because everyone else does the same. 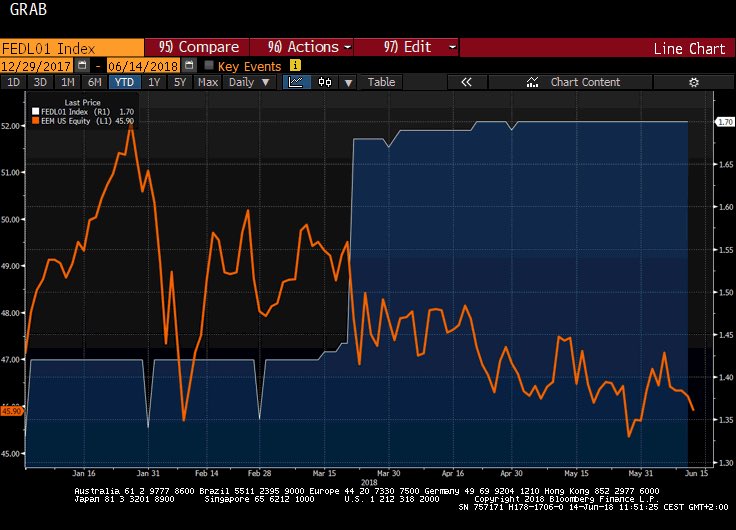 The messages at Jackson Hole show nothing but continuity, as the Federal Reserve always offers. But neither the consensus misguided words about the strength of the US dollar nor the nominal and real losses of investors in emerging markets are going to stop the path of rate hikes. The Federal Reserve has to accumulate tools before a cycle change and, above all, it has to recover the time lost during Yellen’s mandate, where golden opportunities to raise rates were lost due to an unjustified fear of the political calendar and the markets .

The Fed remains behind the curve, and needs to hike rates fast because the biggest risk for the US economy is not interest rates, but the chain of bubbles and excess risk built in financial markets. 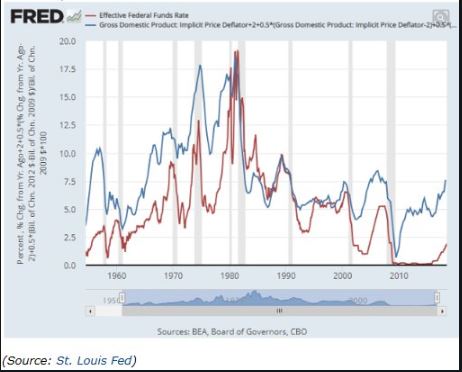 Recessions do not happen because the Fed hikes rates, but because it hikes too late, when complacency reaches unsustainable levels and high risk-taking and bubbles become threats to the real economy. Because when they burst they create negative ripple effects in jobs and growth, leading to a recession. 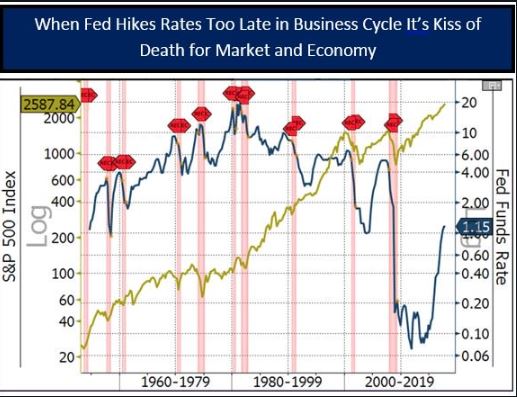 Europe is not affected by US rate hikes or policy normalization, but is falling into the same complacency trap before the end of the ECB stimuli. The slowdown of the main economies is normal, and a consequence of a model that limits growth, not monetary policy. But European countries have all but abandoned any hint of reform and countries like Italy and Spain are announcing large increases in deficits just as rates are about to rise and the eurozone is facing one trillion euro in maturities. The ECB can disguise structural problems for a while, but not forever.

Nothing seems to indicate a risk of crisis or a serious recession short term. What we are facing is simply the moderation of completely optimistic and artificially euphoric estimates. Considering the almost concerted actions of central banks, it is much more likely that we enter into a period of stagnation than a 2008-type crisis.

Those calls for “synchronized growth” and science fiction estimates face the reality of synchronized indebtedness and debt saturation.

Jackson Hole is not going to bailout investors or politicians from the bad decisions of recent years, because everyone in the Federal Reserve knows they have something more important to do: Defend a more sustainable US growth and avoid building a larger bubble that leads to a deep crisis.  Considering the risks built in the quantitative easing years, it is a difficult task.

It is true that the economic figures of the United States are largely positive, but we forget that what can derail the economy comes more from the excess of complacency in financial assets than current macro data. The Federal Reserve should know that recessions start when economic agents are too exposed to excess debt.

China has carried out a devaluation that does not solve its important internal problems. The central bank has already injected more than 130 billion US dollars in its banks to try to cover the risks, and instead of advancing in structural reforms, it has reduced capital requirements, encouraging the excess of indebtedness. Devaluation does not solve its problems, it accelerates them. A 10% tariff affects a very limited percentage of the economy, but a 10% devaluation impoverishes all Chinese citizens and worsens their ability to repay debt because fixed costs are not devalued and the cost of living rises much faster than official inflation.

Powell’s Federal Reserve is not the same as Yellen’s or Bernanke’s. It should not use policy to facilitate the expansion of the bubble in financial assets, emerging market debt or China. It should take action to avoid the excesses built in the domestic economy.

We already saw the risk of inaction with Janet Yellen and Ben Bernanke. Missing exceptional opportunities to truly normalize monetary policy. Because of that, there are collateral damages -excess risk-taking, high leverage in financial assets- that are now evident.

Jackson Hole should not be a catalyst for the markets to rise. if it is, they have not done their job correctly.  Emerging economies should not bet on the Fed to bail them out by fuelling the bubble further, but begin to solve their serious imbalances without expecting monetary miracles.

The Federal Reserve is not going to rescue inefficient economies. It has never done it. Disguising risks with excess optimism does not eliminate them, it only makes the landing harder and more complicated.