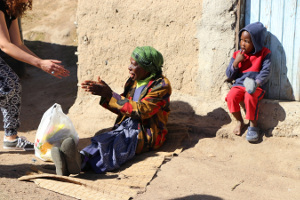 By the time you finish reading this article, some six hundred people from all over the world  will have escaped poverty.

In 1987, there were 660 million poor people in China. After its economy opened, that figure has fallen to only 25 million . In the same period, in India,  the number of poor citizens has been reduced by more than one hundred million people.

Despite these achievements, we are living in a time when this excellent news is ignored to focus on interventionist messages about wealth. You will read that “1% of the world controls 87% of the wealth” and things like “if the ten richest people in the world gave up their wealth there would be no poverty”.

The 635 million Chinese who have escaped poverty in the last thirty years disagree. They are delighted that China is the country where most millionaires are created every year and where the middle class grows the most, and thanks to prosperity there is a “growing inequality” that is not negative at all, but positive. Inequality was 0.30 when China was starving. It is 0.50 today and the vast majority of Chinese citizens are richer and better-off. Over the last 30 years, urban disposable income per capita in China grew at an impressive 13.2% annually while the share of the population that lives in urban areas increased from 22 to 53%.

Thanks to liberalization, opening the economy and capitalism, millions of poor people escape poverty, millions who become part of the middle class and a few who, thanks to progress, become millionaires. Nothing bad there.

But interventionists do not focus on the succesful models that have led to the unprecedented fall in poverty, they focus on “inequality”. If the world eradicates poverty, the bureaucrat’s job is gone.

Capitalism and free markets are not only proven to be the best and most efficient way to reduce poverty. Capitalist societies thrive reducing poverty and increasing the middle class. It means more and better consumers, better and more sustainable products and more development … and with it, more profits and better public services. Those who suffer from reducing poverty are the interventionists, the “redistributors of nothing”.

Contrary to what the defenders of fiscal repression say, capitalism does not benefit from poverty, it is bureaucracy and interventionism who “benefit” from keeping people poor. It creates unwilling hostage clients to their “solidarity” with other people’s money.

To think that confiscating the wealth of the rich would ends poverty is ridiculous, and it seems incredible that in 2017 we need to remind of the disaster and exponential increase in poverty that was created by expropriating the rich since the time of the assignats after the French Revolution to the recent examples of Greece, Argentina, Zimbabwe, Venezuela, etc. The list is endless.

The expropriation of wealth has only generated poverty and worse conditions for all. Besides, it is a lie . Once you expropriate the wealth of the richest citizens, in addition to destroying the employment of thousands of people, it does not remove the poor from their misery. What happens the following year? There are no more rich people to plunder. The poor increase and misery multiply on the evidence that, if you penalize success, you share failure.

Every January we witness two events, Davos and the Oxfam report. Many of you will think that they are two different and even antagonistic events, and yet they have a common thread. The glorification of interventionism as a solution to the problems created by interventionism.

It is not a coincidence. The transfer of wealth from the savers and the successful to governments is a good business. When it fails, it is always blamed on not having enough intervention. However, there is clear evidence of the economic disaster that is created when governments put as a central objectives redistribution and equality. Because these are consequences of prosperity, growth, and employment, not policy.

After interventionism, there is nothing left to distribute.

Inequality is not the same as injustice, as Nobel prize winner Angus Deaton explains, and it is not surprising that interventionists insist on placing inequality as the biggest problem instead of poverty and how to accelerate the growth of the middle class. They are the ones who pay for state excess with higher taxes. Reality is that a Gini coefficient of 0.40 is, in fact, a very high level of equality

It is not a coincidence that societies with greater economic freedom also have higher incomes and  better welfare, and even those who preach socialism know this. They collect donations and set their headquarters in the successful and rich west. Empty vessels make the most noise: California’s “redistribution” political agenda has resulted in an income inequality that is worse than Mexico’s, and the highest poverty level in America.

Capitalism and free trade have done more to reduce poverty than all government committees combined. For the bureaucrat the objective is to maintain the apparatus, not to make it unnecessary.

The debate about poverty and inequality has become an excuse to intervene, not how to keep improving. Interventionists do not want the poor to be less poor, just make the middle and upper classes less rich .

Interventionism assumes that inequality is a negative effect, not a consequence of prosperity. And some inequality is positive. If my co-workers are more successful than I am, it is an incentive for me to do better. Only when there is an inequality generated by success do societies progress, and welfare improves for all.

There is no greater inequality and injustice than egalitarianism, which eliminates merit and the incentive to improve. Egalitarianism not only does not reduce poverty, it increases it. Maybe, as Oxfam praised of  Venezuela eight years ago , “inequality is reduced”, by making everyone poor, except the redistributors. Those become millionaires.