The Federal Reserve, through its president Jerome Powell, has indicated that it is preparing to increase its balance “organically”. The effort to separate this latest monetary policy change of course from a full-blown new QE (quantitative easing) is, at the very least, amusing. If we look at what is being discussed, it has nothing to do with organic expansion and looks a lot like a new repurchase program.

Why has this announcement not affected the US dollar? The DXY Index is almost at highs of 99.02 at the close of this article. The main reason is that the dollar is not appreciating because the monetary policy of the Federal Reserve is hawkish, but because the central banks of other economies are much more reckless. The US dollar seems to strengthen as a safe-haven currency against other countries’ larger and worse financial repression actions. As such, the US dollar, gold and silver act as the best stores of value into a global slowdown where tother countries implement worse monetary policies as well as negative nominal rates.

The repo market crisis shows something that we have mentioned in this column several times. Central banks have created a monetary tsunami and thought they could manage the magnitude of the waves. The need to inject more than 270 billion US dollars into the short-term money market teaches us that liquidity is much lower than the Federal Reserve estimated and the agents’ debt much greater. If this happens in a dynamic economy and financial sector like the US and with huge liquidity providers, imagine when it happens in Europe, where those mechanisms do not exist with the scale of the US counterparts.

What the Fed proposes has very little to do with organic expansion. The Quantitative Easing programs repurchased between 60 to 85 billion dollars in assets per month. If we look at the organic growth of the Federal Reserve balance sheet prior to quantitative easing, it barely reached 3 billion dollars in a month. The Federal Reserve is discussing between 200 and 300 billion per quarter. That is not organic expansion but it is neither the type of measure that would trigger a surge in risk appetite from financial agents. So it is quite a lot more than organic expansion and also a lot less than what beta-chasing investors may require to keep their negative dollar carry-trade on cyclical assets.

This is a measure that will not satisfy those who need more excess liquidity and more stimuli to continue playing against the dollar but, at the same time, it further distances the Federal Reserve from normalization. If we assume the figures mentioned in different sources, the Federal Reserve balance sheet is unlikely to go below 25% of GDP in the next years.

The average investor may find contradictory messages in the Fed statements. Powell confirms that the economy is growing at a good pace, that unemployment is at the lowest level in 50 years and that core inflation remains above the Federal Reserve threshold, yet they also tell us that they have to cut rates and expand the balance sheet. Something does not match, and the explanation may lie in the need to keep an excessively leveraged market afloat and prevent the chain of bubbles in financial assets from bursting.

To me, these apparent contradictions in communication mean that the Federal Reserve is looking to prevent a financial asset meltdown while at the same time trying to avoid a higher concentration of risk. It may be, again, trying to manage the waves in the tsunami. 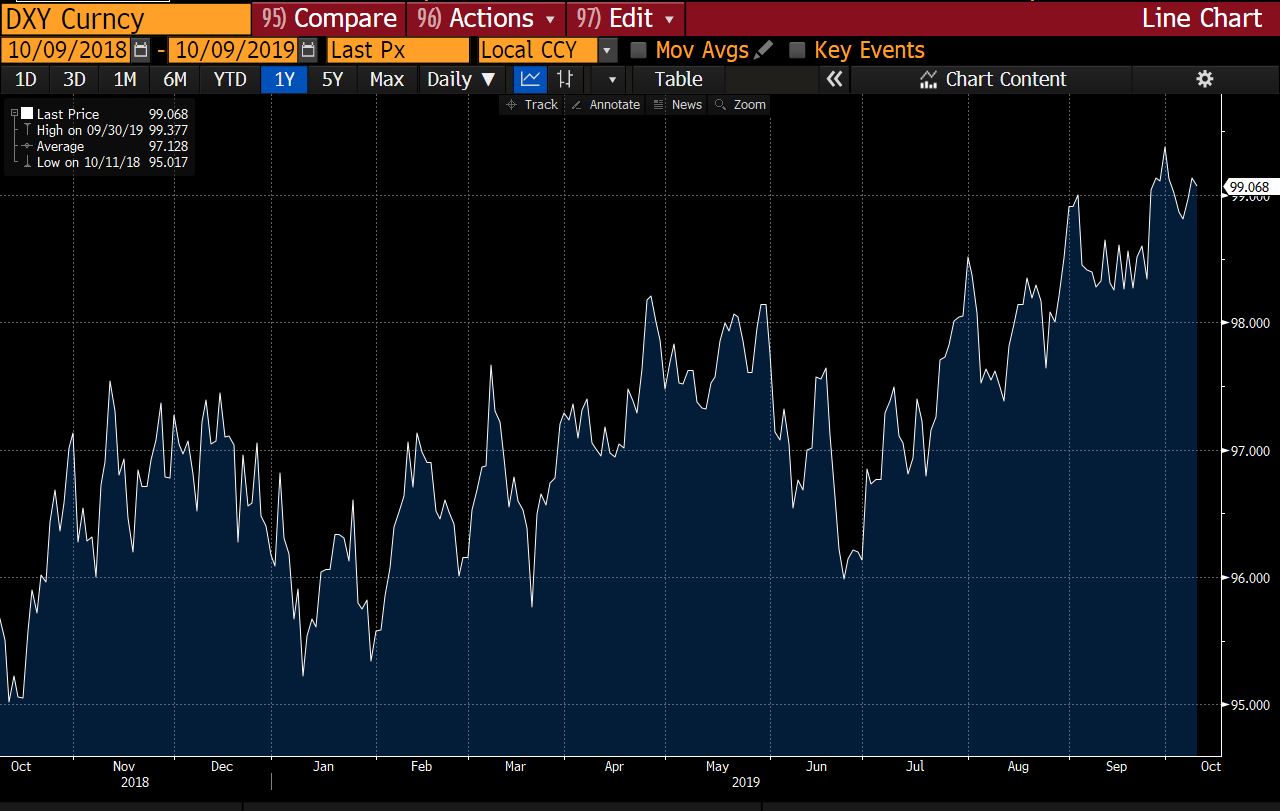