“The EU, China, and Japan all talk free trade, and they all practice protectionism” Wilbur Ross. 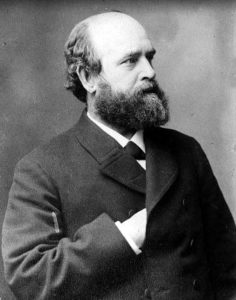 Protectionism only protects the Government. It does not defend obsolete industries, does not create jobs and certainly does not support growth. It only protects the government that imposes it, because the governments present themselves as saviors of the effects of something that they have no power to change. Progress and competition. As Henry George said, “what protectionism teaches us, is to do to ourselves in time of peace what enemies seek to do to us in time of war”.

However, protectionism has not magically appeared with Trump.

Between 2008 and 2016, no G-20 country implemented more protectionist measures than the United States. But it was the Obama Administration, so nothing happened. Yet the rise in protectionism was a key factor in the dismal growth of international trade seen in the period, as the WTO warned. The Bush administration also imposed tariffs on steel in 2002. None of those protectionist measures helped the industries involved, the consumer or the economy.

However. How do you protect the US against others’ hidden protectionism?

The first thing we must understand is that the United States has been subsidizing and bailing out the excess capacity of other countries’ industries for years.

The United States has applied to the G-20 on several occasions (the last in 2017), claiming against the absurdity of countries that maintain an obviously unnecessary production capacity. While China, the EU, and other countries subsidized and protected unnecessary excess capacity, almost all of them hoped that:

b) Try to sell in the United States the excess production at any price.

The G-20 called for transparency on productive capacity and, above all, data on real subsidies given by governments to sustain unproductive and obsolete industries. Nothing happened.

In 2017, China was responsible for more than half of the world’s steel production, some 800 tonnes, and has an excess capacity of more than 300 tonnes per year. In the case of aluminum, it is similar. China has increased its production from 10% in 2000 to more than 55% of the global total.

The problem? That it built excess capacity over what was already a troubled and overcapacity-ridden sector, far beyond its domestic needs. China subsidizes its inefficient and monstrously indebted state enterprises to sell abroad at any price, even at a loss, despite the fact that already in 2000 its productive output exceeded demand.

Year after year, countries met at the G-20 to discuss the problem of steel and aluminum. Overcapacity continued to build and be subsidized. Everyone put on a smile, signed an agreement on paper pledging to “be transparent” and sold everything they could to the United States, sinking prices by selling below real costs, in cases at prices that were between 50% and 106% lower than fair price.

That is the main problem. We have accepted globally that countries flood the market at prices below cost in the hope that “someday they will change” and with the excuse that they are the engine of growth in the world. But overcapacity remains, jobs do not improve and real salaries do not improve. And protectionist measures remain.

Markets like China and the EU try to export their subsidized capacity but their internal market is heavily intervened through impossible regulations.

Today, overcapacity in China is over 60% in some industries – we have also seen the case of solar panels – and the country continues to increase debt to the point that state companies are the least profitable and the most indebted. According to Gavekal, Chinese state-owned companies have an average return on assets of 3% and a debt of 160% of their capital. A time bomb. We just have to wait. Because it explodes, it always explodes.

But resorting to tariffs is not a solution. It is negative for consumers and the economy.

If China subsidizes and sells below an adequate price, it only hurts China. In the short, medium and long term. Now the question is: Does the United States have to subsidize or bail out this excess capacity? Clearly, no. But the solution is more free trade and more added value, not more protectionism.

By imposing protectionist measures, instead of forcing others to be competitive and open, we give them an excuse to intervene and keep their inefficiencies.

We must understand that the tariff policy always generates more disadvantages than the problem that it tries to solve. Read ” The Political Economy of Trade Protection : The Determinants and Welfare Impact of the 2002 US Emergency Steel Safeguard Measures” by Robert Read.

The solution to China’s dumping would have been much more rapid and effective if in the G-20 there were not many other countries that had the same strategy, selling overcapacity at a loss.

The solution to these practices is more global trade, not less.

These interventionist practices are allowed because political powers use bilateral treaties to grant unnecessary advantages to semi-state-owned conglomerates or decide to look the other way at other countries’ barriers to trade. If the world trade organization, WTO (World Trade Organization), imposed real and severe fines on anti-competitive practices and did so effectively and quickly, this would not happen. But the mirage of growth and thinking that if you look elsewhere, countries will stop imposing anti-trade practices, has clouded many.

The imposition of protectionist tariffs will not trigger inflation. In fact, it is disinflationary. Overcapacity remains because it is global, not country specific. However, economic growth is negatively affected, and the disinflationary effects of falling consumption and economic activity are greater than the alleged inflationary ones.

Furthermore, if we believe that we can impose barriers to trade and at the same time expect to export more goods and services, we are simply dreaming.

In the United States, they tell me that the typical six-pack of beer will rise from $ 7.49 to about 8.5 in a month. Less beers will be consumed. Sorry, inflationists, the highest estimates are a 0.1% rise in core CPI (Barclays). And the retaliation measures of others will likely reduce international trade as we saw between 2008 and 2016.

The solution to the US trade deficit is not tariffs. The US exports too little (11.9% of GDP). It should and can export a lot more.

The US has more added-value goods thanks to cheap imports. The Solution to the trade deficit and China’s protectionism is not to copy it. It is more trade, more exports of high added value production.

Trump wants other countries to wise up and stop implementing barriers to trade and subsidies to overcapacity while they talk free trade. But it is a dangerous strategy.

China will not suffer from these measures. They simply give them an excuse to justify its interventionism. The most disadvantaged will be consumers and poor countries, which suffer the double effect of lower trade and barriers to grow.