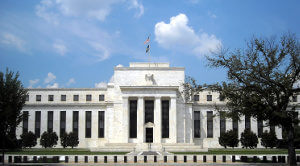 Many independent analysts, however, say that the first argument—the absence of inflation—is not true. According to the Devonshire Research Group, the real U.S. inflation rate is almost three times the official rate of 1.9 percent.

This higher rate would be more consistent with the lack of enthusiasm about low unemployment and the general state of the economy. Most families seem to feel that prices are rising faster than wages and growth.

To debunk the second argument—that current monetary policies carry no risks—is trickier. While markets are at all-time highs and bond yields are abnormally low, there are multiple arguments supporting or denying that we are in a financial markets bubble. Looking at valuations, earnings, and the ability of companies to repay debt, it is not difficult to at least agree that the level of risk relative to return in the stock and bond markets is abnormally high.

The Federal Reserve’s decision to “normalize” its monetary policy is also questionable. After rates were cut by 5.25 percent to zero and the Fed’s balance sheet was increased by $3.6 trillion after the last crisis, the pace of normalization set by the Fed at its last meeting is not particularly normal.

Besides, the Fed always fails to deliver the number of rate hikes it promises for a given year. It thus makes sense to see stock markets reach new all-time highs and the demand for high-risk bonds soar.

Avoiding the Next Crisis

Another reason for why I question the term “normalization” is the abnormal balance sheet size that the Fed will have even if it delivers on the promise to reduce it by $10 billion a month.

The Fed increased its balance sheet with its quantitative easing program, purchasing bonds and mortgage-backed securities, from $900 billion to $4.5 trillion. It would take more than three decades at this pace to truly normalize monetary policy and three times the rate hikes announced to achieve the rates the market suggests.

What the Fed is trying to do is obvious: avoid a financial crisis. It is interesting that the Fed acknowledges it must slow down the pace of normalization because it worries about the market response. At the same time, it denies the existence of a bubble.

The clearest sign of a bubble is that the central bank is unable to normalize policy in a growing economy almost at full employment and with inflation above target. This is an unequivocal signal that the Fed knows that markets are in a bubble that could burst as quickly as it was formed.

The risk of delaying normalization in a strong economy is that the bubble continues to inflate, and the central bank may well run out of tools to combat a crisis when the bubble pops. In a market where volatility is so low and valuations so high, it only takes a small shock to create a domino effect.

We do not know what will trigger the burst, or when it will; we just know that it will happen abruptly. If central banks find themselves with meager rates already and very loose credit conditions, the real risk is that the traditional tools of monetary policy will not work in the event of a market shock.

If conditions are so loose, rates so low, and the balance sheet so inflated, fighting a market scare by lowering rates and buying assets will be ineffective.

The “no-normalization” is being hailed by mainstream commentators as a genius move on the part of the Fed. “They are normalizing without affecting markets,” I heard recently. Most market participants are praising the ultimate success of central planning. And most are just playing with words by calling this “normalization.”

However, the trick might work with the Fed and the United States. Why? The same reason the first round of quantitative easing worked: because the U.S. dollar is the world’s reserve currency, and U.S. monetary policy generates local effects with global consequences.

Commodities soared, the U.S. dollar lost purchasing power, and the United States was able to export inflation to emerging markets while importing capital. A similar pattern may unravel with this “no-normalization,” but in the opposite direction.

The United States will see its currency strengthen but not enough to cause havoc in dollarized emerging economies, while demand for U.S. Treasurys will rise without massively disrupting other markets like stocks and corporate bonds.

But the rest of the world’s central banks do not manage world reserve currencies, nor do they operate in capital markets as dynamic and liquid as those in the United States. The real risk of the possible success of the U.S. “no-normalization” is that other central banks decide to also try it, with very unexpected and unintended consequences.

Monetary policy can create dangerous and perverse incentives, and the Fed might cause a bigger problem by playing it safe.

Daniel Lacalle is the author of “Escape from the Central Bank Trap.”

Courtesy of The Epoch Times