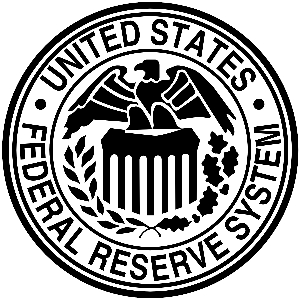 If there is something that is evident is that the United States does not need a rate cut.

With the economy growing at 2.1%, unemployment at 3.6%, creating 170,000 jobs per month, and estimated underlying core inflation of 2%, no objective data justifies cutting rates that are already artificially low. Wages are rising by 3% and credit growth for companies and families is solid.

There is also no public sector financing problem. The 10-year US bond trades at a 2.05% yield, consistent with the country’s growth and inflation. In real terms, the United States borrows at almost no cost and without Federal Reserve support, as all bond demand comes from the secondary market.

If the Federal Reserve cuts rates it can be for two reasons: One, because it expects a drastic and abrupt worsening of the economy, but that is apparently not the case, as the Fed itself talks of a “solid” economy. The second reason would be more concerning. The Federal Reserve would cut rates as a reactive measure against the monetary assault of the ECB (eurozone), the PBOC (China) and the BOJ (Japan). That is because it is recognizing in a veiled way that we are in a dangerous bubble inflated by central banks, and that we are heading for a currency war. It is no surprise that the dollar index (the DXY) has risen despite expectations of lower rates and even repurchase of bonds via reinvestment of interests in the United States. When all major economies “copy” the Fed without having the financial balance, economic dynamism and global reserve currency of the United States, they are basically implicitly saying “buy dollars”.

In the eurozone, there is a similar case. There is no need to cut rates and launch another stimulus, which by the way has never been abandoned, by the way, since all expirations are repurchased). The excess liquidity in the ECB exceeds 1.79 billion euros, rates are already negative and the eurozone governments issue debt at negative and artificially low yields. The credit market shows the risk of dangerous bubbles when the spread between junk and high-quality bonds has fallen to historic lows.

The problem of stagnation of the eurozone and other economies has nothing to do with rates. Businesses and consumers are not going to take more credit or invest more due to a 0.5% change in already artificially depressed rates. The problem of stagnation in many economies is not due to lack of monetary stimulus but its excess. Zombie debt is perpetuated, overcapacity is maintained and malinvestment in high risk and low productivity sectors is encouraged.

The risk to markets is that investors fall again into the trap of betting on “the worse, the better”, that is, taking more risk despite the fact that the earnings’ season and macro data are disappointing, with traders betting it all on new liquidity injections.

The Fed and the ECB face the devil’s alternative. If they normalize monetary policy, they risk an abrupt and widespread correction in risky asset prices, and if they do not normalize, they lose tools to face a true cycle change. The Federal Reserve still has some tools, but the ECB is already in diminishing return territory in monetary policy.

The United States does not need a rate cut, but it probably will. Reducing exposure to the most cyclical part of portfolios may be a good idea because the race towards negative rates of the global economy has only one result: secular stagnation. Central banks will keep risky asset prices, but we cannot forget collateral damages. When high productivity is fiscally penalized and monetary policy is rewarding the most inefficient and indebted parts of the economy, growth suffers and bubbles reach systemic size.