The ECB is creating a dangerous bubble and should not have cut rates by 10bps nor added a new purchase program of €20 billion per month.

1) Eurozone states are already financing themselves at negative rates. There is no need for lower rates and this disguises real risk.

This has saved governments more than 1 trillion euro in interest expenses (handelsblatt.com/today/finance/…)

2) The ECB has not abandoned its stimulus. It repurchases all maturities, launched a liquidity injection (TLTRO) in March 2019 and balance sheet stands at almost 40% of eurozone GDP. 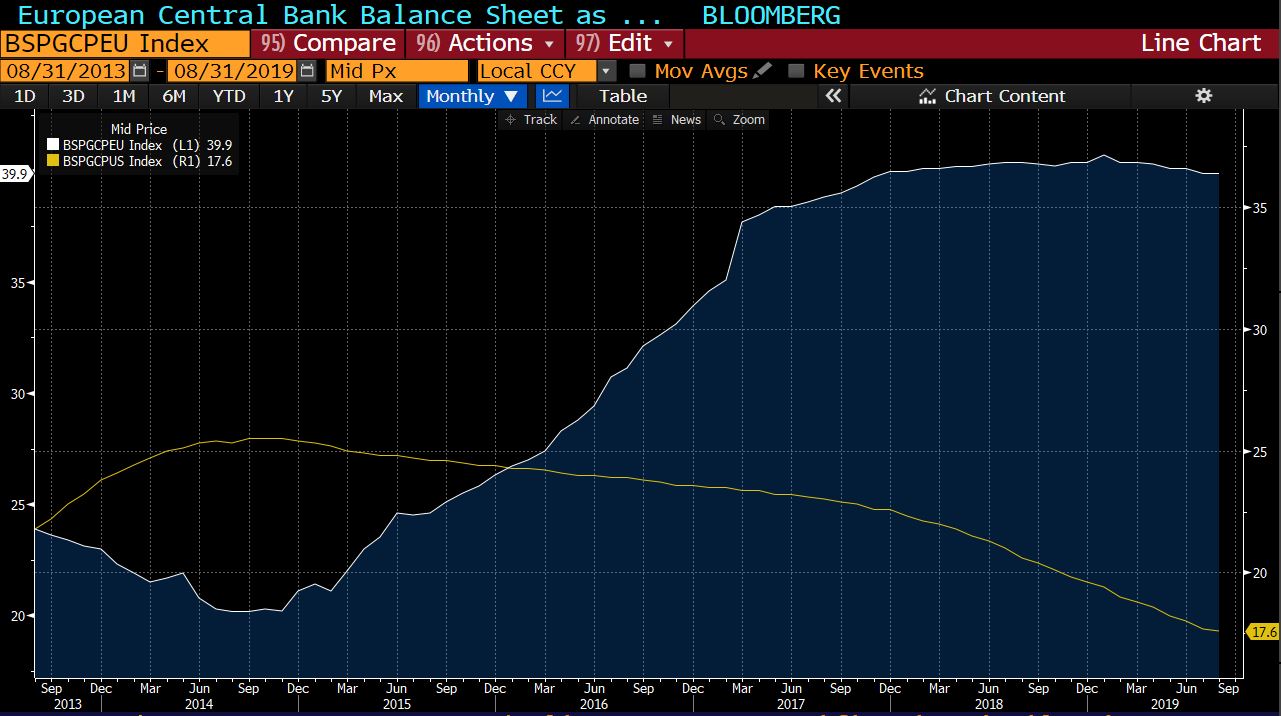 There is no higher solvent credit demand because monetary policy perpetuates overcapacity and zombifies the economy. Share of zombie companies has soared c30% since 2013 (BIS) 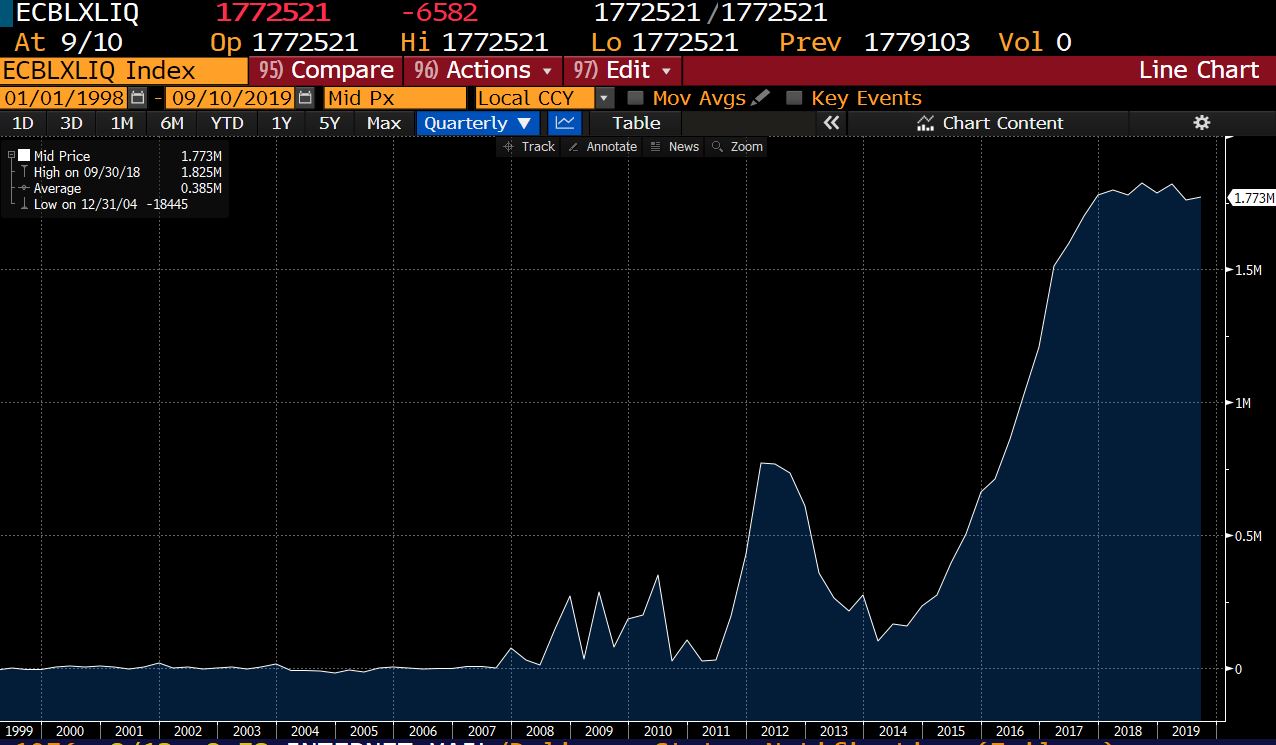 4) Interest rates are already negative. This has caused a 23 billion euro loss for banks (according to Scope Ratings) and a worrying rise in junk debt demand. 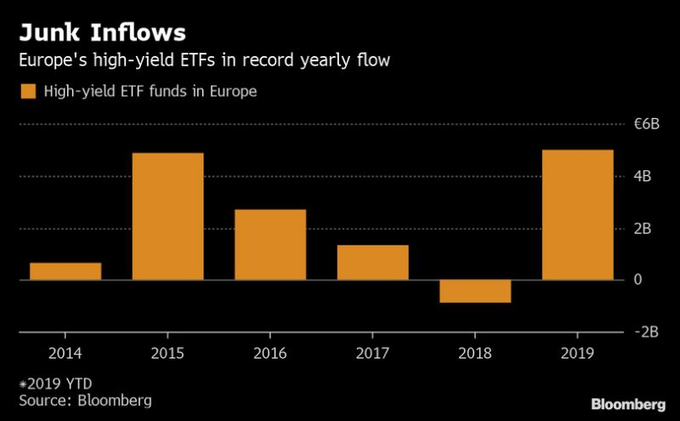 5) There is no evidence of a need for more credit growth. Rather the opposite.
The ECB believes the eurozone problem is one of excess saving and lack of demand when it is of excess debt and oversupply.
6) Negative rates zombify the economy and are a massive transfer of wealth from savers and productive sectors to the indebted and inefficient. 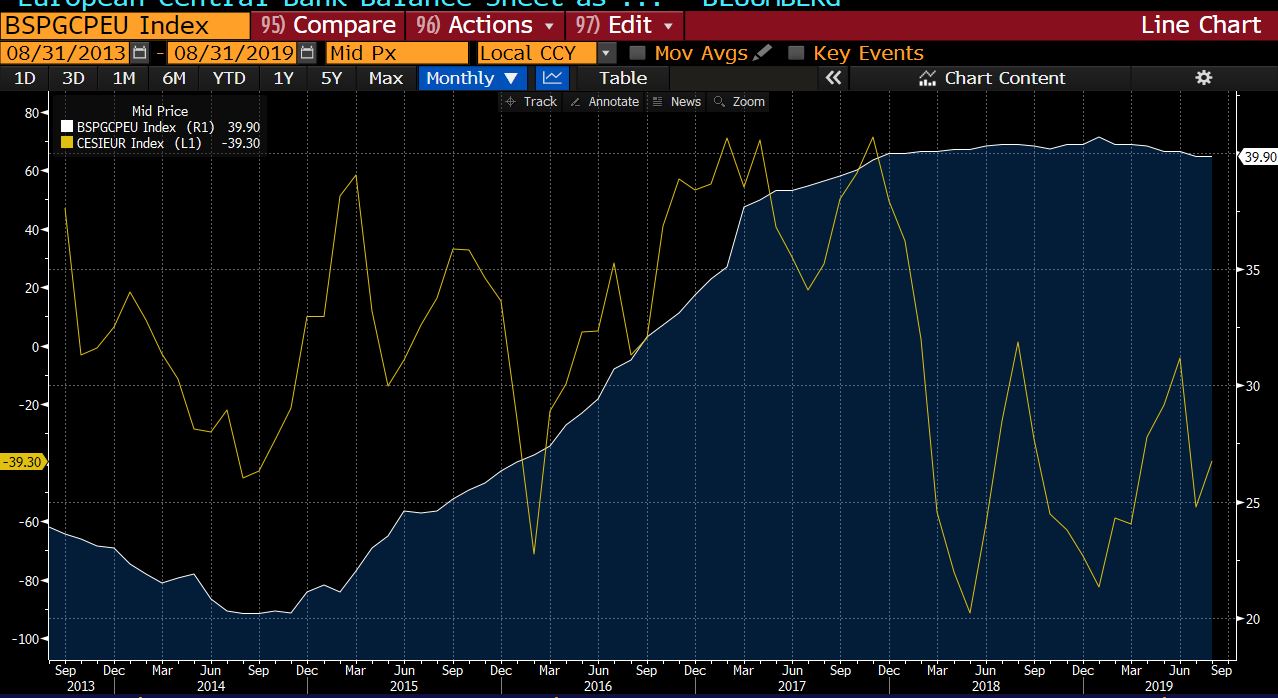 7) The ECB already accumulates a disproportionate amount of sovereign debt as well as corporate bonds of issuers that never had a problem financing themselves at low rates. 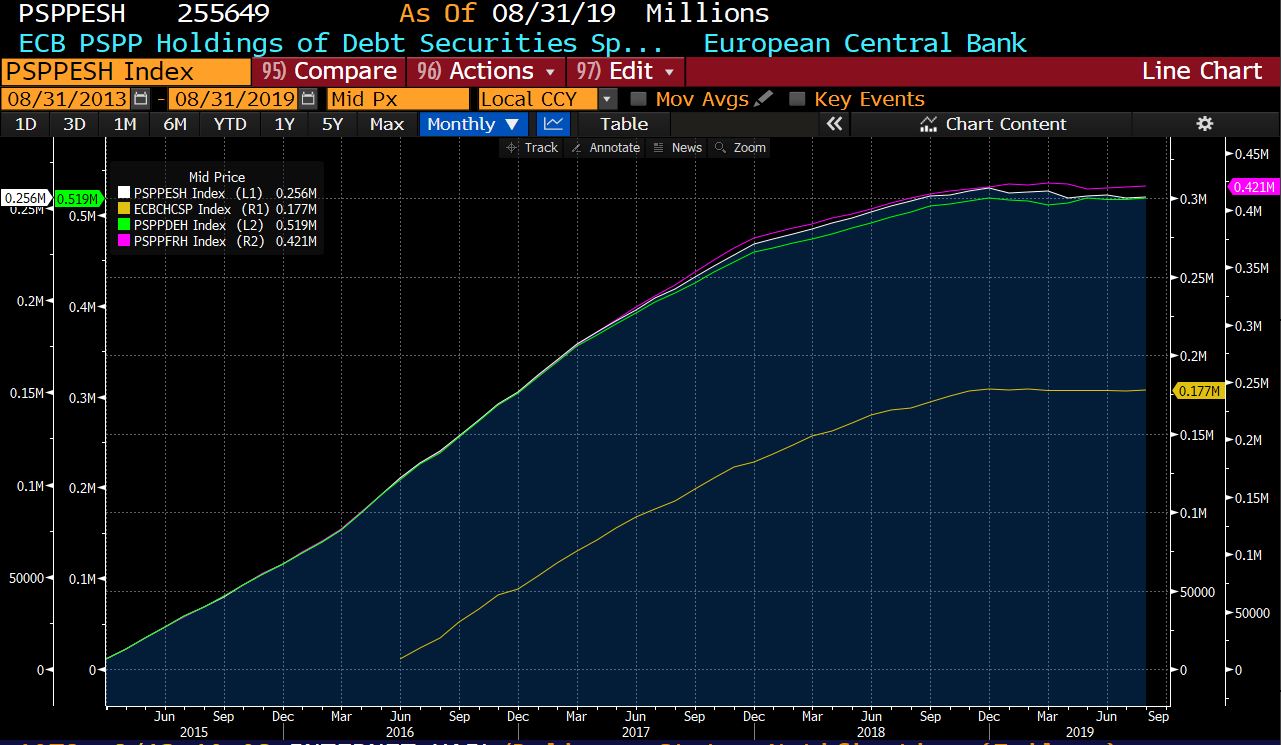 This disguises risk and creates an enormous bubble.

8) The problem of the eurozone is not one of lack of stimuli, but an excess of them. 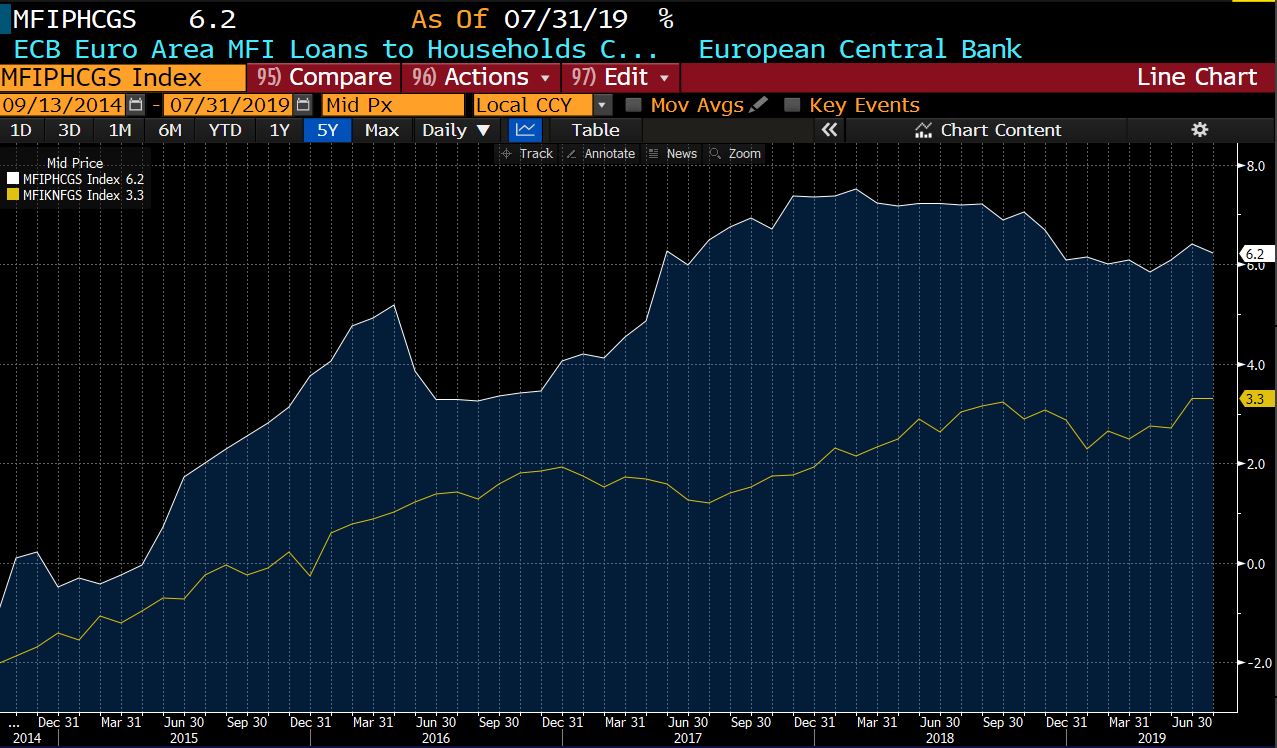 9) When this fails or -even worse- explodes, central planners will likely blame “markets” or “lack of stimulus” to repeat.

10) Saying that negative rates are “demanded” by investors is a sad excuse.

The ECB should have:
. Raised rates modestly to show signs of normalization putting rates closer to inflation, as well as giving the opportunity to understand what is the real demand in the secondary market for sovereign bonds.
. Condition all asset purchases on governments implementing structural reforms and delivering on deficit targets.
. Redirected the liquidity injections to a broad-based asset purchase system for specific requirements with a dividend and solvency commitment from financial entities (so the ECB gets liquidity back in dividends) and eliminate the negative rate on deposits.
. Increased detail on forward guidance to monitor the level of success of measures.
The eurozone’s key problems are:
. Demographics. The aging and diminishing population have significant impacts on consumption and investment patterns.
. Excess capacity. The eurozone economy is excessively leveraged to the global economy and has increased capacity expecting a growth that never happened.
. Malinvestment. Years of negative rates have incentivized current spending and malinvestment in low productivity or subsidized sectors. Multi-factor productivity growth is close to negative.
. Technology. The eurozone has not lost the technology battle, it never presented itself to it. Lack of technology innovation, strong companies, and intellectual property are a burden on growth.
. Government intervention. High tax wedge and excessive regulation on high productivity sectors while massive subsidies to low productivity sectors have made the eurozone economy less dynamic. Almost all stimulus plans have been directed at government spending.
. Lack of competitiveness. The excessive burden on the industry under misguided environmental measures like the price of CO2 and other taxes have not boosted the green economy and weakened the industrial fabric.
None of these are likely to be solved by increasingly loose monetary policies. In fact, loose monetary policy acts as an unintended perverse incentive to maintain those imbalances.

1 thought on “The New ECB QE Is A Mistake. Here Is What It Should Have Done.”