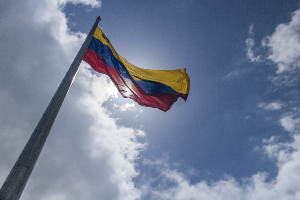 Much has been written about the economic disaster perpetrated by the Maduro-Chavez regime in Venezuela. The magnitude of it is simply difficult to match. A sad global example of how to destroy a rich country.

The mistake that many make is to think that this wreck has been caused by a combination of incompetence and folly. And they are wrong. The Venezuelan socialist regime has carried out the largest organized robbery in history and has done so with a perfectly designed plan.

The plan was always to expropriate the wealth of the whole country for the benefit of a few political leaders through plundering, destruction of currency and decapitalizacón of the state oil company

What has happened to Venezuela is not a disaster or a coincidence, it is socialism.

It is important to start by debunking the lies of the regime propaganda:

The nonexistent blockade. The United States is one of Venezuela’s largest trading partners. Trade between the United States and Venezuela in 2018 grew by more than 9%. Venezuela has bilateral trade agreements with more than 70 countries. Chavismo, like the Castro regime in Cuba, manipulates its followers by calling the sanctions against members of the regime and the fraudulent use of the country’s funds a “blockade”. The only blockade suffered by Venezuela is that of Chavismo against its citizens.

The nonexistent excuse of oil prices. Venezuela is the only OPEC country in economic depression and hyperinflation. All the oil-producing countries have adapted their economies without falling into the economic destruction and generalized poverty created by Chavismo in Venezuela. Chávez used to say “put the price of oil at zero and Venezuela will not enter into crisis”. It was not necessary. Venezuela squandered the oil revenues received during the first decade with Chavez when crude oil prices rose exponentially and destroyed any hint of wealth later.

The real coup d’état. The only coup is the one that Maduro perpetrated when he manipulated an election whose result was not recognized by the majority of Western countries, with a totalitarian constituent process whose result is not recognized even by the company in charge of the voting system (Smartmatic). Chavismo has used seemingly democratic instruments to silence and destroy the National Assembly and perpetuate Maduro in power through fraudulent elections.

“It is not real socialism”. Many say that Venezuela is not true socialism. If anything has characterized the Venezuelan regime is that it has applied the socialist recommendations and policies by the book: Systematic attack against property rights and nationalization of means of production as established in the National Socialist Plan 2007-2013: expropriate companies, use the box of state companies to political purposes, impose intervened prices and print money massively.

The Venezuelan economic wreck is the biggest organized robbery in history:

First robbery: Expropriation. The Center for the Dissemination of Economic Knowledge (Cedice) estimates that more than 2,500 companies have been expropriated by the Chavez-Maduro regime. Of these companies, the vast majority are now bankrupt and have been devastated by socialist management. The NGO Transparencia Venezuela, in its report Property Owned by the State in Venezuela, describes as “terrible” the management of expropriated companies using ideological and political criteria: “Instead of increasing production, it has decreased.”

Second robbery: the decapitalization of PdVSA. In 1998, PdVSA produced 3.5 million barrels per day, today it does not reach 1.3 million. Meanwhile, the government multiplied the number of employees, firing many excellent Venezuelan engineers and filling the company with crony political supporters, going from 25,000 employees in 1998 to 140,000 in 2017.

PdVSA went from being one of the most efficient and important oil companies in the world to a disaster on the verge of bankruptcy. From their financial statements, it appears that the government drained up to 12 billion US dollars in some years to finance political spending, destroying the cash-flow, balance sheet and the future of the company. These funds have disappeared in a network of clientelistic interests and offshore accounts of regime leaders. Brutal cost increases, spectacular worsening of production and plundering of the cash flow to pay for political spending led the company to increase debt to more than 34 billion dollars, after having been one of the most profitable and with the best balance sheets in the world.

Third robbery: Savings and wages. Inflation, the tax of the poor.  The Chavez regime economic advisers repeated, “printing money for the people does not cause inflation”… Money supply has been increasing exponentially, by 3,000% in a single year, 2018, destroying the purchasing power of the currency.

The strategy is simple, and it is textbook socialism: The government massively increases spending, subsidies and public employment printing local currency thinking that the dollars come from heaven because the Government says so. Then, it destroys its economy by expropriating companies, sinking the private initiative and imposing prices that do not cover the cost of production due to the destruction of the purchasing power of the currency. As such, the economy enters into a downward spiral, so the government continues to spend even more in nominal terms and finances it by printing more worthless paper notes while its foreign exchange reserves plummet. The currency becomes worthless and the government generates hyperinflation and poverty.

Venezuela is today the most unequal country in Latin America (ENCOVI, 2017) and one of the poorest. In 2014, extreme poverty was 23.6% and in 2017 it was 61.2%. Total poverty exceeded 87% in 2017 (according to a study by the Central University of Venezuela and the Simón Bolívar University). Venezuela’s economic freedom score according to the Economic Freedom Index of the Heritage Foundation is 25.9, making its economy the 179th in terms of freedom in the 2019 Index. One of the least free economies in the world. According to the Index “monetization of large public deficits, coupled with mismanagement of the state-dominated oil industry, has led to hyperinflation and shortages of foreign currency, basic goods, and industrial inputs. An economic plan launched in August 2018 included the removal of five zeroes from the currency, a massive devaluation, and another large increase in the minimum wage amid persistent ad hoc policy interventionism, heavy state control of the economy, and blatant disregard for the rule of law”.

During the dictatorship of Maduro inflation has reached one million percent and the IMF estimates that it will be 10,000,000% by 2019. Ricardo Hausmann, a professor at Harvard University, perfectly explained the destruction via printing of currency: “When Chávez came to power, the dollar was at 0.547 bolivares (547 of the old). When Maduro arrived it was 26 bolivars: 48 times more expensive. Now Maduro devalued to 6,000,000, 231,000 times more expensive than he found it and 11,000,000 times more expensive than when Chávez arrived. ” Thus, after several increases in the minimum wage on paperless paper, that minimum wage has been at less than $ 17 per month. “Printing money for the people.”

The result of this organized robbery? More than 300 billion US dollars stolen, according to the National Assembly, a devastated economy and massive poverty. Textbook socialism, same results as always.

1 thought on “Venezuela. A Case of Socialist Organized Theft”