The amount of bonds with a negative yield is higher than $14 trillion, according to Bloomberg. This means that by the end of 2020, almost 25% of the Global Government Bond Index will have negative rates.

Who buys these bonds and why? 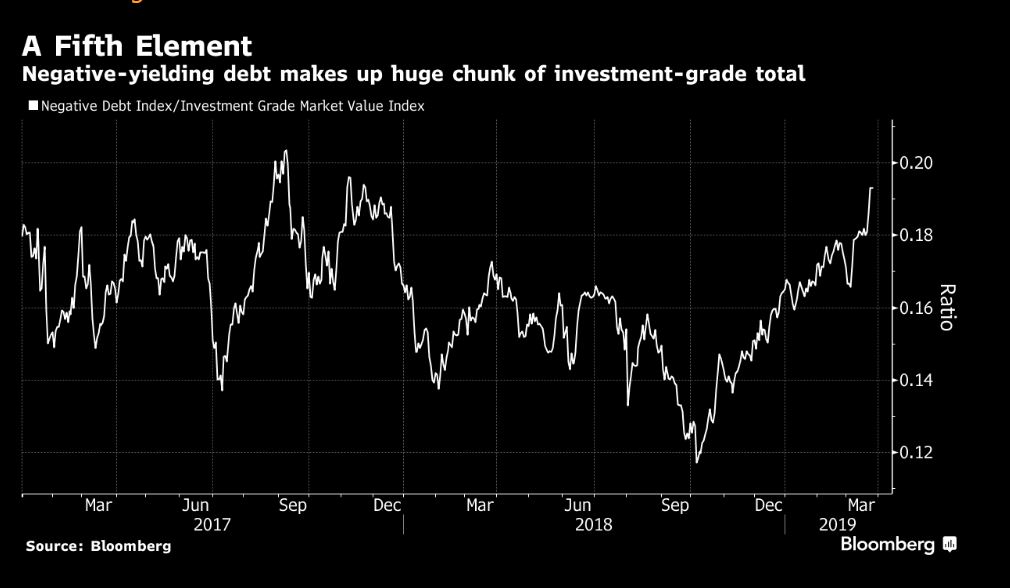 Let’s first look at the environment.

“Financial repression” is the term used to identify a period of extremely low interest rates and constant liquidity injections. It negatively impacts savers with the questionable objective of forcing – hence the word repression – citizens to stop saving and increase consumption and investment.

The peak of financial repression is nominal negative rates. Advocates of this practice justify it from the fallacious argument that saving is too high and that what you have to do is force economic agents to spend. If the price of money is too low, consumers will prefer to spend and companies will use their surpluses to invest even if profitability is poor.

However, it does not happen because there is no evidence that citizens are saving too much at all, or that companies are not investing where and when they need to. Many countries have exceeded the debt saturation threshold, with more than 320% of GDP of total public and private debt according to the IMF. Thus, financial repression achieves the opposite of what it intends. When central planners implement more repression, economic agents decide to be more cautious, not less, because citizens perceive that the price and quantity of money are artificially manipulated and do not reconcile with the reality of the economy that we live in.

Contrary to what Keynesian economists believe, extreme financial repression leads to even more cautious reactions from economic agents. Preferences remain focused on being conservative in the face of increasing uncertainty.

Why do citizens become more risk averse amidst dovish policies? Why do companies not invest as much as central planners want in the face of low interest rates and extreme liquidity?

Because they do not trust the economic environment and the reality they see differs from the sugar-coated central bank-created image. Because the certainty of the fragility of economies is not disguised by manipulating the amount and cost of money. Governments that increasingly consume more resources from the real economy make household consumption and private investment a high risk.

So who buys bonds with negative returns?

– Someone who thinks that the stock market and risky assets are going to collapse due to high valuations, liquidity saturation from endless stimuli and their low impact in the real economy. Therefore, faced with the possibility of losing 1% in a bond compared to losing 20-30% in other asset classes, their preference is obvious.

– Those who expect rising demand for safe assets as fund flows exit equities in favor of bonds, and bet that price will rise despite the negative yield, compensating the coupon loss.

–Those who think that governments and central banks know how to get into quantitative easing, but have no idea how to get out. For this reason, they may expect to see further reductions in interest rates and more monetary expansion plans, which will strengthen demand for low-risk bonds further.

– Those who analyze these expansionary policies and currency wars and, instead of seeing inflation risk, estimate a greater deflationary probability, as overcapacity and debt stagnate the economy.

Also those that cannot do anything else. Many fund managers need to own sovereign bonds due to the restriction of their mandate, so they have to hold a minimum weight of each sovereign bond because they are either indexed or forced by the mandate.

Financial repression only achieves the opposite of what it seeks to achieve. All it creates are short-term bubbles in risky assets.