This article was published in Israel here. 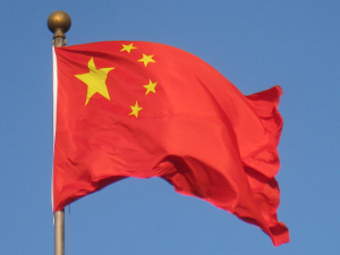 Many of our readers might remember the late 80s. There were hundreds of movies, songs and books about the inevitable Japanese economic invasion. The ones of you that did not live that period can see that it did not happen.

Why? Because the Japanese growth miracle was built on a massive debt bubble and, once it burst, the country fell into stagnation for the better part of two decades. It still has not recovered.

Many economists and investors feel relieved because China is still growing at 6.8%. They should
think twice. On one side, that level of growth is clearly overestimated. By any realistic measure of
growth, China’s Gross Domestic Product annual increase is significantly lower than the official
figures show. Patrick Artus, global chief economist at Natixis Global Asset Management, as well
as other economists have noted that there has been a significant decoupling since mid-2014
between the government’s official growth reading and more reliable indicators. On the other
hand, even if we agree with the official readings, this growth has been achieved using a
worryingly high level of debt.

Chinese growth of 6.5% per annum came with more than 14% annual growth in money supply.
Total debt has quadrupled since the financial crisis, and official messages of “measures to curb
indebtedness” have shown a different reality. China has added more debt in 2017 than the
The European Union, the US, UK, and Japan combined. The IMF estimates debt as a proportion of
Gross Domestic Product may rise from 235% to almost 300% by 2022.

This increase in debt would not be a concern if it yielded solid economic returns, but the latest
figures show that more than 40%of the Hang Seng Index components are adding debt to repay
interests, and China needs now four times more debt to generate the same growth as in 2007.
Now bond yields are soaring, which triggered a rise in bond cancellations. Companies
postponed or canceled a total of 71 bond issuances worth a combined $13.42 billion in
November, according to Reuters. Although bond yields are not at excessive levels, with the
Chinese 10-year bond still below 4%, most companies and households cannot absorb a modest
rise in yields due to the weak returns and revenues they have. A massive housing bubble has
made high-risk debt rise.

Overcapacity has soared, and industries face the impossible task of keeping capacity and jobs
as well as deleveraging. And exporting its way out of overcapacity is not easy.
In 1992, only two G20 countries had China as one of their top five export destinations, now there
are fifteen. However, in 1992 China had a productive capacity deficit, now it has 60%
overcapacity, and – as it cannot destroy that excess in a centralized planned economy – it
intends to export it. But this is almost impossible to achieve when excess capacity is an endemic
problem all over the world.

It is true that Chinese imbalances are mostly local-currency denominated, that household
savings rate is healthy and that the high productivity sectors are doing well, but that was the case
with Japan in the late 80s as well. And none of these factors offset the large risks created by the
housing bubble and excess debt taken by state-owned conglomerates and private businesses.
These risks are highly disinflationary and are likely going to impact long-term growth and inflation
expectations globally. As China tries to export its way out of the bubble, the impact on prices and
trade all over the world should not be underestimated. We should not ignore the financial risks
either. Although China’s financial concerns are mostly concentrated in its own system and
currency, this does not mean that worldwide spill-over effects can be ruled out.

China is a big risk, and the best outcome for all the world economies is that the government
forgets impossible growth targets and focuses on reducing the rising financial imbalances. All of
us will prefer a modest Chinese growth-rate rather than an inevitable crisis.

1 thought on “Why We Should Worry About China”