Do not worry about those who make catastrophic predictions. The history of blunders of the end-of-the-world doomsayers is so vast that only a politician could ignore them. Let us remember that, according to “scientific analysis” of a few decades ago, we would have run out of oil and water already seventeen years ago. Ignoring efficiency, technology and substitution is the favorite hobby of subsidy collectors.

The problem of “combating climate change by a committee decision” is that it neither does so, neither helps consumers.

But there is good news. Decarbonization is unstoppable. Not thanks to a summit or due to politicians, quite the opposite. Thanks to competition, technology, innovation and private research. Thanks to human ingenuity. Coal has been disappearing from the global energy mix for decades, despite – not to thanks to – government decisions. And the same is happening with oil.

There are important facts to remember: 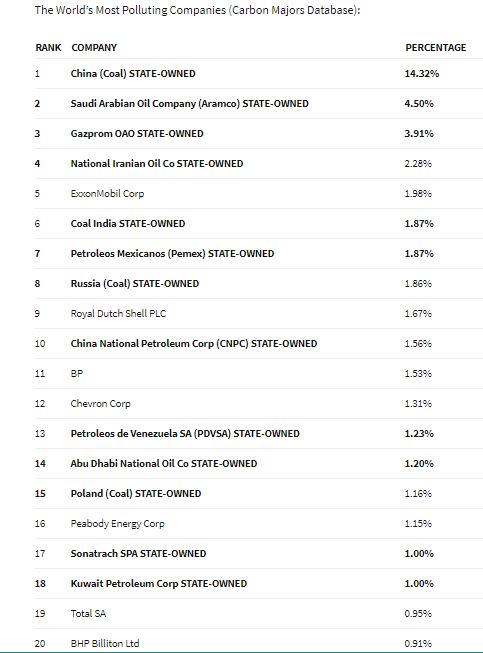 The gradual decarbonization of the US has not only come from healthy competition between natural gas and renewables, but a cheaper transition has helped the consumer.

Decarbonization is unstoppable, but it would be even faster without the pitfalls of those who today present themselves as saviors of the Earth while in reality they just tax citizens to perpetuate polluting “national strategic champions”.

Interventionism and socialism have never protected the environment. These systems always subsidize the most polluting sectors and raise taxes on citizens with the excuse of climate issues.

An important way to contribute to environmental improvement is Socially Responsible Investment (SRI). It has grown exponentially in recent years. The rising importance of social, environmental and governance (ESG) aspects in decision making as well as in asset allocation is undeniable. Not only returns have proven to be as good as those of major indices, but these investments are usually less volatile than standard funds or indices.

It is essential to focus on real economic returns in a mid-cycle environment as well as monitoring excess leverage. Strong fundamental analysis, diversification and avoiding herd mentality are essential to prevent large outflows and a negative impact on socially responsible investment growth once the cycle changes.