Despite the headline concerns about the rise of radical parties like France´s National Front, Syriza, New Dawn and the Danish Popular Party, in the elections 172 million people voted and less than 7.5% are votes for parties who are remotely in favour of breaking-up the Euro. If we take out the UKIP impact in the UK, as the country is not in the Euro, the “anti-single-currency” vote was insignificant, especially when we look at the political manifestos of parties such as France´s National Front, with a loose message of exiting the Euro “gradually”.

As such, the EUR/USD opened this morning slightly up, and equity indices throughout Europe followed in unison, while peripheral Europe bond yields opened flat or marginally higher.  The bipartisan nature of the European parliament has not been changed dramatically either. Juncker and the European Popular Party won (212 seats) but Schulz and the Socialists (187 seats) can try to set up coalitions. The possibility of a grand coalition is not small at all.Eurosceptic parties won in three countries: France, Denmark and the UK (as expected, and with no impact on currency or policy), but lost massively in Italy (where Renzi won a landslide 40%), Holland and Germany. In Greece, Syriza won by a narrow margin, not enough to de-stabilize the current coalition.

Only two countries saw the current government win the elections: Germany and Spain, despite major losses in support in the case of Spain (PP lost 8 seats). The debacle of major parties did not change the landscape massively.UKIP´s extraordinary victory (27.5%) is likely to make Tories take a more aggressive stance towards the EU and move forward with the referendum on the EU.Bond yields likely to see limited pressure from the process of electing President and the press headlines regarding radical votes.France seen as the biggest worry followed by Greece. Radical stop of reforms or, even worse, increasing government spending could trigger new concerns about deficits, debt and widening the imbalances of the economies.

The latest batch of rating agency upgrades in Spain and Greece, added to the exit of the bailout programs for Portugal, Ireland and Greece maintain the gradual recovery on track. Meanwhile, current account surplus in the Eurozone remains a key driver of improvement, added to the reduction of deficits and modest growth. All very fragile, but pointing in the right direction.Once the elections have passed, this clears the path for a possible EU Quantitative Easing programme aimed at SMEs and corporate, even if there are strong challenges as we mentioned in this website (“The Difficulties of Implementing QE in Europe“). 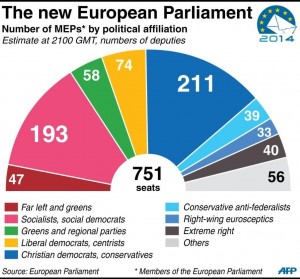