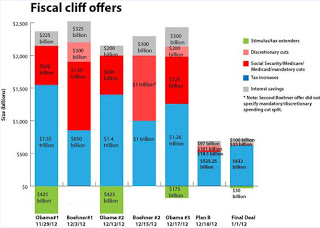 It is great to see that one more day on the calendar does not make such a massive difference , however one thing remains the same half of the world is already underperforming their benchmark.Last year was all about the Euro break up , the Chinese Bubble, the possible US downgrade and the Mayan End of the world, even with that picture you had the S&P up 13.4% and the DAX 29%, even the IBEX was only down 4.66% ( luckily for my patriotic pension…)

This year, I am still going through research but it looks like it might be finally the year of Japan, the reflation trade seems to be the one everyone talks about , and the unlimited printing from Central Banks the final catalyst for a proper equities rally (or an old-fashioned bubble even).

Unfortunately as mentioned above I have not read enough to feel very confident about the result of this note, but I will try my best and hopefully at the end of it I would have managed to add some value to all of you. On the other hand to be perfectly honest I think I need to keep this one light because if you got 20% of the notes I got , you can be reading till year end….therefore:

For those of you who subscribe to Gavekal Research I am sure that this is not a new term but clearly it is for the market , otherwise how can you explain such a move?

I had already written that none of the clients I saw in NY were expecting an agreement before year end and that they were betting on something happening on the first two weeks of January, silly me thought that the trade therefore was to be long calls for the 31st of Dec….unfortunately that is the bitter nature of options, just for one day you find yourself looking absolutely stupid….”Read it well trade it ALMOST right” , well I bet you I was not the only one, as otherwise a move of 4.2% from the lows on the 31st is difficult to explain.

NFP number: considering Obamas record and the post-Sandy effect, I bet you the number will be good and with half of the investment community still on holidays they are up for a possible shocker on Monday when they realize how much behind the curve they are.

I am not that bullish about the agreement that has just been achieved, and I am 100% certain that at the beginning of Feb everyone will start talking about the Debt ceiling problem in the states, the fact that Spain probably will not have asked for help yet ( I promise full analysis next week) and the possibility that JPY has gone too far too quick . For every Ying there is a Yang, but there is one thing that has clearly caught my attention, as I had not read about this ever before.

James Barnes at Gavekal intelligently argues that the US budget crisis is just a myth and that US deficit far from rising is stabilizing , and with the current fiscal cliff deal bringing the US debt to a lower level of GDP, under such argument all you really need is for the politicians to say so and generate confidence back into the economy.

While there is nothing new in his statement ,it bases it all the recovery on one single word CONFIDENCE, and that has been my argument all around, this is a CONFIDENCE crisis, once you restore it the rest of the engine works, remember Draghi? It is worth remembering that the great historical safety rescues e.g. TARP, the Marshall Plan and now Draghi’s OMT were always talked of as too small to work for issues which were too big too fail – it’s always confidence which is the real multiplier for an economy.

Anyway here are his words…

US deficits and debt, far from rising to infinity, are actually quite stable. Deficits have been halved since 2009 and will decline by about $150bn annually in each of the next three years, according to the Congressional Budget Office. Meanwhile, total debt is projected by the CBO to stabilize at around 82% of GDP from next year until 2018. And that is before any of the tax hikes agreed to this week. Taking account of roughly $620bn in extra revenues raised by the fiscal cliff deal, US debt will stabilize at a significantly lower GDP share and will probably do so by the middle of this year. This helps explain why the panic about national bankruptcy in Washington does not seem to affect private investors, who lend money to the US government at the lowest interest rates on record.

Yet President Obama has made no effort to convey this reassuring information to American voters. Instead, he has perpetuated the myth that the United States faces an urgent budgetary crisis, most recently in his televised speech on the fiscal cliff, when he described further deficit reductions as a top priority.

As long as voters are paranoid about a Greek-style fiscal crisis, the looming showdowns predicted by pessimistic pundits over Treasury debt limits may indeed be inevitable, since deficit hawks will argue that avoiding future national bankruptcy is even more important than avoiding an immediate default on Treasury debts. But suppose the president were to explain to voters that there is no real fiscal crisis and add that the extra revenues raised in this week’s deal make the long-term budgetary position even more secure. The threat of a confrontation over the Treasury debt limit would quickly vanish. With this threat averted, business and consumer confidence would improve, economic growth would accelerate, and government deficits would shrink rapidly, without any further major tax hikes or spending cuts.

All that said politicians cannot be trusted, and if you look at the size of the negotiations , you would realise how close they were originally and the size of what they were trying to achieve, vs. the real achievement and you can only be disappointed.

So once again what is the right positioning ? If you ask me you have to own this market, and you probably have to through single stocks not indices, so choose your picks , go long but do not forget to buy some puts, at these levels of Vol your downside is definitely limited..

Last argument for a squeeze from an ICAP email this morning….a potential nightmare scenario for those underweight and late back to the market!

In S&P options, late last night we heard that one US bank bought over $2bn worth of short-dated upside calls over the past couple of days. They suggest that street is getting very short gamma on the upside and think things could get squeezy on a rally. On their trade alone, they estimate that should we see a 2% move higher, there could be around a billion to buy, probably at least that outside of their shop as well. An unusual set-up as we head into NFP.

There are two main things on my pension: the IBEX at 6700 and the Nikkei ….probably at 13,000 (ooopppppsss…) ,truth is that the FX went my way and compensated for some of the losses, however I think that now it is time to keep the bet on the Japanese economy but through a USD vehicle as you will see 100 back on USD/JPY before year end.

My friend Juan , rightly claims , that I have been recommended this trade for two years, however he knows I am quite an stubborn individuals, and no matter what I believe that macro fundamentals finally work.

If you are worried about the recent Yen rally do not be! Technically the trend is broken (and FX is the most technical market of all) but more importantly Abe San , new Japanese Prime minister will not stop till he sees inflation at 2% and growth restored.

While an unemployment of 4% the Taylor Rule plays in his favour, and I doubt he is going to get too worried about the JPY above 100 considering the JPYUSD was trading 117.11 on the 26th of Sep 2006 (first time Mr Abe became president)

Japan is a paradise, one of those countries that once you live there , you can never forget and you usually regret leaving, but most importantly Japan is an industrial country highly dependent on exporters and that have done too little for too long to reinitiate growth in their economy.

If this works then get ready as Japan will not be alone on this move, and once Europe gets the house in order Draghi will do the rest, this is the concerted easing Andrew G has been talking about for 6 months now , and it is about to happen, “no matter what you do, never fight the FED “ or in this case the BOJ…. Japan, my dear friend Juan, is a buy as it was to buy a house in 2009 in the UK and you never listened to me.