What next? That is probably the question that we all have, today is the last expiry of the year and will prove to be an extremely busy day, however I did not want to miss our weekly “meeting” 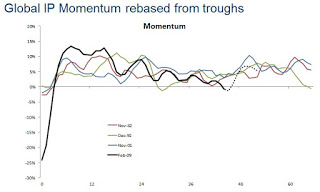 I will try to keep it short and I will do my best to add some value, but the most important one I can add is to wish you all a “VERY MERRY CHRISTMAS AND A HAPPY NEW YEAR”

This will be another of those Team efforts that makes us stronger – it is in moments of weakness when you need your people to step up, I’m proud to say they always do.

2012 is coming to an end and I bet you will share with me that you probably never worked harder and ended more frustrated (more on this later), hopefully Wilmot is right and the trend is about to change properly.

The futures roll this week was a classic example of how grossly traders have been underestimating the capital requirement rules at banks in “the new normal”.

The beginning of December saw the Rolls on the major indices trade around 1-month overnight swap levels. So when the long-rollers (holders of long December contract) came to the market to roll their futures, the implied rate started to go rich to account for the year end bank levy (charge on Balance Sheet). At this point, some “Index Arb” desks started stepping in providing liquidity, making the rolls temporarily stable. As we approached the expiry week, more long rollers entered the market, as well as the realization started sinking in that balance sheet was not just expensive, it was not there AT ALL.

Welcome to the new world where cost of capital is subsumed by availability of capital.

What followed was one the biggest moves in the rolls market in recent times. Desks who aggressively bought the roll earlier started to hit bids to make sure they comply with the “new” balance sheet limits. There onwards it turned into a race of “who sells first”. In a matter of 2 days, the rolls went richer from already rich levels by more than 40bps (of risk free money!) on every major index. Levels which usually get Index Arb desks salivating, were struggling for bids!

As we go ahead, we can probably expect more action under the heading “regulatory rules & limits”. These are actions which are going to impact the basic ways in which business has been done so far, and these impacts are going to be immediate. Business as usual does not work, understanding the fast changing landscape is the key.

Mr Seccombe also decided to come to the rescue this week, and pointed out to some very interesting patterns.. then he followed it by attending the Wilmot meeting and putting the notes together, and to validate the possible outcome he even managed to extract the notes from Wilmot from 2008 when he pointed towards “Game Over Status”

It was Mid 2008 when a senior sales trader walked around the cash trading row and asked for “any bids in Europe”. Most of these were hit, and so began the Great Repatriation from EU back to the US, and the concomitant currency moves. This week, but particularly yesterday, feels like a watershed in flows. We had our busiest day in ADR’s this year (US Institutional buying) and it felt like “stage 1” of putting money to work i.e. in Big Caps where clients can actually get decent amounts of money into the market. Fine tuning will follow……..

IP vs. previous cycles is very weak. Normal pattern is for IP to explode post recession, then ratchet down 3 years in.

If the current pattern continues, we will have a very good period for equities.

-Removal of the fear corporates have been experiencing will be very positive for Hire&Spend.

The big question is how much of a drag the Chinese leadership change has been on businesses there; EU issues here and US Fiscal Cliff there. There is a chance that fear is removed in all 3 regions.

*EU: Demand Destruction in Spain and Italy will exert less downward pressure . On the Fiscal Side tightening will be less, although most of what has to be done in in Q1 2013.

2013 recovery in EU is likely to resemble a “convoy” process. Unlikely to have another growth shock there like 2012. 2013 should be good, although 2014 better. Either way the region should be less of a drag on global growth

*US Fiscal Cliff: significant evidence of delayed corporate spend in Q4 due to uncertainty. The reduction in uncertainty is potentially BIG.

The combination of all this is we are likely to see a couple of years of GROWTH.

Leading indicators are not decisive YET, but are consistent with a bottoming process.

On MARKETS: Risk Appetite has JUMPED.

-Technically we have broken the downtrend from 2007.

It is VERY clear that SOMETHING is going on. Take Japan’s recent move which has been vertical. People are so U/W that they are desperate to get in to avoid missing benchmarks.

People are U/W Risk, and Equities. There is an accumulated catch up potential. The World Wealth cycle is evidence of this, and if we follow previous cycles there are MANY years of positive markets to equal these moves. We are breaking out into new levels of World Wealth.

* Performance should be led by EM. Equities should SIGNIFICANTLY outperform Bonds.

We’re definitely behind our strategists for their rosy outlook for equities and multiples expansion, however for the next month US volatility (in particular) remains cheap. They are notably sanguine on a US Fiscal Cliff resolution pre NYE. Maybe you’re tired of hearing this, but I can count 5 times in the last few years when vol seemed expensive (and it did not have a 1 handle on it!).

The overnight move in S&P E-Minis is of particular note, with traders puking $1.5 billion of futures down 3.5% during Asian hours…on fairly generic headlines at best.

For us this is one sign of how even though volatility (the wall of worry) grinds lower, vol of vol (uncertainty/genuine unknown unknowns) ratchets higher. Many people are holding a market that they feel they do not fully understand (whether they truly have ever is a different matter), and as a result the potential risk of a more serious technical moment (even post Fiscal Cliff) remains.

For our more contrarian readers, maybe you join us in holding back some ammo back for such a possibility… historically it’s paid well.