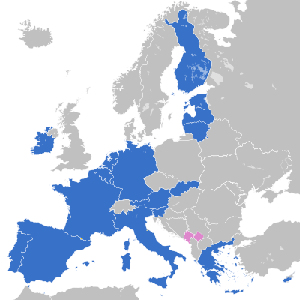 The idea that governments can’t lower taxes because there is a deficit, but are free to raise all expenses even if there is a deficit can be found in many political manifestos these days. Central planners always see the economic challenges as a problem of demand, and as such cringe at the idea of prudent investment and saving. When GDP growth, gross capital formation, and consumption are lower than what Keynesians would want, they always blame the alleged problem on “too much saving”, a ridiculous premise based on the perception that economic cycles and excess capacity do not matter and if companies and citizens don’t spend as much as the government wants, then the public sector should spend a lot more.

The big bet of the huge increases in spending and taxes that we read about all over the eurozone is that a) these will not have an impact on growth, b) they will improve public accounts and c) they will exceed budget expectations.

However, we have empirical evidence showing that massive government spending plans and tax hikes generate the opposite effect: Weaker economic growth, higher debt and larger imbalances. The probability of attacking potential growth, worsening public accounts and breaching optimistic estimates is more than high.

The empirical evidence of the last fifteen years shows a range of fiscal multipliers of public spending that, when positive, is very poor (below 1) and in most countries, especially with open and indebted economies, the fiscal multiplier of higher government spending has been negative.

Fiscal multipliers are particularly negative in times of weakness in public finances, and nobody can deny that the eurozone has exhausted its fiscal space after more than three trillion euro of expansive budgets in a decade.

More government spending will not spur growth in economies where the public sector already absorbs more than 40% of the GDP, and where the previous large stimulus plans have generated more debt and stagnation.

Adding tax hikes to the formula is even more damaging. The IMF analyzes 170 cases of fiscal consolidation in 15 advanced economies from 1980 to 2010 and finds a negative impact of a 1% increase in taxes of 1.3% in growth two years later.

Additionally, the vast majority of empirical studies going until 1983 and especially in the last fifteen years, show a negative impact of tax increases on economic growth and a neutral or negative impact of increases in spending on growth. Moreover, studies on the effect of bigger tax hikes on tax revenues reveal a negative impact on receipts. In fact, a 1% increase in the marginal tax rate may reduce the taxable income base by up to 3.6%.

The risk for the eurozone is huge because one of the main reasons for its stagnation is precisely the chain of massive fiscal stimulus plans implemented in the past two decades. To say that Germany should copy the fiscal strategy of France, a country that has been in stagnation for three decades defies any economic logic. There is no evidence that Germany is spending or investing ñless than what it needs, rather the opposite.

The problem of the eurozone is not lack of government spending or taxes, but the excess in both.

The string of spending increases announced daily in Europe disguise an extremely dangerous bet: that the ECB will bail out the eurozone forever, especially because the diminishing effects of monetary and fiscal policy are evident.

Tax cuts will not work either if those are not matched with efficiency improvements and red tape cuts precisely to ensure that public services continue to exist within thirty years.

Burdening the private sector with more taxes and increasing an already bloated government spending may lead the eurozone to the Argentine paradox. By ignoring the sources of wealth generation as well as job creation and expelling them with confiscatory and extractive policies all that is achieved is unemployment and stagnation.

The eurozone cannot expect to achieve the growth it has not delivered repeating the same mistakes, further weakening an economy that needs to bet on attracting investment, reinforcing growth and improving technology and the competitiveness of companies.

When politicians charge an economy with large and growing fixed costs, without prioritizing investment attractiveness, productivity and economic freedom, they jeopardize the welfare they pretend to defend.

The problem of productivity, growth, and employment is not solved by putting obstacles to investment and increasing extractive measures.

Growth and the welfare state are not strengthened by putting political spending and debt as pillars of an economy.

FMI, Will it hurt? Macroeconomic effects of fiscal consolidation.