The biggest mistakes in analysing macroeconomic data is to assume causality to factors that are just catalysts.

Don’t blame the Fed or Trump. That is just noise. The problem of emerging markets is largely self-inflicted and comes after years of raising imbalances, both at a trade and fiscal level, based on impossible expectations of growth and demand.

The Federal Reserve has warned for two years about rising rates and policy normalization. Yet governments ignored this and continued to increase imbalances as well as rising debt in US dollars.

Governments always consider that economic problems come from lack of demand, and they assign themselves the task of “correcting” that wrong assumption by massively increasing deficits and using monetary policy well beyond any logical measure.

Recent data is quite concerning.

Sovereign bond yields are at the highest level since 2014.

Industrial production and growth estimates are coming down (via Focus Economics). 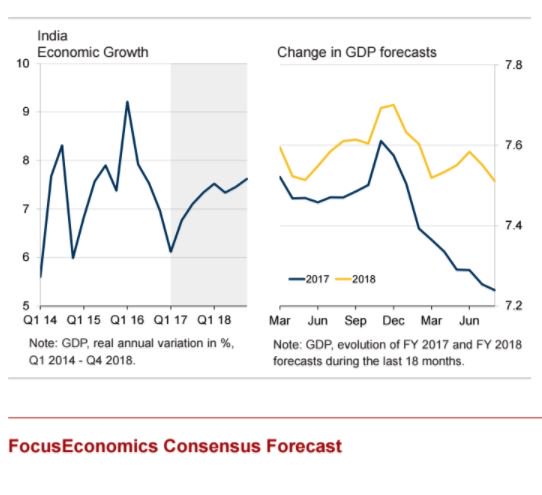 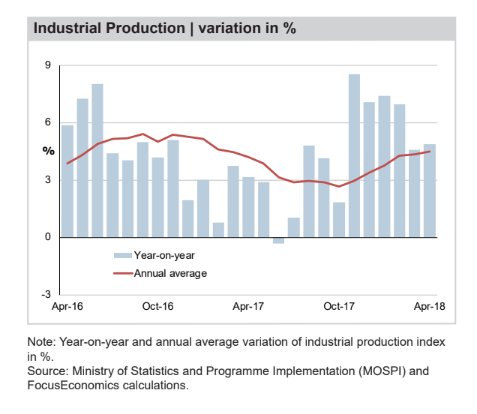 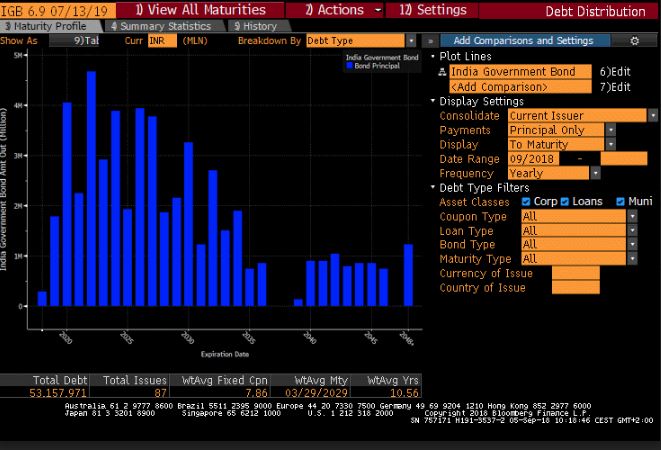 Another warning comes from the maturities in foreign exchange. Nearly $220 billion of short-term debt, equal to more than half of India’s foreign exchange reserves, will come up for maturity in 2018-2019 fiscal year. Moody’s states that India is one of the countries that are least exposed to a rising US dollar. However, Moody’s did not expect the rupee to fall this much. 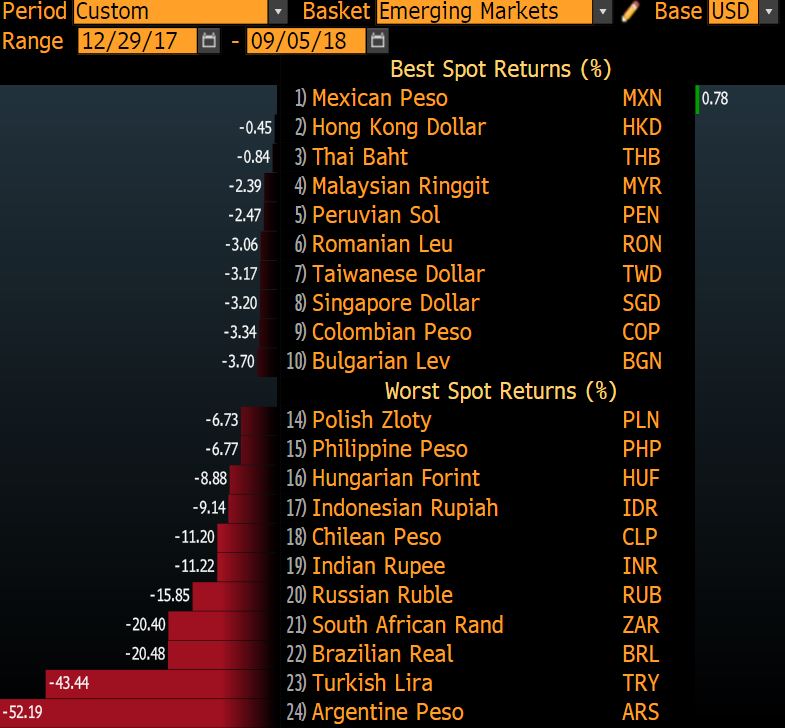 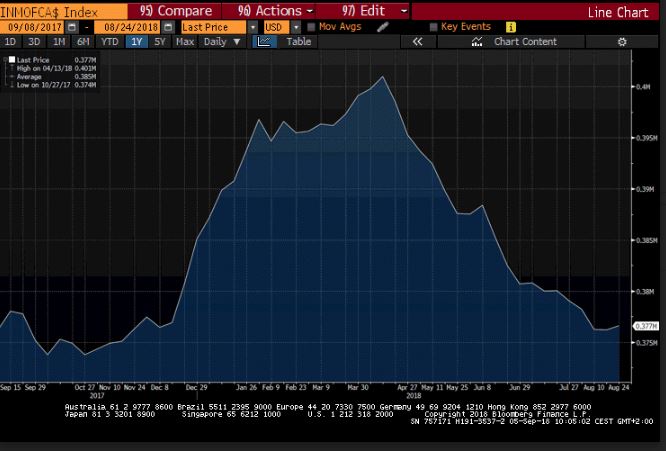 At the same time, 68% of fiscal deficit target for 2019 consumed in the first quarter.

The combination of wider trade and fiscal deficits added to lower reserves makes the currency weaken severely. The rupee keeps plummeting to all-time lows vs the USD, as we explained in WIO News (watch). 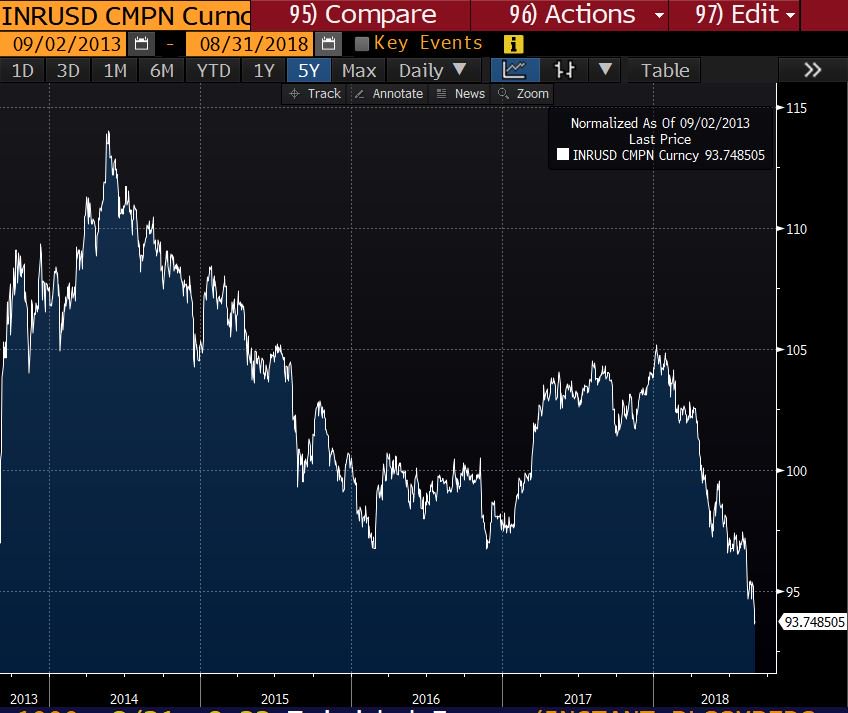 India’s government usually solves this equation increasing subsidies and raising taxes. That combination will not work in a world that has lower tolerance for fiscal and trade imbalances and a risk-off scenario. Additionally, tax wedge is already a high burden. As Prateek Agrawal notes, “if one looks at GST and taxes on the affluent sections, India would rank as one of the highest taxed countries globally. For consumption, these sections are actually paying close to 60 per cent of the income as taxes).

Additionally, printing more rupees is not going to solve the challenges.

The situation in India is not as desperate as in Turkey or Argentina, because FX reserves are not being depleted at high rate, but the trend is concerning and the outlook for growth, trade and fiscal balances is weakening.

The government has prefered to raise taxes and increase spending, and the demonetisation policy was a big mistake (read). All the cash that was taken out of the system came back a few months later. It is time for India to change its historical policies of subsidising the low productivity sectors to penalize the high productivity ones with more taxes.

India can easily navigate this turmoil if it changes some misguided demand-side policies. The question is, will the government do it? Or will they prefer to blame an external enemy and increase the imbalances?

If the government decides to ignore these issues, India could become the biggest risk in emerging markets and for the world economy.

1 thought on “India. The Biggest Risk In Emerging Markets?”