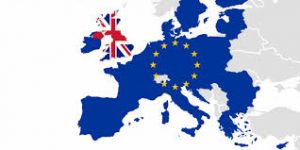 Theresa May´s Tuesday speech on Brexit was clearly firmer and more aggressive than many expected.

The pound’s reaction, triggered by May’s words, was the clearest example of a rebound caused by the previous buildup of short positions in the currency -particularly vs Euro- into the speech. As soon as messages of support for investment and global trade were launched , many of these short positions were undone, causing a squeeze. In addition, Anthony Scaramucci in Davos announced that a US-UK trade agreement could be completed in six months, which for many was a positive shock. But the pound fluctuations are not so relevant. It has been trading close to 10% of the average levels of the past eight years.

It is clear that Theresa May has made a strong and confrontational speech, showing no flexibility with respect to the European Union, because she perceives a strong support from the US post Trump, as well as a vast opportunity as a global trade power force. In my opinion, it would have been hard to hear sentences such as “to continue in the single market would not be a Brexit at all” without a strong view of trading opportunities with the US, Asia and the Commonwealth.

May launched a battery of proposals that were clearly targeted to her electorate and the advocates of Brexit . If it had been more conciliatory, brexit supportes would have felt very disappointed, and remainers as well, because they do not accept “half Brexits “.

I would like to highlight the words of Scaramucci at Davos. He is a great fund manager and Trump advisor with whom I shared a couple of slots at CNBC in London. His words are very important, because one of the negative arguments regarding Brexit has always been how slow and difficult it is to close bilateral treaties. Obama even threatened with years of negotiations. Trump, on the opposite side, promises an agreement in a few months. Carl Icahn has always said that the only reason why bilateral treaties are delayed is because there are many committees to pay.

Theresa May might have another ace up her sleeve when she announces her “no single market, thank you”. The vast majority of the countries of the European Union have a massive trade surplus with the United Kingdom, especially Germany. That is, they export much more than they import from the United Kingdom. This is why many assume that closing bilateral agreements will have to be easier and quicker than feared. Although the idea has merit, it is not that easy. The European Union is not solely guided by economic benefits and trade, and in this particular case, it could be one of those moments in which Brussels prefers to lose a few billion in commercial activity than to give up power.

May’s speech shows that the overriding priority is to have independence with respect to any and all EU bodies, and that any other consideration is secondary.

When she commented that the parliament would decide on the agreement, many thought that this would lead to a negative vote and no Brexit. However, there are numerous analysts who believe that in the next months, the reasons for wanting to remain in the European Union may continue to weaken -immigration, interventionist populism growing, low growth, banking crises- while the reasons to get out will strengthen. I, personally, believe no one is fully right and that neither Europe will worsen nor the UK collapse. But the fact is that many are convinced of a pro Brexit victory in parliament if the deal is good for the country, especially after recent comments from the Labour leader, Mr Corbyn, defending sovereignty in immigration.

Additionally, May puts an important proposal on the table. To have full control of regulation and taxes that would make the UK a global investment and capital attraction centre.

On many occasions we have discussed in this column that Brexit is an opportunity for Europe to eliminate barriers for growth and lower taxes to boost the economy. When we analyze, we must be aware that the risk is twofold, as businesses could also decide to leave the EU if conditions for investment worsen. That is why I prefer to believe in this process as a growth opportunity for everyone than a zero-sum game where one loses what the other gains, as some want to paint it. There are, of course, very important possibilities for business and attracting talent to Europe, but only if we are able to show that we compete in ease of doing business and job creation.

Analysts have been horribly wrong about the negative effects that the referendum outcome would have on the UK economy . All macroeconomic data, consumption, employment, etc. have been much better than estimated and miles away from the debacle anticipated before the vote. But the fact that catastrophic predictions were embarrasingly wrong does not remove very important challenges from an unfriendly negotiation.

Europe cannot sit down looking away, thinking the rest of the world is wrong. It is a golden opportunity to understand the challenges that Trump and Brexit mean and the importance of tax cuts that Draghi, companies and families demand. It is a golden opportunity for Brussels to reconsider and understand that the EU can suffer from substantial capital outflows. Nomura estimates a loss for the EU of 63 billion dollars just from the repatriation of funds to the United States. Imagine if business conditions and regulation are proven to be uncompetitive.

The UK proposes a 17% corporate tax cut, the US as well. Israel will lower it to a range of 4% to 12%. Seriously, if we think that there is no risk of capital flights from the EU with 25% to 34% tax rate and more than 12,000 limits and barriers for trade, we are very wrong.

Let us hope that everyone involved sees these challenges and proves to the world this is an opportunity to learn from past mistakes, improve competitiveness, business attractiveness and employment. That will be the victory for all of a process in which we can all win if we focus on growing, not on “beggar thy neighbor” strategies.

We need to be alert, because the European media talks only about a Brexit where companies and capital movement is in one direction, and it may well be the opposite. Let us show that all economies can be strengthened from supply-side measures, fiscal expansion and economic growth, not growth of bureaucracy.