“However the Germans vote on 22 September, Berlin’s attitude to the EU is not going to change much” – Charles Grant

Two weeks ago, Angela Merkel and Peer Steinbrück , leading candidates for German Chancellor,  held an election debate on TV. It was a quiet event, without fanfare or big accusations. There were no negative comments to the policies of budget cuts, rather the opposite. Commenting this with German friends, they told me: “The obsession with the so-called austerity is a problem in other countries, here people understand that budgets must be balanced”.

Merkel ended the debate with a speech that included an interesting sentence: “It’s been four good years “. Counting with a public account surplus, expected growth of 1.7% in 2014, and the lowest level of unemployment in decades, 6.8%, she was right. 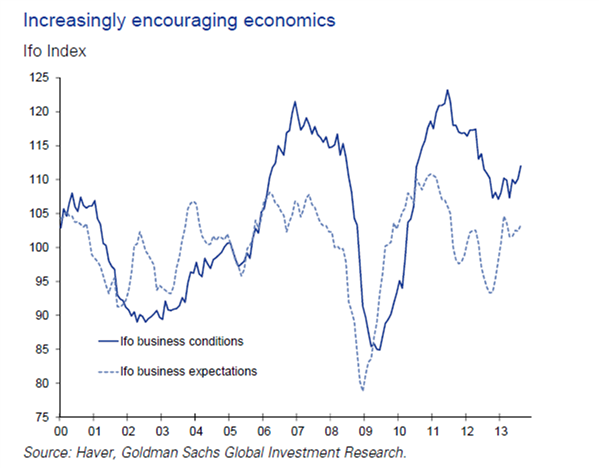 The elections, even with different combinations of coalition, will be, with high probability, a success for Merkel. And that’s good. None of the major parties, even assuming a grand coalition, question the spirit of the policies that have been carried out in the past decade. Same as Germany’s support to the European project, but there are important elements that have relevant implications for other countries. 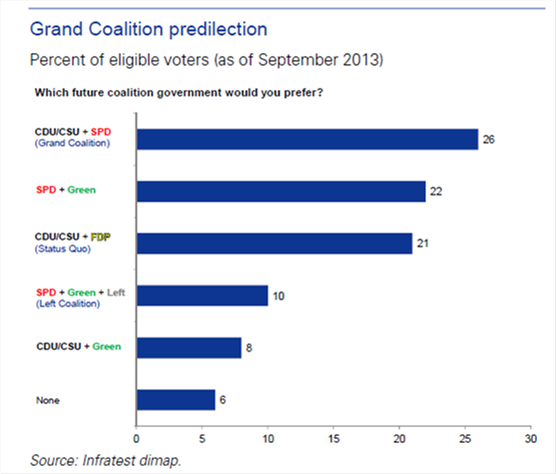 The perception that after the elections we will see a relaxation in the German position on Europe is not evident in any of the political manifestos. Because the view in Germany is that there is no firmness, just total acceptance of countries that miss targets.

Of course, as the European recovery is confirmed, with an estimated growth of 1.1% in 2014 (Eurozone), and all countries in positive growth territory in that year, even if it is modest, we will see less need for aggressive budget cuts and austerity measures. However, reforms are still needed, especially with countries that spend up to 20% more than they collect.
The German model has been much more effective to get out of the crisis than the French proposals to spend its way out of recession. In 2013, France will generate an additional deficit of 4% of GDP, with unemployment topping 10.9%, while Germany generates surplus and lowest unemployment in decades. It’s interesting, because Germany and France had similar deficits and debt levels only ten years ago. Germany took the path of reforms and France decided to “stand and wait”.
The big hurdle is job creation. Germany launched the mini-jobs program and achieved two objectives, switching low-productivity sector jobs into new ones, providing training from a work environment, and secondly reduce unemployment to 6.8%. It was a positive formula to relocate employees out of declining sectors into high productivity ones.Another obstacle to job creation is the excessive tax burden, close to 52%. In these elections Angela Merkel’s proposal is to lower taxes after many years of budget adjustments. 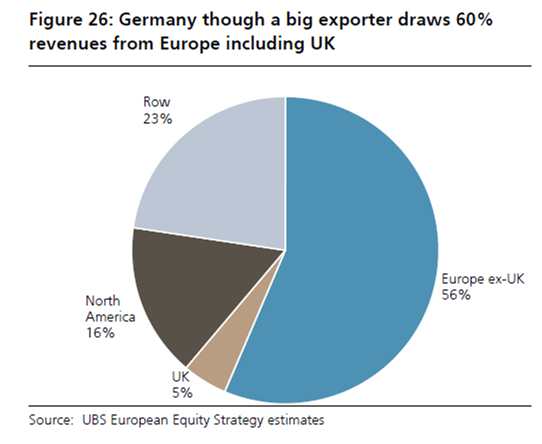 Germany is nothing without the rest of Europe, and vice versa. It is the second country after France for peripheral exports. This trade should continue to bring Europe out of recession and back into growth.
The German commitment to support Europe will stand firm no matter who wins. But it will not be a blank cheque like that of 2008, which led the EU to spend 1.5% of GDP in stimulus to destroy four million and a half jobs.Germany experienced the mistake of those stimulus plans in 2008 and in June 2010 introduced the largest spending cut plan in sixty years, the Zukunftspaket (package of measures for the future) along with a medium-term financial plan (2010-2014), which included cuts to achieve a maximum 0.35% deficit. More than a third of those cuts occurred in the social security and public administration.
Despite the crisis, the government deficit fell from 4.3% in 2010 to a surplus of 0.2% in 2012. And having met the objectives of 2014 more than two years early, finance minister Bertrand Benoit announced new cuts of 6.1 billion euros in July this year. The policy of keeping reforms is absolutely essential for a strong Europe, to avoid a collection of oversized governments in indebted and inefficient countries.The German elections, if Merkel wins, will provide continuity for the rest of Europe. And that’s good. The recovery process cannot be achieved by adding debt and deficits all over. It has to be made surpassing individual goals … This is how the European Union strengthens. The policy of fiscal prudence, wrongly called austerity, must continue.