Rare Earth Reserves Are Not A Trade War Gamechanger.

1. There are plenty. The US has more than 140 years of its annual consumption in domestic reserves and can use alternative sources, benefitting other emerging market economies.

Read “The False Monopoly” and “China can’t control the market in rare earth elements because they aren’t all that rare“.

2. Most of the companies involved in rare earth mining are either generating no returns, well below the cost of capital or loss-making.

China would suffer in unemployment and corporate financial challenges if they stop selling to the US. Like many other mining industries, many rare earth miners work on a “running to stand still” strategy, where they need to increase sales and production or attract funding in order to recover working capital losses or fund exploration. Banning exports would be extremely negative even if prices rise. Who do they sell to? How do they fund themselves? 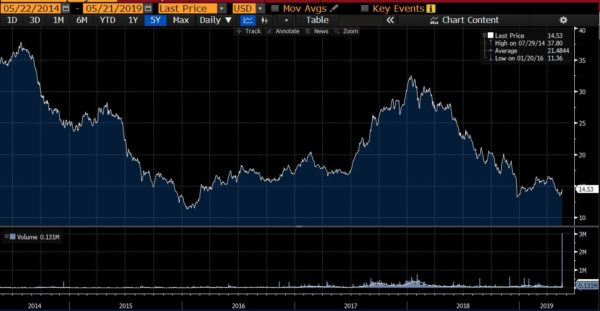 3. China would be perceived as an unreliable partner in various sectors, and the development of alternative sources would accelerate.

Like OPEC’s threats and production, cuts have accelerated technology substitution, alternatives like shale and increased efficiency, threatening customers when you are a commodity provider is a very bad idea.

4. Many producers of rare earth materials are Chinese but mines are not based in China.

In order to survive, many will look at an alternative way to export in order to generate cash.

The last thing a commodity producer should do is to look at its biggest supplier and try to hurt it. It always backfires. The history of copper, aluminum, oil, coal and so many other commodities is filled with such misguided actions, and they always backfired.