Despite the unprecedented increase in the ECB’s asset purchase program, the spread of Southern Europe sovereign bonds versus German ones is rising. 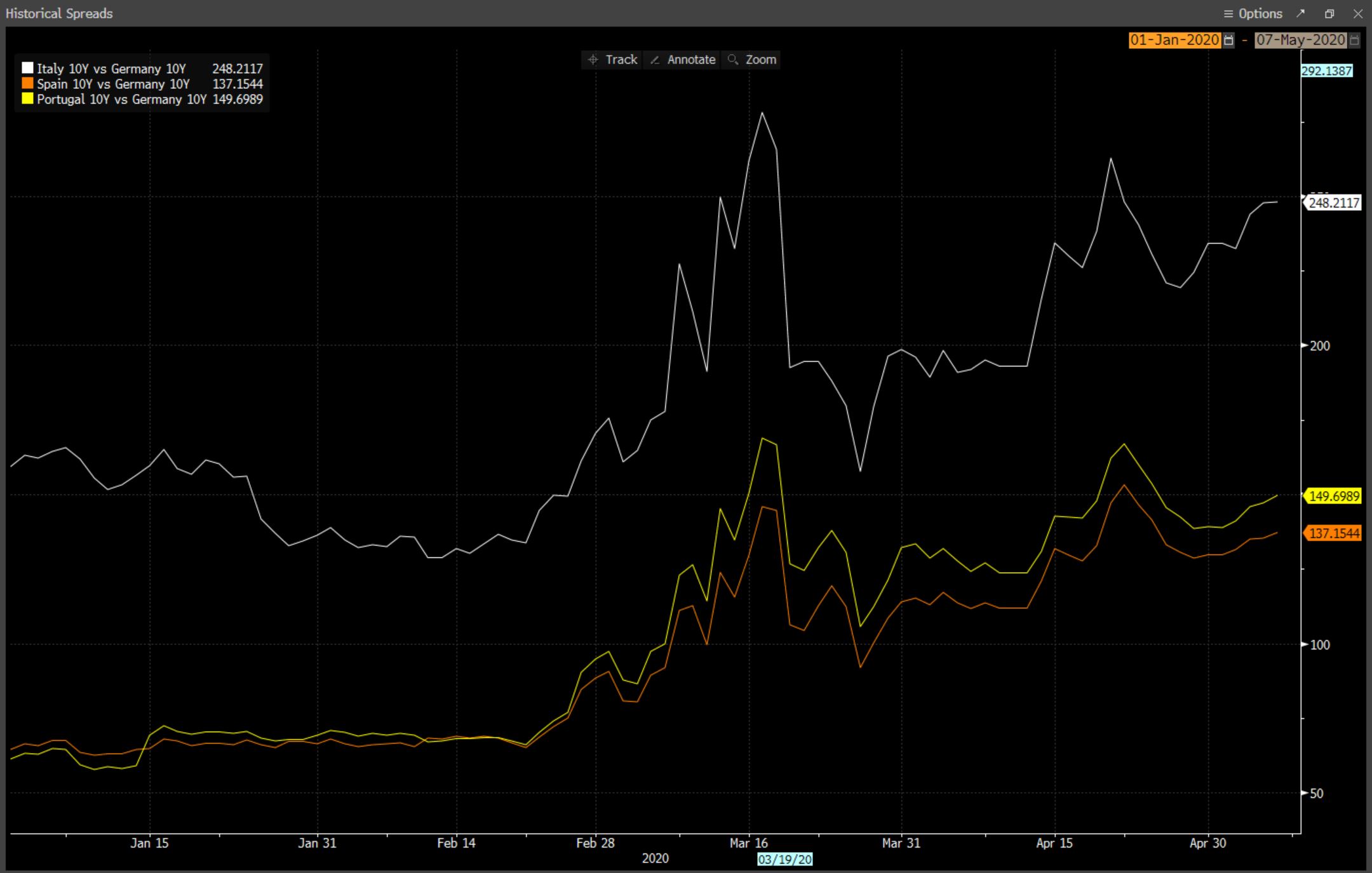 The ECB balance sheet has soared to more than 42% of the eurozone’s GDP, compared to the Fed 27% vs U.S. GDP. However, at the same time, excess liquidity has ballooned to more than 2.1 trillion euros.

The ECB has been implementing aggressive asset purchases as well as negative rates for years, and the reality is that the eurozone economy has remained weak and close to stagnation already in the fourth quarter of 2019.

The main problem of the eurozone is that most governments have abandoned all structural reforms and bet all the recovery on monetary policy. The excessive government spending, high tax wedge, and burdens to growth remain, while an increasing percentage of growth came from travel and leisure (around 22% of gross added value in 2019).

The transmission mechanism of monetary policy is not the problem. Banks are eager to lend and businesses and families have no problem accessing credit. The problem is that the eurozone leaders and the central bank managers believe that the challenges of the eurozone are demand problems when there was evidence that the output gap was very small if existent at all. If there was any evidence, it is that monetary policy in the eurozone did not work as an incentive for productive investment and growth, but as a perpetrator of massive imbalances from almost-bankrupt governments.

With the crisis of Covid-19, the eurozone finds itself caught between a rock and a hard place. Its fiscal and monetary policy will perpetuate overcapacity in the wrong sectors and excessive government spending, while its tax policy will likely drive innovation, technology and productive investments further away.

Now that the European Commission has allowed partial nationalizations of industries, the road to permanent stagnation has been paved. First, governments ignore the risks of the pandemic, then they close the economy by government decision, then they announce tighter controls on foreign investment and capital inflows… and present themselves as the solution.

The Eurozone seems to want to use the Covid-19 crisis to advance its interventionist agenda and its so-called “new green deal” strategy. The problem is that higher government intervention in the economy will likely lead to more malinvestment, higher unemployment and lower growth.

The ECB can disguise the risk for a while, but the reality of the mounting debt and tax burden ahead is probably going to end in a debt crisis that can put the entire European Union at risk as governments in the North countries receive the bill of the excess spending of some Southern members.

Monetizing risk will not eliminate it. The euro will lose importance as a global reserve currency and its utilization in cross-border transactions may fall further, leading to a currency crisis just as the debt burden soars.