If we want a true alternative that improves the environment, reduces emissions and strengthens global welfare, it will only come from the free market. Historical evidence and economic incentives show us that interventionism and socialism never protect the environment,  they only use it as a subterfuge to increase control of the economy while subsidizing polluters under the excuse of “employment” using the term “strategic sectors.”

Interventionism, in fact, puts all obstacles to technological innovation and disruptive developments: First, because technology and competition reduce government power when it comes to price formation and economic vertebration of society, picking winners and when, where and how to spend. Second, because disruptive technology is disinflationary and does not allow governments to fill bloated companies with political jobs without content in inefficient conglomerates controlled by political power.

The fundamental reason why interventionism will never defend the environment and innovation is that it detests competition and technology and competition weaken its power.

However, in the protests we see in the media throughout the West, the silence is deafening about the most interventionist economies controlled by governments and their state-owned companies, which are the most polluting. That is why it is sad that something that we should all support, which is the protection of the environment, becomes (like so many other objectives shared by all) in a propaganda instrument to whitewash the most deplorable and absolute interventionism.

It is not about protecting the environment, but about protecting political rent-seeking, which is very attractive to the most interventionist politicians because it is the only way to continue exercising a power that escapes their hands when there is real competition, technological improvement, and transparency.

The reality is that the interventionist systems never defend the improvement of the environment, but aim to appropriate the climate banner to do the opposite and then blame the nearest external enemy.

The politicization of climate action does not defend the environment, but the whitewashing of interventionism  Hence the silence with China or Iran.

China has approved to build more installed coal capacity in the next twelve years than the entire current US capacity and almost double that of the European Union.

Iran is the country that subsidizes fossil energies the most. Of the 147 countries that have ratified the latest environmental agreements, in the vast majority, more than 90%, the companies, and polluting sectors are 100% public (the producers of the petro-states, the largest coal plants, steelworks, etc).

Of course, it is very easy to be an “activist” in open economies against listed companies that are the solution, not the problem. It is very easy to raise taxes on citizens with an environmental excuse while subsidizing the most polluting sectors.

Think about it for a moment. Do you really believe that the most inefficient and polluting sectors would exist today in the face of unstoppable advances in competition and technology?

Monopolies can only exist if promoted or facilitated by the government. In a non-intervened free market system, there can be no zombie or obsolete sectors kept alive by subsidies and low rates and, of course, overcapacity is not perpetuated through government grants.

Don’t you find it amusing to read that countries that tell us that they have an unquestionable environmental commitment have at the same time refineries and coal plants as large pillars of state investment in the next ten years? Not because they are needed, my dear friends. These are two sectors where there is overcapacity at a global level. This is done because what interventionists always promote by definition are white elephants. Build things for the sake of building.

When competition is ignored or rejected, and economic logic in investment is abandoned,  governments never promote change, they only disguise inefficiencies with good words.

Those activists – not all – who are attacking innovative leading companies and open economies, which are the solution, do not do so due to lack of information or ignorance, but because their goal is different. Some climate activists are happy to join totalitarian governments, theocracies and dictatorships (whether pollutants or not) to destroy what little is left of the free market in a western world that is drowned precisely by interventionism.

Some climate activists seem fixated on attacking companies that have been succesful at leading technology, sustainability and environmental change, because the goal is not to have efficient champions who are capable of leading by creating employment, strengthening their position and growing in the world. The goal is to expropriate them to fill them with political positions, exactly what has led global state oil companies to destroy value, efficiency and perpetuate overcapacity.

It is not that the interventionists are foolish or incoherent in their silence with Venezuela, China or Iran and their attacks on US companies that improve the environment by innovating and growing. The objective is that competition and private innovation, the two factors that will continue to improve the world, reduce poverty and create wealth, disappear.

This is the sad thing about politicians who call themselves progressive and in reality are regressive, who speak of an entrepreneurial state and are, at the same time, against capitalism,  disruptive technologies and technological change, because what they want is to have state conglomerates that sink competitiveness, and distribute positions by political designation, which is the perfect formula to annihilate innovation and change.

There are only two ways to solve environmental challenges: competition and technology. No government obsessed with control and price controls will defend those options. They will dynamite them. And it’s happening in a country near you right now.

Technology and competition can only happen in a capitalist system where the incentive to innovate is rewarded by success and creative destruction of the obsolete sectors with the growth of the productive and innovative ones generates more and better welfare for all. This can only happen in capitalism.

Now you know why the anti-capitalists will never defend the environment and why they will continue to subsidize what makes it worse. Now you know why they want you to blame the non-existent free market in the most intervened and regulated sector in the world – energy -. To have hostage clients.

Economic freedom is the only guarantee of environmental protection.

Interventionism and socialism have never protected the environment. They always subsidize the most polluting sectors and raise taxes on citizens with the excuse of the weather. 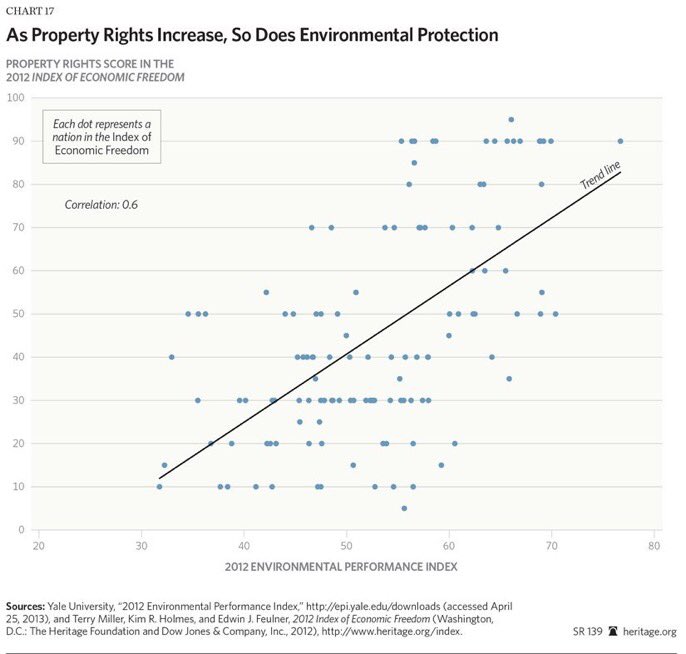 The most polluting industries are state or semi-state owned or managing state resources in countries where economic openness and freedom is minimal.

Anyone who thinks that interventionism will improve environmental quality has a problem with reality. China will install more additional carbon in 12 years than all US current capacity and 2x total EU capacity. Refining as well. 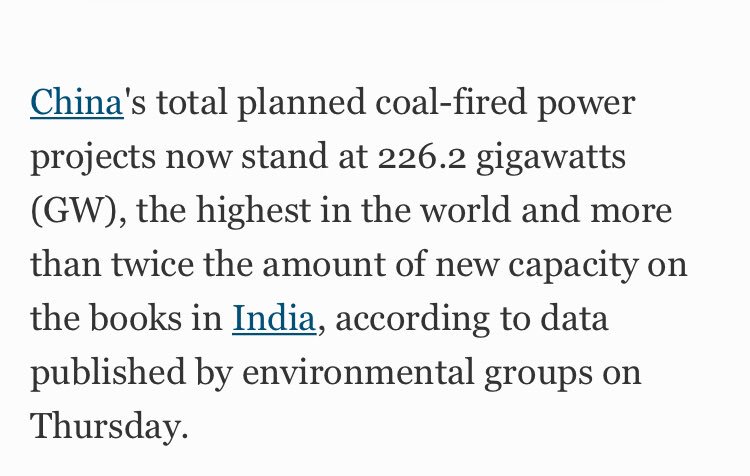 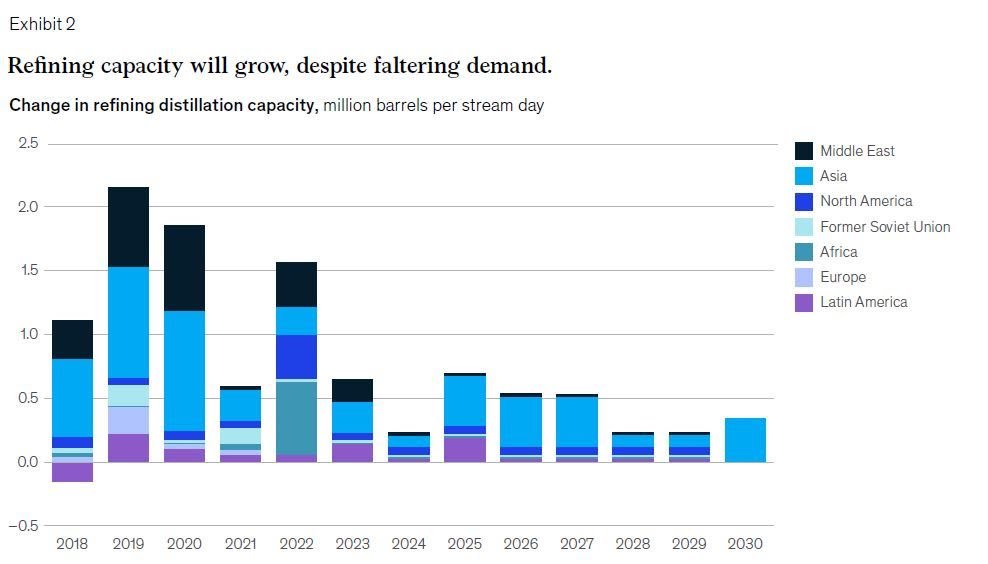 The biggest subsidies to pollution are, surprise, all in countries with low economic freedom, governments with maximum control of the economy and with state-owned companies. 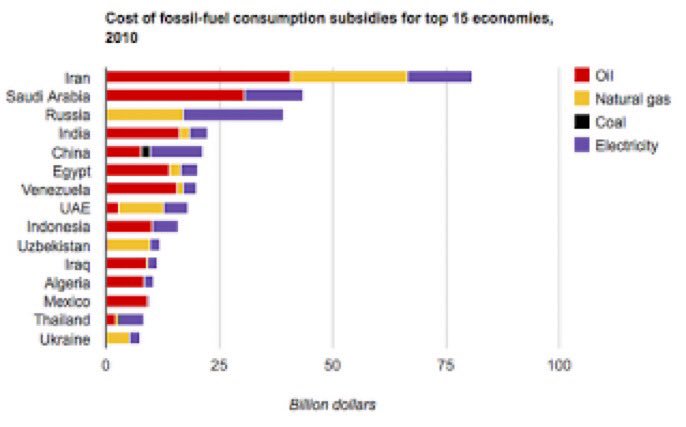 The politicization of climate action does not defend the environment, just whitewashes interventionism. Hence the silence with China or Iran. It is very easy to be an “activist” in open economies against listed companies that are the solution, not the problem. 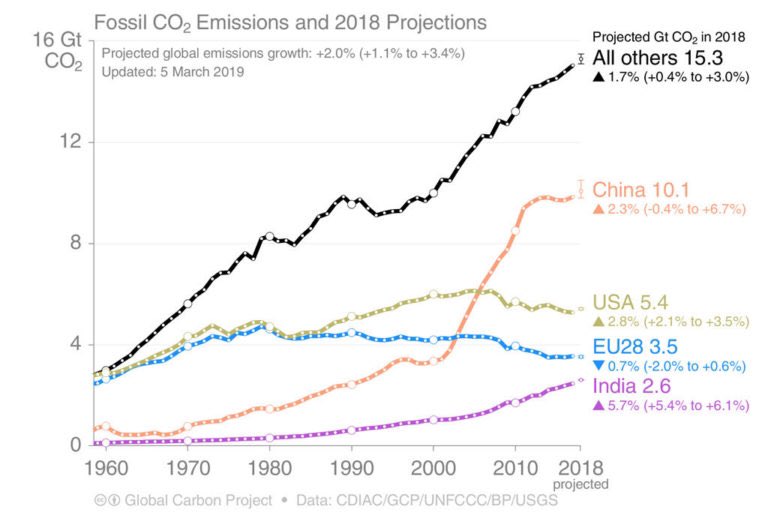 Decarbonization is unstoppable, but it would be even faster without the pitfalls of those who today present themselves as saviors of the Earth while in reality they just tax citizens to perpetuate polluting “national strategic champions”.

Believing that government intervention and socialism will improve the environment, incentivise technology change and innovation is more than wrong. It goes against their goals of control and inflation.

Only free markets give the solution to climate challenges.

Only Economic Freedom Will Save The Earth.

Effects of Economic Freedom on Growth and the Environment – Implications for Cross-Country Analysis. Susanna Lundström.

The Effect of Economic Freedom on Environmental Quality.

To Improve The Environment, Look To The Free Market

How Free Markets Protect The Environment