Thread by @dlacalle_IA: “Trade War? No, negotiation. Open thread: 1) China has been dragging its feet on a trade deal with no discernible development. Tightening of […]”

Read my thread (above).

1) China has been dragging its feet on a trade deal with no discernible development. Tightening of capital controls signalled unwillingness to open the economy.

2) China depends on the US trade more than the US on China. China’s trade surplus is mostly all with the US while it enters a trade deficit with most other partners. 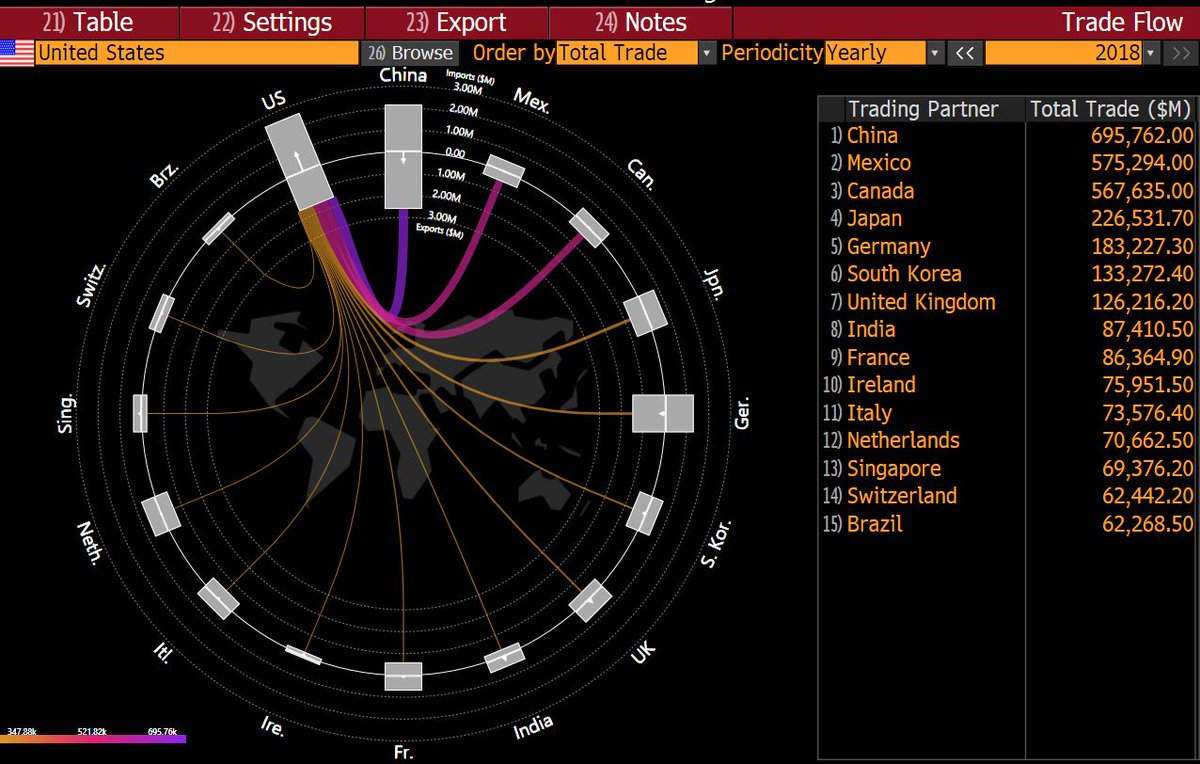 3) China is not the biggest holder of US debt at all. 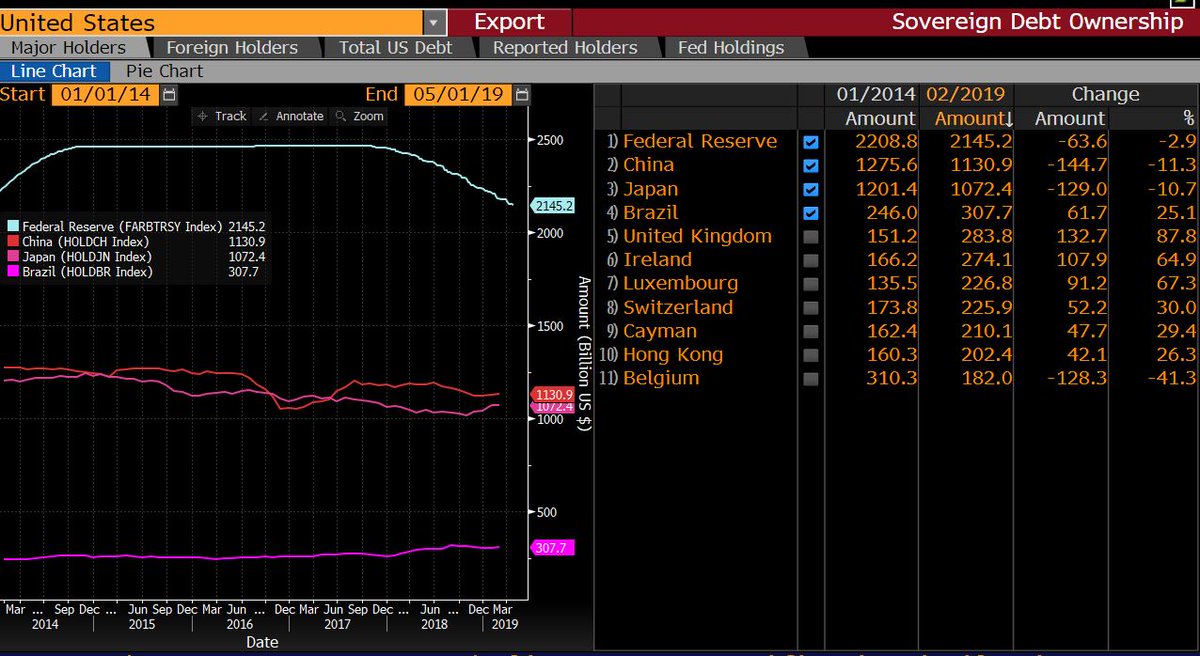 4) Even with China reducing its holdings of US debt, the US 10 Year Yield has fallen and the US dollar has strengthened 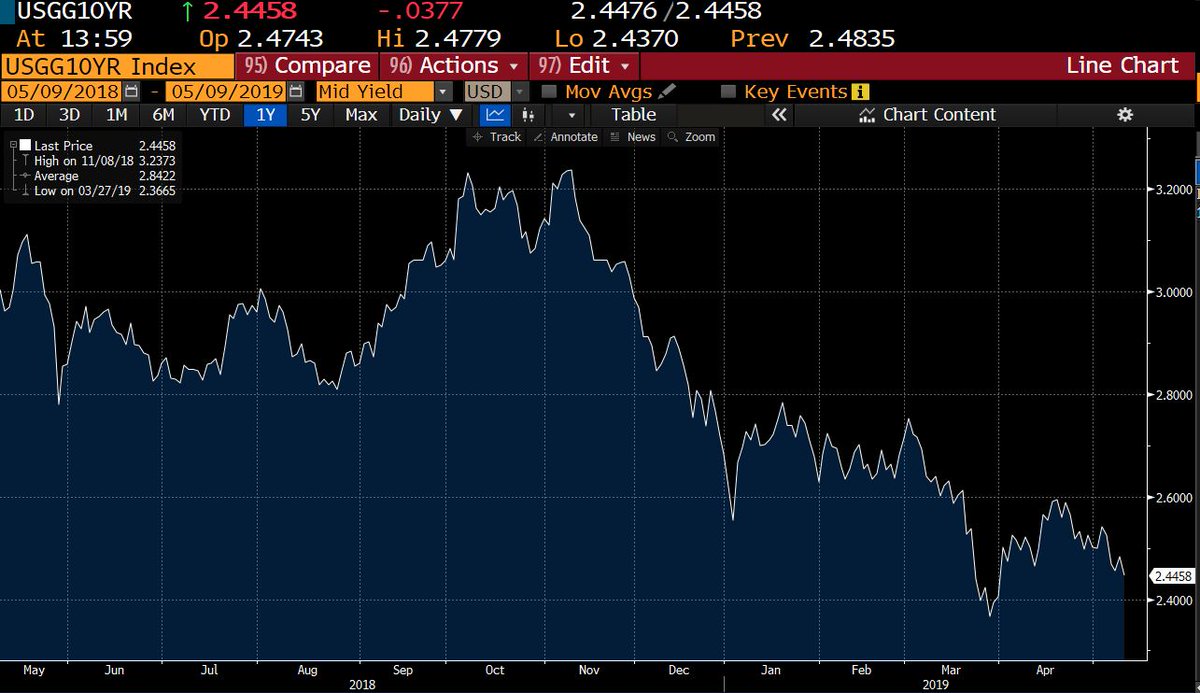 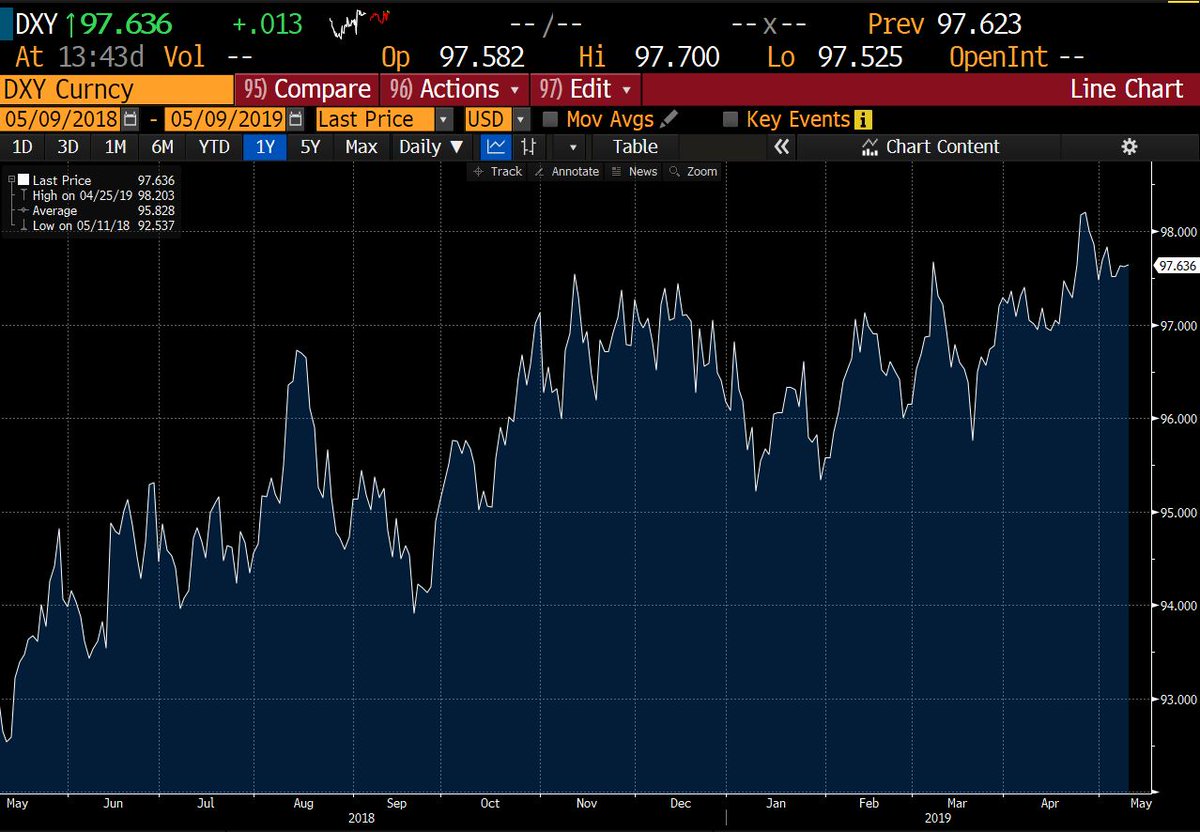 5) China cannot reduce its debt and reduce overcapacity without selling more to the US. China exports around 20% of its GDP. Meanwhile, the US exports less than 12% of its GDP. 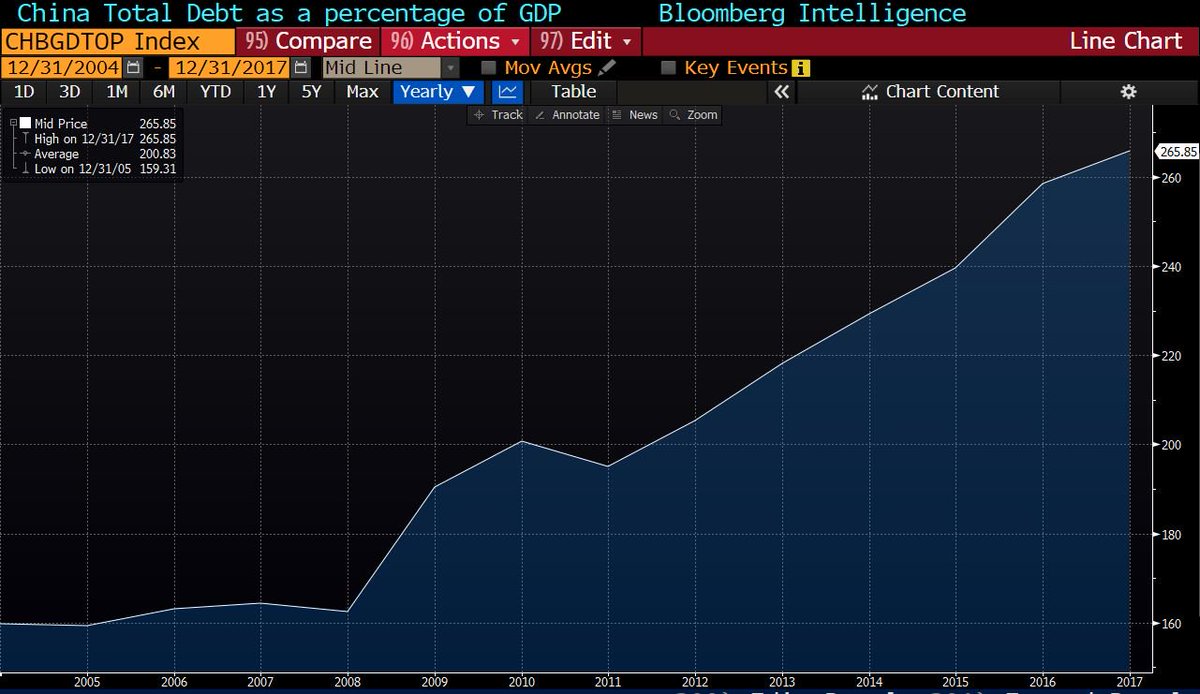 6) Hence, this is a negotiation where the big supplier -China- needs to come back to terms close to its biggest client -US-. And one cannot survive without the other, but the US is better protected in the negotiation and has the upper hand.

7) This so-called trade war is only a negotiation. It cannot reach an agreement while capital controls remain, intellectual property is not guaranteed and legal security remain a concern.

Everyone will benefit if that happens.