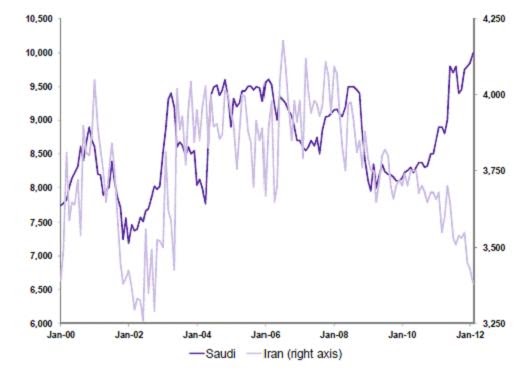 Yet OPEC production is at record highs: 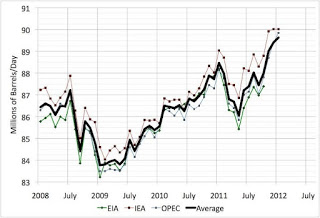 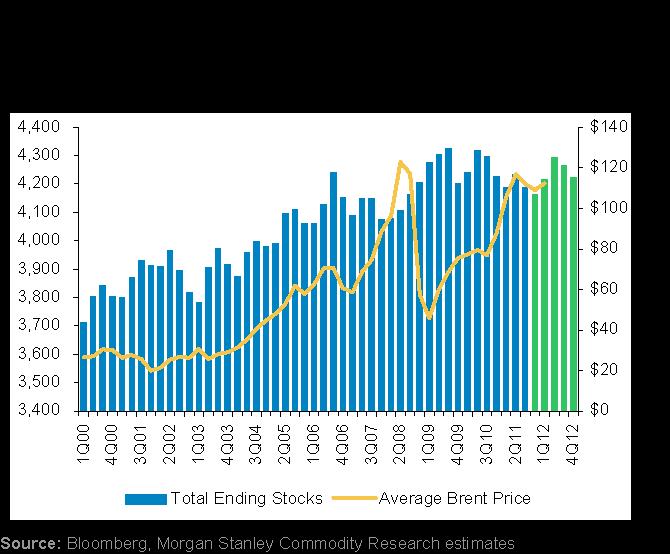 From Oriel: Despite the latest Obama rhetoric against Iran, he can hardly afford a pre-election attack, unless he taps the SPR (but even that is unlikely to be enough): An ABC News-Washington Post poll found that 65 percent of respondents said they disapprove of the way has handled rising gasoline prices – just 26 percent approve of his work on the issue, his lowest rating in the poll. Most Americans say higher prices are already taking a toll on family finances, and nearly half say they think that prices will continue to rise, and stay high.A new CBS News-New York Times poll released Monday evening shows Obama’s approval rating falling to 41 percent, a drop that “may be partially attributable to rising gas prices.” Hardly a surprise then that White House released a new report on Monday seeking to highlight the progress his administration has made on energy ….. and then I see in a report that ‘US President Barack Obama and British Prime Minister David Cameron discussed the possibility of releasing emergency oil reserves during a meeting on Wednesday, two sources familiar with the talks have told Reuters. Obama raised the issue during a broad bilateral meeting at the White House, according to a UK official with knowledge of the discussion, in the first sign that Obama is starting to test global support for an effort to knock back near-record fuel prices.

This could look in time as one of the dumbest decisions, in my opinion, since the day when the UK sold all its gold reserves between 1999 and 2002 at around $280/ounce… unless Obama sees a material economic recession ahead and then the new QE of the economy is artificially lowering the price of oil.

This would be the 4th time in the past 50 years that IEA has released strategic reserves. The last three times, the improvement in oil prices that they looked for resulted in three subsequent super-spikes. This, I fear, will be the outcome again soon. So the call on OPEC, even if demand continues to slow down, will increase to 30.1mbpd, making prices go higher.

We are in a US election year and the political dividend from appearing to push oil prices lower is very attractive (Bill Clinton knows it well, he did it too). President Obama wants to appear tough on oil and keep gasoline prices low in July. But a few weeks later we will be back where we started. Lower prices only accelerate demand anyway”.

Here we go… another QE in disguise.