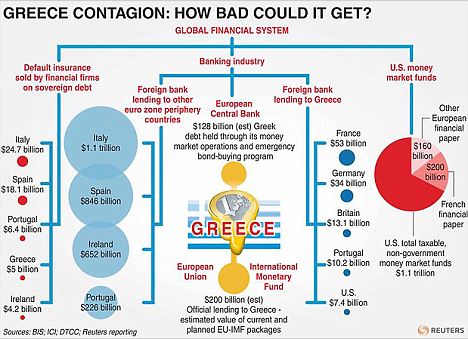 Today the 2 year greek bond reached 30% gross yield for the first time ever. Italy’s 10 year is now at 5.3%. Portugal 5 year CDS above 1000. The Euro debt crisis is in full swing. And apart from piles of leverage and out-of-control spending, the reckless subsidization and manipulation of power and gas markets has been partially to blame.

We are in July and the figures for energy demand are troubling, since they are a true reflection of the evolution of the economy and GDP.

The numbers are frightening, mainly because except Germany and some Nordic countries the rest of Europe languishes in spite of the optimistic expectations of “recovery” announced with great fanfare in 2008. It is even more worrying to note that the effect of stimulus plans, which accounted for more than 3.5% of EU GDP between 2007 and 2009, not only have been dissipated, but industrial activity has fallen to levels similar to those of 2008. So all the EU is left with is the debt generated by those stimulus plans, but no significant effect on GDP.

As for electricity demand, the countries surveyed in Europe (France, UK, Italy, Belgium, Greece, Portugal, Denmark, Poland and Spain) show a decrease of -2.5% annual cumulative. Electricity demand in Spain in the first half remained relatively stable compared to 2010, but not growing. 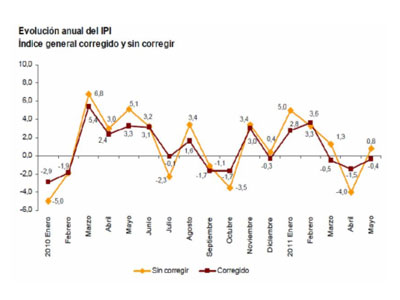 In this environment, the EU launched its Energy Efficiency Directive, which, if approved, would force the electricity and gas sector to achieve savings in annual consumption equivalent to 1.5% of sales. This would result in an improvement in energy efficiency 20% by 2020. Another interventionist measure from our friends in Brussels.

The proposed directive contains very detailed and wide-ranging proposals but according to Eurelectric it’s easy to already identify some preliminary areas of concern and ambiguity:

. Administrative burden: The proposal adds further uncertainties in permitting and authorisation procedures, potentially deterring investments and resulting in additional costs to meet the EU’s energy-climate targets. One example is the ambition to pre-define a technology mix for electricity generation.

. Inconsistency with the third liberalisation package: Europe ha forgotten about liberalisation. Now it’s all about obligation and central planning, and the consumer will pay for it all (the cost could exceed €1 trillion including infrastructure). Many provisions (obligation on smart metering/billing or on energy storage) contradict the EU legislation currently under implementation.

. Subsidiarity in delivering energy savings: Market mechanisms are ignored in favour of Soviet-style planning, but also the conditions required to deliver energy savings vary between and even within member states, creating an obligation but also a difference in cost. 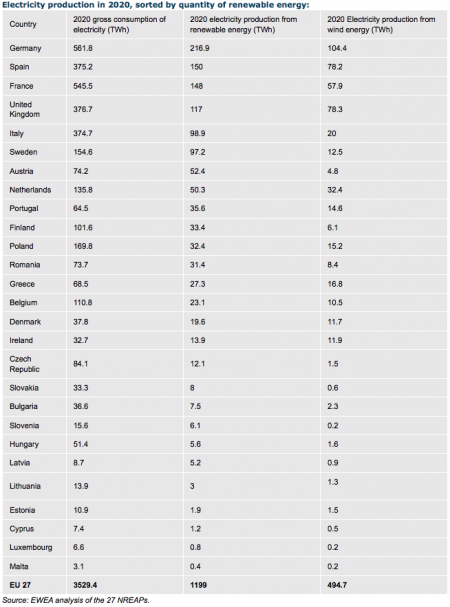 So on one side, systems are more inefficient, overcapacity remains, political intervention is forcing a pre-defined energy mix regardless of cost and feasibility, and at the same time demand is falling and industrial production remains weak.

And what is the problem? That if the GDP does not recover aggressively, the borrowing cost of economies grows, and given the voracity and debt demand of governments, industries get limited access to credit, just as we approach 2013, a year in which industrial groups have a higher concentration of debt maturities (2013-2014). And with more than €50 billion a year in subsidies in the European power systems, that the EU wants to triple, the cost of energy for industries and consumers will rise even with falling GDP, making countries less competitive.

If demand remains weak, overcapacity in the electricity and gas systems will not fall, just as Europe announces several incentives for investing in new capacity, from nuclear (in the UK, 10GW), wind (7GW pa) and solar (10GW pa), but also coal (Germany, lignite, 5GW planned). Investments that can be very valid in a process of displacement of other technologies, but the policy so far is to subsidize not only the “emerging” technologies but the “dying” ones too.

What is striking about the European Union that is so fond of  forced planning, intervention and patronizing the world on what to do is how it benefits on the industrial level from exporting to “polluting” countries like China or India and how it ignores the “externalization of pollution” that de-industrialization creates (as those same European industries move to other countries with less stringent environmental requirements). The pollution created by the thousands of tons of rare earths required for our high-tech and green lifestyle results in millions of tons of water polluted in China from the extraction process. The EU doesn’t care, but still patronises about CO2 and environmental policies.

Now the EU, in the middle of social revolts, austerity plans, budget cuts and a debt crisis, wants to increase its budget by 12%, three times the rate of inflation, after a 30% increase before. This also looks to increase the €126bn budget up to c€150bn in 2015.
The problem of the energy systems of the EU has not been liberalization, but intervention.

Interventionism means higher costs and mass subsidies, even to coal, for example (€1.5 billion in Spain only including direct subsidies and capacity payments), reaching the ironic situation of having countries where all the technologies are subsidized.

The liberalization of the electricity and gas markets between 1999 and 2004 brought the longest period of investments, improved infrastructure, service quality and better cost since the time of supply shortages of the seventies. It was then, as the EU ballooned in 2004, when governments decided to intervene, changing the laws in mid-game, subsidizing some technologies over others, restricting the free movement of capital, creating fictitious markets (like CO2) and generating capricious signals of demand and price through subsidies. And without risk, because either through tariffs or through taxes, planning errors have always been paid the consumer.

It is this devilish myriad of costs added to the final bills, and added to taxes, which in the EU are the highest in the OECD, what makes the final prices rise despite demand falls. The EU loaded the system with an infinity of small items, which always begin with the presumption of being “small”, but are slowly adding to the total bill. Capacity payments, restriction costs, ancillary services, subsidies…

The solution? Well, very simple. Market, market. If a coal-fired or gas plant must be reduced or disappear, so be it. If the price of electricity or the gas system that the EU has voted is expensive, the consumer should know clearly the cost of what is being promoted.

I am sure that if customers in Europe, suffering the austerity measures and cuts, knew that the cost of implementation of the so-called “low carbon economy” is conservatively €900bn, they would not be so happy.

If we keep inefficient technologies based on subsidies and anti-economic measures forgetting the market, not only we will keep unnecessary overcapacity in the system, but the consumer will not see the advantages of the lower parts of the cycle.