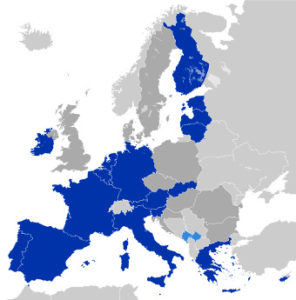 Fund managers all over the world seem to have fallen into the trap of believing Europe is undeservedly cheaper than the United States. Seems that many have forgotten why Europe is cheaper, and why it deserves to be.

However, even those who acknowledge a discount is warranted, seem to believe this time is different for European equities and that we are seeing a differentiated phase of growth and superior returns.

I believe some relevant factors are being ignored.

It has always been cheap. The Stoxx 600 is mostly comprised of banks and ex-growth conglomerates, many semi-state-owned, that buy growth inorganically at high valuations and usually at the peak of the cycle, and -as such – multiples compress as the conglomerate discount widens. While the S&P 500 trades at high multiples, it is mostly because more than 25% of its market capitalization comes from technology giants. In the Eurostoxx 600, technology is less than 5%.

Banks in the U.S. underwent aggressive re-structurings of their balance sheets. In the Stoxx 600 banks still hold more than 1 billion euro of Non-Performing Loans and returns are below their cost of capital. Taxation is also a major factor. European companies suffer a higher tax wedge and large exposure to extremely volatile countries. While the S&P 500 sales are concentrated in the United States – around 70% – and foreign sales are mostly coming from Asia, Stoxx 600 sales are more diversified and exposed to Latin America.

The recent decline in emerging market currencies is likely to reduce Stoxx 600 earnings power by a minimum of 10%, and the Eurozone slowdown, evidenced in the fourth quarter 2017 and first quarter 2018 figures, could reduce estimates by another 5%, according to our estimates at Tressis. That means a 15% downgrade to current consensus estimates, starting with banks, as net income margins are not rising as expected, and continuing with consumer and utility names, as internal demand fails to ignite as desired.

Eurozone consensus earnings estimates are coming down fast. Down 13% in one month between February and March according to the Bloomberg consensus, and earnings season in March-April has been highly disappointing. Flat sales and very modest EPS growth.

While all these factors may still support a value stance, it is worth highlighting that the macro tailwinds are largely behind us. The low oil price is no longer a growth driver, even if commodities in euros have not risen as fast as in US dollars. The emerging market collapse that started in Argentina and Turkey and has continued with Brazil and other countries is likely to hit earnings in local currency and in euros because currency exposure is hedged only at the operating level.

Dividend yield is the cornerstone of the European bullish story and clearly a positive driver… If you believe in it. Out of the Stoxx 600 companies, many of the high dividend plays remain cash flow constrained and either fund the dividend with increased debt or pay it in shares (scrip).

Paying the dividend in shares – increasing the share count – compresses multiples, and is like inviting you to dinner with your own wallet.

The dividend yield of the Stoxx 600, if anything, is a closer reflection of the real yield at which sovereign debt should trade if the European Central Bank did not intervene buying more than the countries’ net issuances.

The ECB monetary laughing gas is also close to

ending. Even if you believe the ECB will maintain its program for another year, the risk of it losing its placebo effect on equities is very high, as seen in Japan. And say goodbye to the bullish financials story if interest rates remain depressed.

High dividend yield becomes a trap when it is not a result of higher cash flow after Capital Expenditure, but a debt tool or an excuse to dilute shareholders with scrip dividends.

European stocks are cheap and for a reason. Poor earnings power, sub-optimal total-shareholder return policies, and inefficient conglomerate structures, but… Are there opportunities?

Avoid stocks where management wants to be government ministers. The value destruction created to please their future employer will be paid by you, the shareholder.

Avoid conglomerates that hide behind an incomprehensible business structure to claim they are cheap.

Focus on companies where you, as a shareholder, stand behind the capital expenditure and in front of cash flow, where management has skin on the game, and with focused and differentiated strategies where total shareholder return is the policy, not empire-building. These stocks are more expensive and have lower yields, but they perform better on bull and bear markets.

European stocks are more expensive than you think when you take into account sovereign, emerging market, and balance sheet risk… And the carry trade cost is rising as US rates go up. The US names may be expensive, but there is a larger number of names where shareholders are protected by stronger margins and management that focuses on total return.

Valuations are not enough. Margin expansion, earnings power, and cash flow strength matter. When stocks are cheap for a reason, they don’t protect in bear markets and they don’t perform in bull markets.