However…
There is a trick 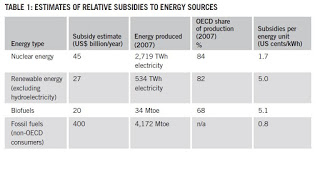 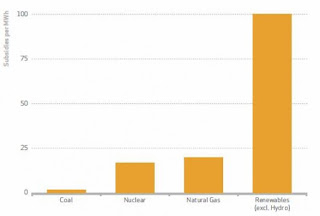 In US, per unit of electricity produced, coal is the least subsidised source of electricity. Nuclear power and natural gas obtain around US$20 per MWh generated. Renewables, excluding hydro power, receive roughly five times more – an average of US$100 per MWh. In comparison to this, subsidies for coal-based energy were less than US$1 per MWh (IEA World Energy Outlook 2010, IEA Key World Energy Statistics 2010) 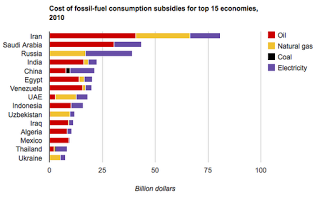 c) Renewable subsidies are a disproportionate amount of the cost of energy in Europe. Europe accounts for less than 20% of energy consumption and 75% of all subsidies, making the cost of power to the consumer almost 35% higher in “green countries” than elsewhere in the OECD (Eurostat).

d) In the US: The Congressional Research Service (CRS) conducted two studies analysing fossil fuel and renewable subsidies—one in April and one in May 2011. From those studies, in 2009, renewable energy subsidies were 49 times greater than fossil fuel subsidies when evaluated on a Btu (British thermal unit) basis of production. On a straight amount-of-subsidy basis, renewable fuels received over 6 times more tax revenue dollars than fossil fuels received, as estimated by the Joint Tax Committee. Renewables received a 77 percent share of total federal energy incentives in 2009, while fossil fuels received a 13 percent share but produced more than 7 times the energy.

Basic economic principles also dictate that fossil fuel subsidies given by Iran, Saudi Arabia, Russia, China and India are generated by the revenues that the countries receive from energy sold worldwide or from their budget surplus. This is excess revenue distribution.

Renewable subsidies in Europe and US are granted by adding debt and deficit to the budgets of the countries. These renewable subsidies are not excess revenue distribution, but higher debt creation, even if we account and deduct these countries’ “oil burden”.

Remember that the OECD countries oil burden, by the way and ironically, has not decreased -except in the US thanks to shale gas and domestic oil growth- despite massive renewable subsidies and policy support. So subsidies have made no relevant change to oil consumption, and therefore only added to cost… and debt. 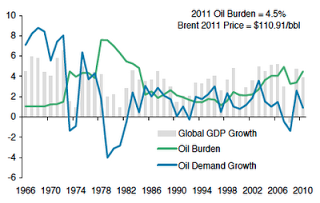 Fossil fuel subsidies do exist. Subsidies are not good and should be erased everywhere. All of them. But let’s tackle what we can control, not point out Iran and think that the best policy is to go as far in subsidies as Ahmadinejad and the Ayatollahs but with renewables. It’s a suicidal race.

Any economist anywhere would understand the principle of re-distributing wealth versus increasing debt. That is the difference between the vast majority of fossil fuel subsidies and the renewable ones.

5 thoughts on “Fossil and Renewable Subsidies. Careful with comparisons”