While markets become increasingly bullish, oil prices are close to a “warning zone” where the barrel could be one -if not the only- catalyst of a major slowdown.

In my book “Escape from the Central Bank Trap“, I explain the concept of the “Oil Burden”. It is the percentage of global GDP spent on buying oil. It is often said that when the oil burden reaches 5-6% of GDP it can be a cause of a global slowdown. 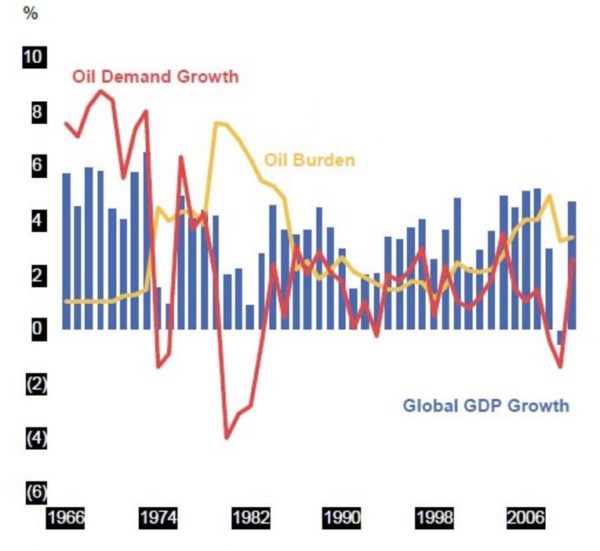 The mistake that many make is to think that the oil burden is a cause and not a symptom.

In the past, we have seen that a period of abrupt increases in oil prices was followed by a recession or a crisis. However, not because oil prices rose rapidly, but because the dramatic increase in commodities’ prices was caused by a bubble of credit and excess monetary stimuli.

In reality, the oil burden is perfectly manageable at 5% of GDP because the energy intensity of GDP growth is diminishing. We are less dependent on energy to create growth in the economy.

So the problem is not the oil burden by itself but the cause of the price spike. 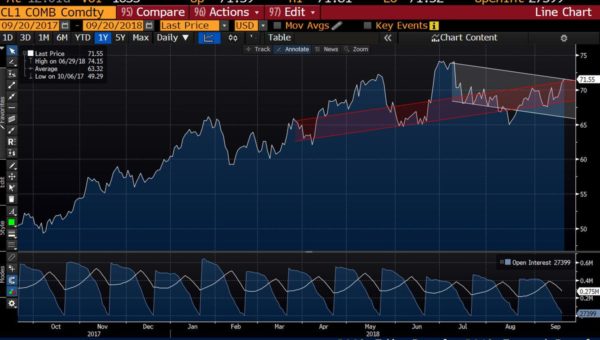 When oil prices rise abruptly we should be concerned, because they can cause a domino effect on the real economy. When the reason for the price increase is not fundamental, we have a major problem.

Why are oil prices rising abnormally in recent months?

The risk, therefore, is that too much greed may break the camel’s neck. Imposing artificially higher prices on the world through supply management always backfires. Many oil analysts wonder why oil is not at $100 a barrel with all the above-mentioned issues.

The supply management’s desired “boom” is smaller than expected due to lower energy intensity and high global debt, and the risk of an abrupt bust is exacerbated because price increases are not based on fundamentals.

The global oil burden will rise to 3.1% of global GDP in 2018 from 2.4% in 2017 and -if Brent goes to $80 for an entire year- could soar to 4% of global GDP. This is deemed as manageable by most analysts. However, “manageable” is a scary concept that was used numerous times in the past before a bust.

The risk for the economy may not be the oil burden in itself, but a rising oil burden that is entirely driven by supply manipulation, disconnected from supply and demand reality and affordability.

If you believe rising oil prices prove the success of OPEC’s boom cycle creation, be careful about the bust. It will be self-inflicted.

2 thoughts on “Is The Oil Burden A Rising Problem?”