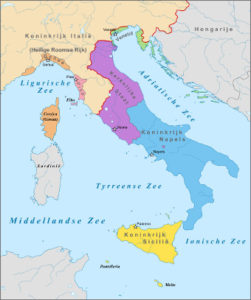 The populist coalition in Italy has presented an “economic” program and a threat to the European Union that makes Greece look like a walk in the park.

Let us start with reality.

Italy’s economic problems are self-inflicted, not due to the Euro.

Because of this, government spending continued to rise well above revenues. As Italy -like Spain and Portugal- decided to penalize high-productivity sectors with rising taxes, revenues fell short, while expenditures continued to rise. Italy, like so many peripheral countries, created a massive “crowding out” effect of the public sector against the private. It is not a coincidence that most citizens in Italy, like Spain or Portugal, prefer to be civil servants than entrepreneurs.

It is no wonder that, while private companies managed to survive and improve “despite government”, debt and non-performing loans soared.

Now they blame the Euro. As if the same crowding out would not have happened outside.  The only difference is that outside the Euro the government would have destroyed savers and citizens through constant “competitive devaluations” that were the cause of the economic weaknesses of the past. Constant devaluations did not make Italy, Spain or Portugal more competitive, they made them perennially poor and perpetuated their imbalances.

What solutions do the populists offer? More of the same.

In a report called “Welcome to Fantasyland”, independent analyst Gianluca Codagnone of Fidentiis explains: “Some of the statements are obscure. I mean literally, as “back to pre-Maastricht spirit” (uh?), while some other statements imply options which are unconstitutional (17 and 18).  The debt repeal for €250bn which was in the first draft has been substituted by the demand that the Debt held by the ECB after QE is
not accounted for in the Debt/GDP ratio. The opt-out clause from the Euro, has been substituted by a
demand for a full renegotiation of EU treaties (fiscal compact, six pack, debt held at Euro-System, monetary policy and so on). But above all, the measures outlined would imply an additional deficit of some €130bn by 2020 and shoot the 2020 Deficit/GDP to 8%”.

Italy has shown that accepting the populist argument of non-existent austerity and allowing imbalances to increase in order to contain rising political backlash, has only created more demands for excess.

Italy has not seen any austerity. Just moderate budget control.

The nonexistent austerity has led to madness. Populist parties behave like those children who receive a treat if they stop behaving badly, they continue to misbehave because they think they will receive more candy.

The funny thing is that millions of Italians and Europeans think that their pensions, their public salaries and their healthcare would be maintained or increased by defaulting and leaving the euro.

More importantly, even if these measures are accepted by Europe, it will create a domino effect of squandering states doing the same, ultimately destroying the European Union in the next debt crisis. 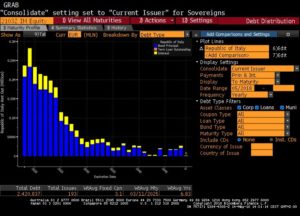 Italy faces about 350 billion euros of debt maturities, more than 300billion non-performing loans and approximately 65 billion debt maturities in euros from the largest Italian companies, in the next six to eight years. 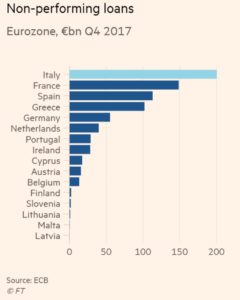 Effective default would mean the bankruptcy of the social security, pensions, the collapse of public salaries and savings (since the main defaulted-on would be the Italian savers). But the bankruptcy of the banking system and rises in bond yields would lead to the drying up of credit to companies and families, no matter how exporters they may be. Exiting the euro would be a massive huge devaluation and a domino of bankruptcies.

The problems of Italy -or Spain, or any other European nation- are not solved by destroying the country and the currency. In this scenario, it seems almost naive to me that the European Commission thinks that it is going to place “safe” bonds packaging government debt while the politicians think that the only solutions are default or excess.

The European Commission wants to bundle debt from several states in a “safe bond” through a structured product, the ESBie. No one thought of this before, of course (irony).

“Only private investors would share the risk and losses,” states the draft of the Commission. This new example of subprime shows that the European Commission does not understand that packaging German bonds with Greek bonds does not make Greece safer but Germany riskier.

Standard & Poor’s has already stated that it would not grant ESB the highest rating, which is what the European Commission wants and, at most, it would have the qualification of the worst quality bond of the senior tranche. The rating agencies have already made the mistake of giving unjustified credit ratings due to a supposed state guarantee (Freddie Mac and Fannie Mae, the largest mortgage originators were and are public). 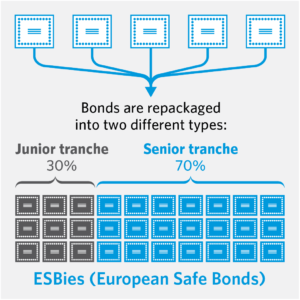 ESBs (European Safe Bonds) are a new demonstration of how little Europe understands risk, markets and reality. The program of the Italian coalition of extremists is the demonstration that populism is not contained by whitewashing it.

4 thoughts on “Italy, the ESB and Europe’s Populist Fantasyland”