Oil prices surged into the third quarter due to a combination of factors: 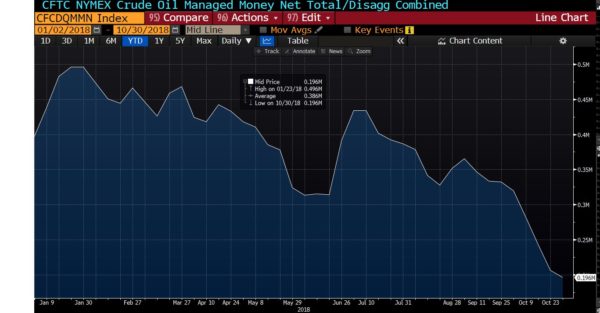 Now we are seeing an obvious “hangover” effect, similar to what we saw in 2008.

If you remember, in 2008 we saw oil prices rise dramatically despite global growth estimates coming down and evidence of rising risks to the global economy. We might not be in a similar situation to 2008, but we are seeing a clear evidence of a slowdown.

Moody’s has slashed its estimates of global growth for 2019 by 10% in the past three months, to 3%. Meanwhile, crude inventories are likely to rise in the next months as the main importers start to show the reality of lower growth. 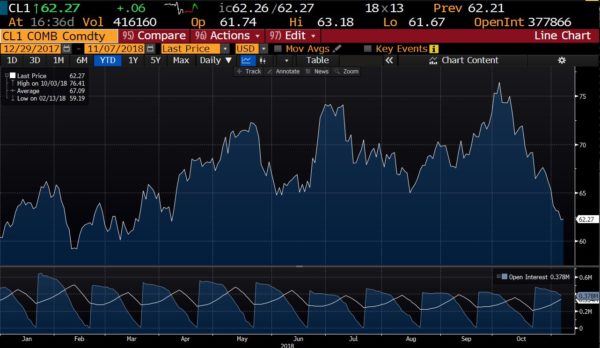 As such, oil prices have roundtripped despite OPEC keeping the tight grip on supply, and also despite concerns on Venezuela and Iran output.

Not only short-term prices are down on the year, but the entire long-term curve has shifted down. 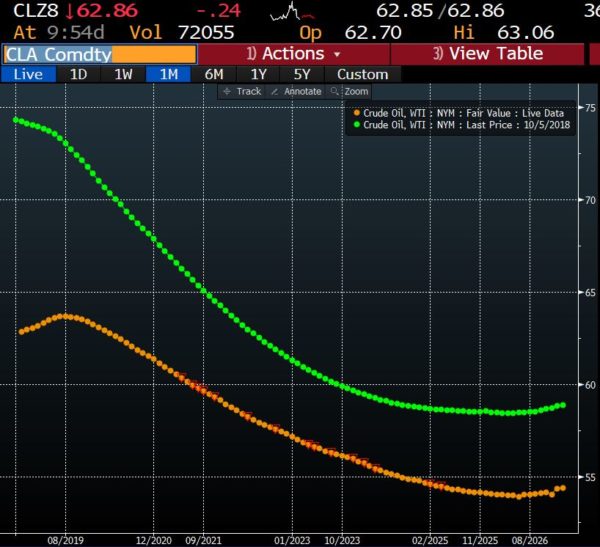 We are talking an entire $5 move down in the forward curve, and oil is now in contango, after spending a few months in backwardation. 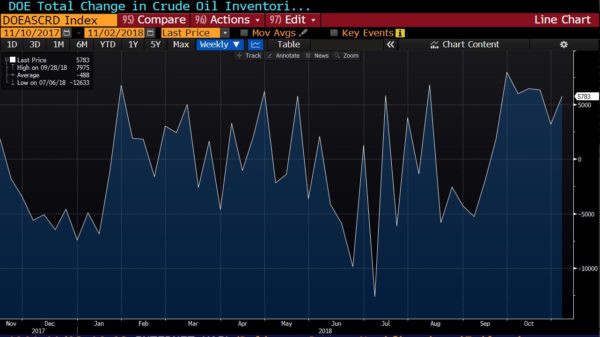 Inventories, which fell between April and September, are back at high levels. 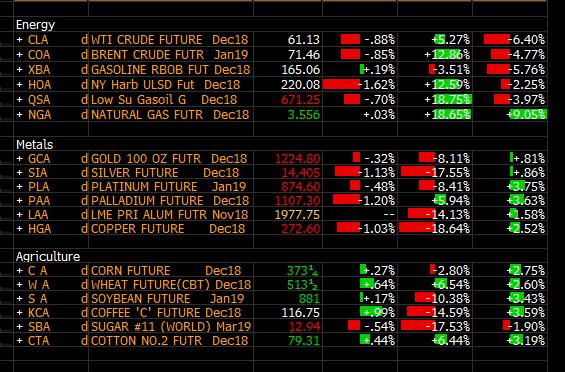 The move in oil is simply another piece of evidence of the global slowdown that had been reflected in the price of copper and other commodities. More disinflationary risk as Chinese data becomes more concerning and the eurozone, as well as emerging markets, publish weaker-than-expected figures.

We cannot blame the US dollar, because oil prices have been falling without any rise in the DXY (dollar index). 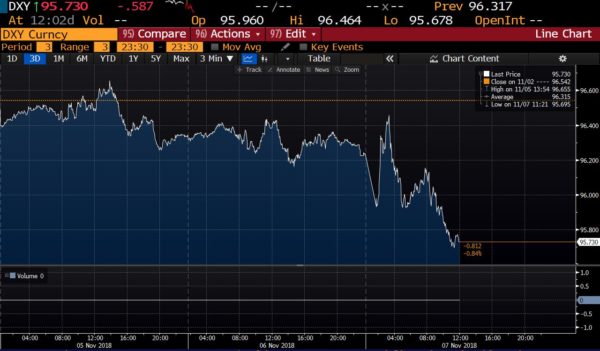 OPEC has kept its supply cuts, so there is very little else they can do. More importantly, if they decide to artificially manipulate supply again, the response from consumers will be more diversification and it will be -again- only to the advantage of the US producers.

Furthermore, if OPEC remains fixated in inflating oil prices, they will simply hurt their customers in a weakening global growth environment.

What oil prices are showing is simply that we were living a mirage of bullish estimates and artificial inflation of prices, and it lasted very little.

If you want to be bullish oil from here you need to believe in three things:

The reflation trade never existed. It was simply part of the fallacy of synchronized growth, and it is dissipating alongside the central-planned myth of GDP growth by design.

1 thought on “Oil Price Roundtrip, A Headache For OPEC”