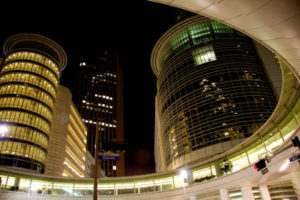 The end of the era of cheap money highlights the risk of “Enron-style” bankruptcies in many sectors, including renewable energy. With the path of three rate hikes in the United States in 2018 confirmed by the Federal Reserve and a nervous equity market, the challenges are more evident than ever.

The past eight years of massive liquidity and low rates have not helped deleverage, and many companies have used this period to increase imbalances and create complex debt structures. In fact:

This is particularly evident in the renewable sector where, even in the years of high liquidity and low rates, bankruptcies soared.

The renewable sector has undergone an absolutely spectacular transformation in the past eight years. Technology advanced, costs fell and global leaders strengthened when their strategy was to develop an energy model. Understanding that disruptive technologies cannot be more leveraged than traditional ones was key. When technology reduces costs and disrupts inflationary models, basing the business on ever-increasing subsidies and higher prices and financing it with massive debt is suicidal.

In the era of cheap money and extreme liquidity, many companies used the “green” subterfuge to implement an extremely leveraged builder-developer model, ignoring demand, costs, and competition. A model whose sole objective was to install for the sake of installing capacity, whether there was a demand or not, and that pursued subsidies while stating that it is very competitive.

Even in a period of falling interest rates and very high liquidity, there have been spectacular bankruptcies, so imagine what can happen when rates rise.

Bankruptcies such as SolarWorld, ET Solar, American Solar, SunEdison, Sungevity, Suniva, Beamreach, Verengo Solar and others did not happen due to lack of support or technology, but due to a bubble-type business model. Increase debt to pay debt, death from excess capacity and working capital amidst unbridled imperialistic growth aspirations. While many companies filled Powerpoint slides with the competitive advantages of lower costs, their business sank due to the impossibility of generating returns above the cost of capital and the evidence of death by building working capital.

If a technology is viable, it does not need subsidies. If it is unviable, no subsidies will change it.

Bankruptcies in the solar sector exceed all those of the inefficient coal and fracking companies combined. This domino of bankruptcies, which includes more than 120 corpses of large companies around the world, was self-inflicted. And now, winter is coming.

But the risk is now greater.

It is not a problem of technology, it is the addiction to cheap debt and growth for growth sake. And it’s not just a problem in the renewable sector. The combination of lower revenues and increased debt costs is a danger. Cost of debt rises, and cost of equity soars due to higher perceived risk, which in turn can dry up the market for capital increases and refinancing.

It is not just renewables, but it is worth highlighting that energy is -again- the most vulnerable sector due to the cyclical nature of its revenues and the perpetuation of overcapacity of the past eight years.

In 2018, for all sectors, refinancing needs exceed one trillion euros in Europe, Africa, and the Middle East. This figure is doubled if we include China and other markets.

At the same time, the number of zombie companies has skyrocketed in the era of cheap money. What is a zombie company? Those that are not able to pay interest expenses with operating profits.

Not all is bad news. Just as the end of the dotcom bubble gave us better and greater internet service and infrastructure at lower prices, the bankruptcy of the inefficient sectors will give us higher quality services at a lower cost.

The fallacy that “if interest rates rise, we will increase capital” has been dismantled many times in recent years. When debt markets close, equity markets close in tandem.

The next time you are told that companies have to borrow more to grow because rates are low or that increasing debt improves the cost of capital, remember. None of it happens if the business’ repayment capacity disappears with a mere 1% rate increase.

Be ready for the next Enron. Winter has arrived.

1 thought on “The Next Enron? The End of Cheap Debt”