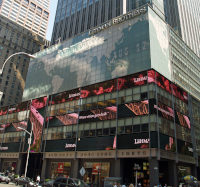 We have been reading numerous comments recently about a forthcoming recession and the next crisis, particularly on the tenth anniversary of the collapse of Lehman Brothers.

The question is not whether there will be a crisis, but when. In the past fifty years, we have seen more than eight global crises and many more local ones, so the likelihood of another one is quite high. Not just because of the years passed since the 2007 crisis, but because the factors that drive a global crisis are all lining up.

What are the main factors that could trigger the next financial crisis?

The fallacy of synchronized growth triggered the beginning of what could lead to the next recession. A generalized belief that monetary policy had been very effective, growth was robust and generalized, and debt increases where just a collateral damage but not a global concern. And with the fallacy of synchronised growth came the excess complacency and the acceleration of imbalances. The 2007 crisis erupted because in 2005 and 2006 even the most prudent investors gave up and surrendered to the rising-market beta chase. In 2017 it was accelerated by the incorrect belief that emerging markets were fine because their stocks and bonds were soaring despite the Federal reserve normalization.

Nothing like the last one, in my opinion. Contagion is much more difficult because there have been some lessons learnt from the Lehman crisis. There are stronger mechanisms to avoid a widespread domino effect in the banking system.

When the biggest bubble is sovereign debt the crisis we face is not one of the massive financial market losses and real economy contagion, but a slow fall in asset prices, as we are seeing, and global stagnation.

The next crisis is not likely to be another Lehman, but another Japan, a widespread zombification of global economies to avoid the pain of a large re-pricing of sovereign bonds, that leads to massive tax hikes to pay the rising interests, economic recession and unemployment.

The risks are obviously difficult to analyse because the world entered into the biggest monetary experiment in history with no understanding of the side effects and real risks attached. Governments and central banks saw rising markets above fundamental levels and record levels of debt as collateral damages, small but acceptable problems in the quest for a synchronised growth that was never going to happen.

The next crisis, like the 2007-08 one, will be blamed on a symptom (Lehman in that case), not the real cause (aggressive monetary policy incentivising risk-taking and penalising prudence). The next crisis, however, will find central banks with almost no real tools to disguise structural problems with liquidity, and no fiscal space in a world where most economies are running fiscal deficits for the tenth consecutive year and global debt is at all-time highs.

When will it happen? We do not know, but if the warning signs of 2018 are not taken seriously, it will likely occur earlier than expected. But the governments and central banks will not blame themselves, they will present themselves -again- as the solution.

Daniel Lacalle is Chief Economist at Tressis, professor of global economy and author of “Escape from the Central Bank Trap”.