“Only when the tide goes out do you discover who’s been swimming naked.” – Warren Buffett

The US 10-year bond has reached, at the close of this article, a yield of 3.2%, the highest since 2011. As inflation in the United States picks up, the economy grows well above consensus estimates and unemployment falls to the lowest level of the last fifty years, it is only normal that the Federal Reserve rate hikes are confirmed. 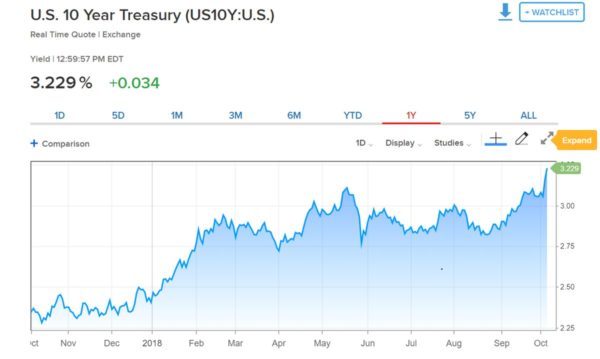 Those concerned about a “hawkish” tone of the Federal Reserve and the path of normalization, should admit the reality. Many investors were aggressively betting on the Fed not doing what it had announced it would do for two years. Too many times have I heard people say that “the Fed will not dare” while increasing exposure to negative-yield bonds and emerging market risk. 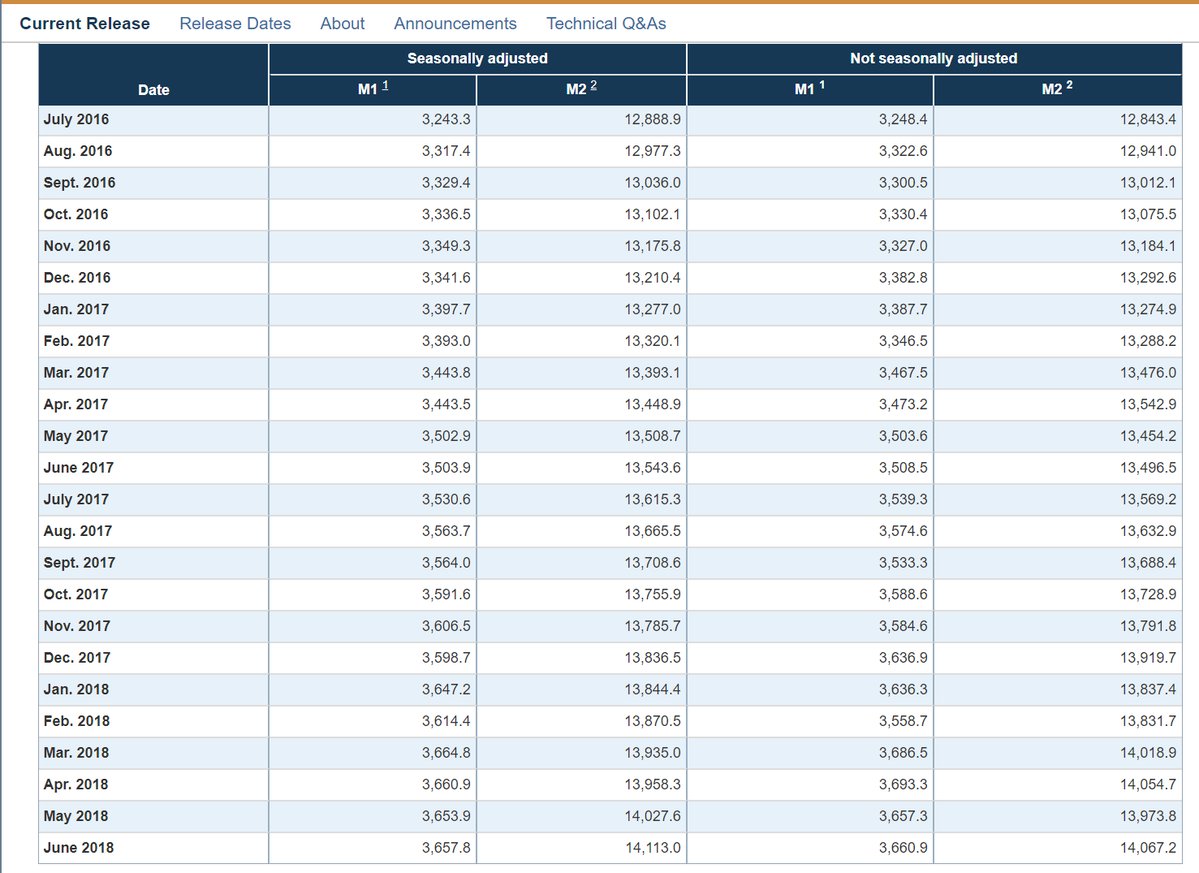 The first, and most important factor is that the Federal Reserve is not hawkish or aggressive: 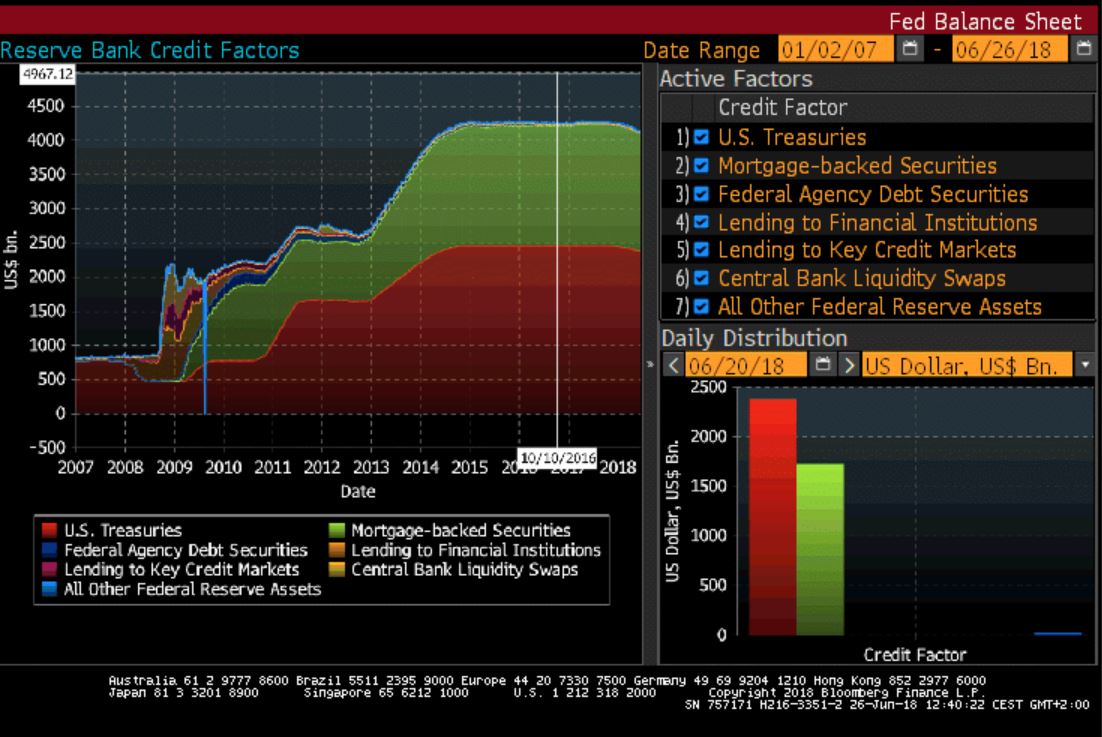 That implies that the Federal Reserve will maintain its path of rate hikes as it has been announced over and over again for the past two years. Those who decided to ignore it did it at their own peril and cannot expect the Fed to bail them out of wrong debt or investent decisions.

If the Federal Reserve does not advance in its normalization path, it will have no tools for the next change of cycle, making the next crisis much harder and deeper than any of us can imagine.

What is the problem, then? A market that has been ignoring the warning signs expecting that the Federal Reserve will not do what it has announced and that the US economy would not strengthen. A kind of global “Too Big To Fail” has driven more than 70 countries around the world to increase their fiscal imbalances and borrow at historical high amounts thinking that, by doing so, the Federal Reserve would not dare to raise rates and would maintain the bond bubble.

Where are the greatest risks and opportunities?

The greatest risks are in the two apparent opposite extremes of risk. The allegedly safest assets, sovereign bonds, are in the most obvious bubble. While the amount of negative-yield bonds has fallen, more than 6 trillion dollars of bonds with negative real returns represent an important source of nominal and real losses for investors.

The yields of the 10-year bonds of the eurozone sovereign issuers are completely disconnected from the reality of fiscal and political risk.

Let us ask ourselves for a moment if any of us would buy bonds from Italy, Spain, Portugal or Greece at current yields if they were not completely absorbed by the ECB. No one. Therefore, even if your answer is “the ECB will have to keep buying”, the bubble is unquestionable, and it only disguises itself. The European Central Bank has been the only buyer of Italian bonds for months.

You have to look at 20 or 30-year maturities in the eurozone to find sovereign bonds yielding more than inflation expectations. Completely insane. 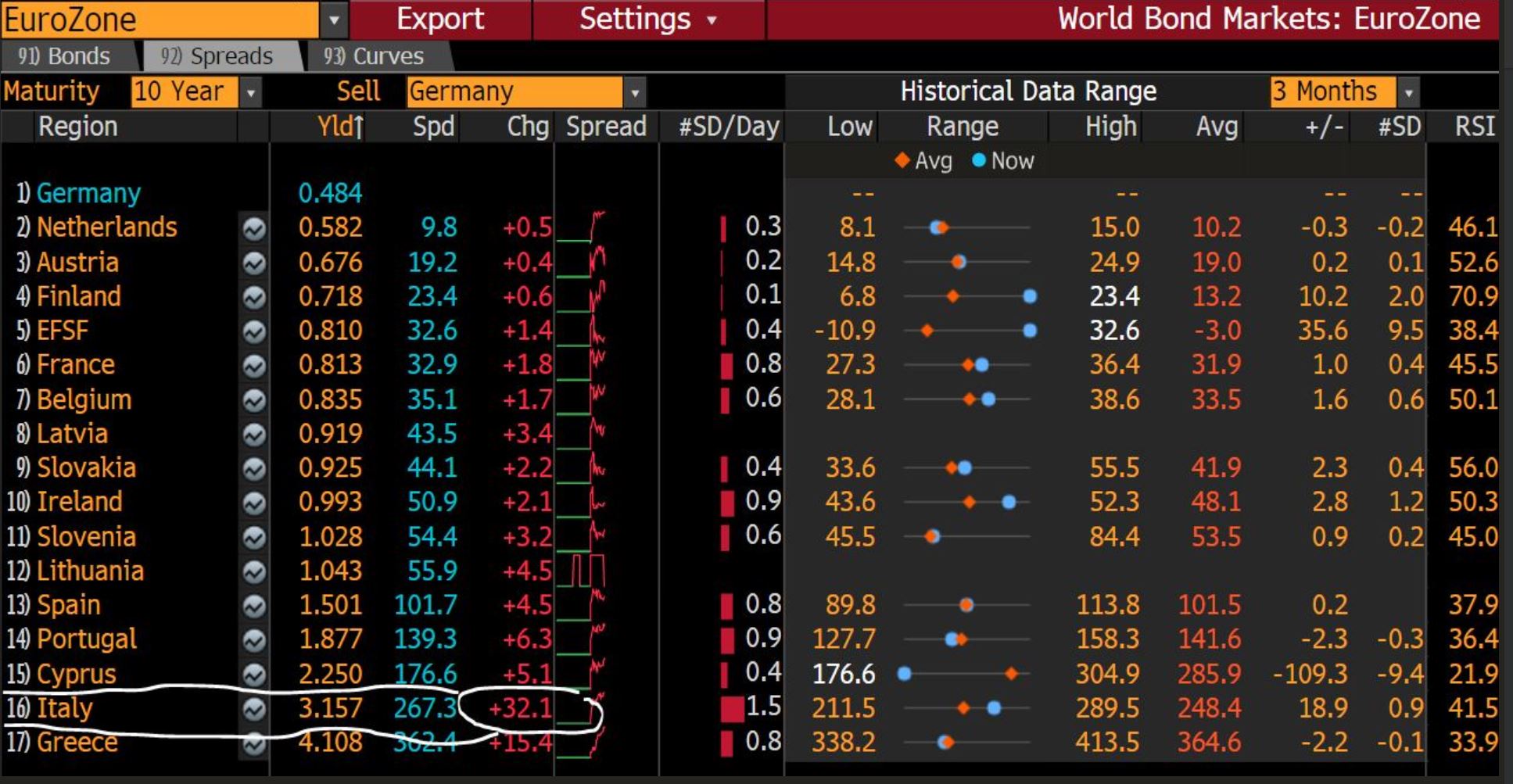 The same thing happens on the other side of the risk spectrum, the so-called “high-yield” bonds, or as I call them “high-yield with no yield”.

While the Bank Of International Settlements (BIS) warns that the number of zombie companies (those who cannot cover interest expenses with operating income) has risen to all-time highs, those same companies are issuing debt at all-time low yields.

When the differential of the majority of these “high-yield” bonds with the sovereign is around 270 basis points, investors are literally buying insolvent issuers’ debt at abnormally low yields. At the very least, companies with significant financial difficulties are issuing paper at exceptionally low rates.

Financial repression carried out by central banks has led the most cautious and conservative investors to take more risk for lower returns in order to get some yield and income.

The same problem is seen in emerging markets. The 10-year Brazilian bond yields a return of 11%, a figure well below the 14-15% that any analysis of currency, inflation and political risk would suggest. 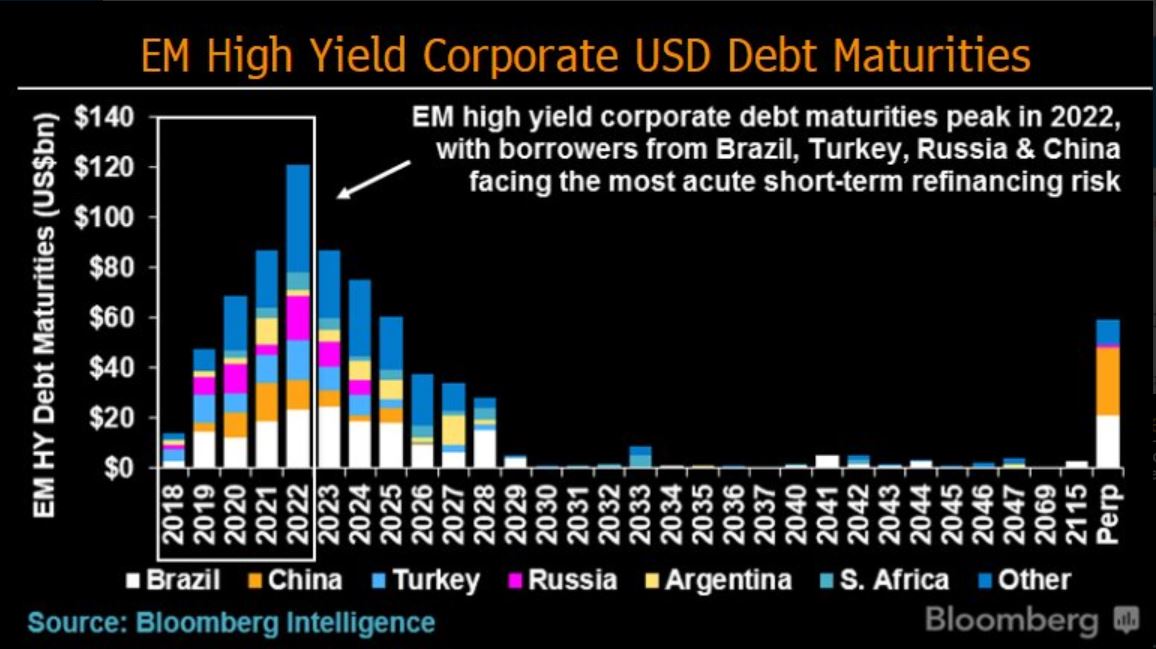 Some emerging markets that have aggressively increased their debt in dollars in recent years, especially in 2017, show a much higher risk profile than what the yield offered by their bonds discounts.

Performance of the emerging market bond ETF shows this clearly. 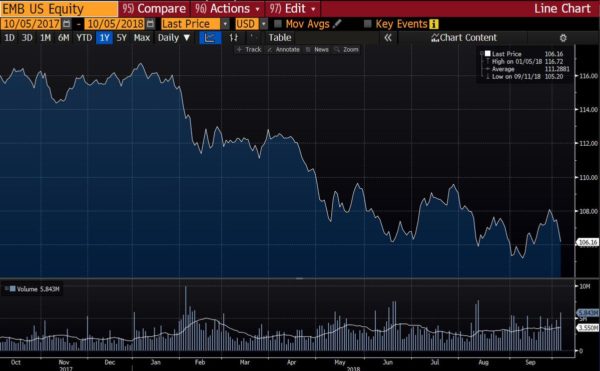 This accumulation of excess risk-taking created in the “search for yield” years can lead to losses in the more conservative funds of close to 2.5 trillion US dollars, according to Goldman Sachs.

But where are the opportunities?

Fixed income continues to offer attractive opportunities in US bonds of high-quality issuers, where the combination of currency strength and decent yield generate a good hedge against the risk of the aforementioned bond bubble.

Although some of these bonds have fallen somewhat in price, the evolution of the US dollar offsets this impact, something that is not likely to happen in other and higher risk assets.

Some Emerging Markets have corporate issuers with fully dollarized revenues and low-risk profiles that are worth analyzing. A fall in the price of the bonds of issuers with low debt and high income in dollars can be a good opportunity if we analyze correctly their solvency and liquidity profile without using extremely optimistic estimates.

In developed markets, boring is good. Those boring non-financial companies, without much growth, but healthy balance sheets, which have more solid liquidity and solvency ratios than their countries’ governments and comparable competitors also offer good opportunities. These bonds, of course, are also expensive, but because they deserve it, not because of manipulation through monetary repression.

Value chasing in fixed income can be tricky when yields are artificially suppressed. Expensive-for-a-reason bonds are a better option for investors than catching falling knives under the mirage of value.

In Europe, the ECB is dangerously losing the opportunity to raise rates and accumulate tools in the face of a change in the cycle, and if it errs on the side of caution, the negative effect will be worse in the medium term. The Federal Reserve knows that credit conditions remain extremely lax and the US economy can absorb another five rate hikes. Any global bond portfolio must reflect that reality.

(Graphs courtesy Bloomberg except where noted)