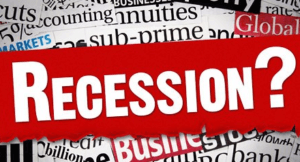 The most recent consensus estimates for global Gross Domestic Product growth show a healthy “synchronised” development in most economies. Expectations for the major economies are much stronger than what economists expected at the end of 2016 for the next three years. Seems all concerns about a global slowdown and subsequent recession have disappeared. What has changed?

The first major driver of this newfound optimism is China. The Chinese economy has not slowed down as aggressively as predicted nor has the Yuan devalued as much as feared. The counterpart is that deleveraging and structural reforms have vanished from the China debate. Chinese total debt has surpassed 300%. In the first ten months of the year, money supply has increased by 9.2%, significantly above estimates. From January to October 2017, China has added more debt than the UK, EU, US and Japan together, and that should be a cause of concern in the next months.

Bond yields are already rising in China and the stubborn decision of the government to “print” an official growth above 6% is also creating significant imbalances in the economy that will be more difficult to solve if ignored.

The second factor behind the current wave of optimism can be found in the excessive risk attached to political catalysts in the past two years. As economists, many of us were concerned about the different events in the political calendar, from Brexit to the Trump presidency, to the French and German elections. None of these events have generated a dramatic negative effect on the major economies.

The feared “rise of protectionism” did not happen, and trade growth rose above expectations, and economic recovery accelerated throughout the year. In effect, many were wrong attaching too much risk to political events, but this has led to an opposite effect. By the end of 2017 what we can read out of consensus estimates is that political risk has been all but ignored.

The third relevant factor has been the gradual increase in inflation expectations. For many, it does not matter that it comes mostly from rising food and energy -two elements that are not positive economic growth drivers in most major economies-, they just see that inflation is picking up and that must be good. Well, it is not. Productivity growth is still very poor in OECD countries and core inflation rising is not driving real wages higher.

If we look at 2018 and 2019 expectations, the risks of rising debt and elevated bond and risky asset valuations are being completely ignored. Global debt stands above 325% of GDP, an all-time high even though solvency and liquidity ratios have deteriorated according to Moody’s. Meanwhile, bonds and equities continue to post record-high levels. Today, this excess risk-taking in financial assets is evident and clearly beyond fundamental valuations, and should be addressed. Extremely loose monetary policy is driving risky assets to constantly higher valuations and the risk of a financial bubble is clear.

Once we look at the global economy from the risk relative to opportunity perspective we can easily conclude that the concerted action of global central banks has disguised risks under a massive cloud of debt and money supply. As such, it may be the case that 2018 does not bring a recession, but it is at the same time a concern that the optimism is based on excessive leverage and risk-taking. Again.

Let us think of the risks to a growth that is based on ignoring high debt and financial bubbles.

It is likely to cause a wider recession when the effects of extremely loose policies moderate.

It is also likely to be hard to combat by central banks as they have run out of tools.

Furthermore, credit growth is unlikely to pick up when the level of debt has risen so quickly in low productivity sectors, fueled by low interest rates.

The main issue of the current recovery is that it is slower than any other in history and at the same time the world has not seen a significant cleansing of the imbalances of the major economies. Brazil is likely to exit recession with its industrial overcapacity intact, for example. This will likely drive a more pronounced decline when monetary policies normalize.

This is a very similar problem to the one of the European Union, where virtually no government would be able to absorb a modest rise in interest rates of 0.25% without increasing deficits. When two of the largest economies in the world, the European Union and China, have used extreme monetary policies to disguise their structural problems, we need to be aware of the risks.

WHAT COULD CAUSE THE FIRST DOMINO TO FALL?

We must pay attention to the domino effect of extreme monetary policy. The major central banks’ balance sheets accumulate $20 trillion of assets, and interest rates are at the lowest level in 3,000 years. Even if some economists believe that this is not a problem because “there is no inflationary pressure”, we should at least understand the risk of an economy that has grown addicted to extreme monetary expansion.

Even if you believe these policies have helped to lead the world out of the crisis, which is more than debatable, the next recession will likely be caused by the unintended consequences of cheap money. Cheap debt.

We need to pay attention to these rising risks. Extreme complacency is the biggest risk, as I explain in my book “Escape from the Central Bank Trap” (BEP, 2017).

The next recession will not be caused by housing or the sectors that generated previous recessions. It will be caused by the assets that we perceive as having lowest risk. With $9.5 trillion in negative-yielding bonds, we as economists need to start paying attention to the ramifications of a growing financial-asset bubble that faces a wall of worry once central bank policies start to fade.

The next recession is going to be caused by making the same mistake of the previous ones: Denying the accumulation of risk. It is unlikely that we will see it in 2018, but the main reason is because imbalances are being perpetuated through central-planning.

Daniel Lacalle is a PhD Chief Economist at Tressis and professor of Global Economy, as well as author of  Escape from the Central Bank Trap, The Energy World Is Flat (with Diego Parrilla) and Life In The Financial Markets.