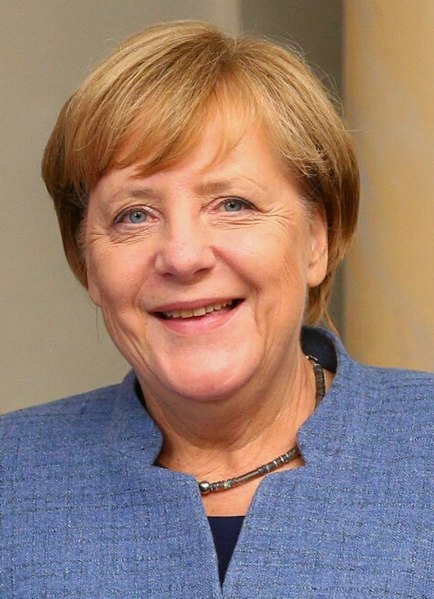 A few months ago we commented that there will be no energy transition without competitiveness, and given the proposal of Germany to carry out another huge green plan, the European Union faces the opportunity to correct the mistakes made in the past with the wrong subsidies and policies. An opportunity to strengthen the economic fabric of the eurozone. However, the risks of repeating the same mistakes are not small.

The German Energiewende has been a huge and costly mistake (more than 500 billion euros in cost) due to very specific factors of German policy that are not being repeated in other countries. According to a study by Thomas Unnerstall, Germany’s two big mistakes in its green plan have been stubbornness and excess. Obstinacy in the elimination of a large part of the nuclear park during the transition period and the excess of subsidies at the initial moment of the development of renewable energies. These two errors explain 75% of the excess cost.

The most worrying thing is that electricity prices for households have increased by 60% since 2006, and the consumer has not benefited from the drop in wholesale energy prices. While the costs of supply, distribution, and networks in the price of electricity have fallen by 17% since 1998, the percentage of fees, taxes, and subsidies increased by 196% (subsidies soared from 0.08 ct / kWh to 6.4 ct / kWh in 2018).

There are many important factors to remember. Citizens must be aware that demagogy cannot dictate energy policy. The European Union cannot ignore security of supply risks and loss of competitiveness if it promotes a volatile, intermittent and costly energy mix . Environmental strategies have to be aligned with innovation and competition so that policies do not destroy consumption, investment, growth, and citizens’ disposable income.

Politicians ignore the reality: Energy transition is unstoppable and does not need interventionist policies. The US has proven that technology and competition have done more to reduce CO2 emissions and improve efficiency than the constant increase in indirect taxes seen in the EU.  Energy transition will only happen if competitiveness and economic logic support environmental objectives. Taxpayers cannot be, again, those who pay for political planning errors. If Europe makes the mistakes of the past, there will be no energy transition but there will be more unemployment and recession.

Germany must learn from its policy mistakes and, with it, the rest of the Europeans. The slowdown of the eurozone is not a coincidence and is not detached from the mistakes in energy policy. The Eurozone weakness can be explained in an important part by a wrong policy of taxes and interventionism that has prevented citizens and businesses from benefiting from energy technological development. By denying the undoubted benefits of competition, which allowed the United States to reduce emissions and lower prices to consumers while strengthening investment and employment, Europe has lost a great opportunity that it can now solve.

If this plan is channeled towards improved competition and not unnecessary increases in taxes and management, Europe can substantially improve its energy mix by taking advantage of what we have learned from past mistakes and experiences. What would be suicidal is to redouble the wrong bet .

Unfortunately, when they talk about a ” New Green Deal”, what it is about is to delve into familiar mistakes: Massive tax increases and more unnecessary subsidies when technology, innovation, and competition are already working.  Raising taxes on airline tickets is not a stimulus plan, it means harming the most disadvantaged so that the rich travel more comfortably by plane.

A much more ambitious and effective plan can be carried out learning from what has worked. In the United States, tax credits and power purchase agreements between parties have been more effective in strengthening new energy technologies than the European tax and intervention directives. The winning combination of natural gas and renewables competing has done more to improve the environment and consumers’ lives than large government-spending plans. A true energy transition plan would have a much greater multiplier effect if no obvious disincentives are generated, because the European Union cannot be approximately 10% of the world’s emissions but 100% of the cost, with a CO2 pricing mechanism that works as a subsidy to keep obsolescence, leading to an unplanned resurgence in the use of hard coal and lignite. Why? Because the CO2 price mechanism has made power prices more expensive and technologies that would not be viable in a competitive environment have been revived by the same scheme that tries to make them less competitive. Prices rise, margins are low but acceptable.

Europe can benefit from what has been learned from the mistakes of Energiewende to reorient its incentives by eliminating subsidies and exchanging those for tax cuts and facilitating competition. When, for example, barriers to interconnections continue to be in place to support obsolete semi-state owned national champions, the cost of interventionism is passed to the taxpayer and energy transition is actually delayed.

Europe has enormous advantages: leading global companies, the experience of previous mistakes and some successes, a spectacular potential through investment in interconnection, and a potential market that can increase by 30% if investment in isolation, energy efficiency, and savings are combined with the attraction of technological investment and innovative capital. More government-spending plans disguise a desire to keep the directed-economy model at all costs with huge subsidies to the unproductive areas and more taxes to the high productivity sectors. It generates a double negative economic impact.

We must be aware of the opportunity and not fall into the complacency of denying past mistakes.

Will the 100 billion euro plan be the solution for Europe? Let us give it the benefit of the doubt before it is fully announced, but headlines so far show it is very likely that it will be similar to the ones of the past. Let us not forget that the German government is talking about a figure that is one-third of what has been mobilized in the Juncker plan with indiscernible effects on growth, and much lower than the  650 billion euro of the InvestEU Program 2021-2027. despite -or because of- those enormous plans the European Union is on the way to recession.

If Europe wants to relaunch its economy, it will not be by repeating exactly what has led it to stagnation. It’s time to bet on competition and innovation.

Thread on the mistakes of the carbon tax and Germany’s Energy Policy:

-How expensive is an energy transition? A lesson from the German Energiewende, Thomas Unnerstall. Energy, Sustainability and Society volume 7, Article number: 38 (2017).