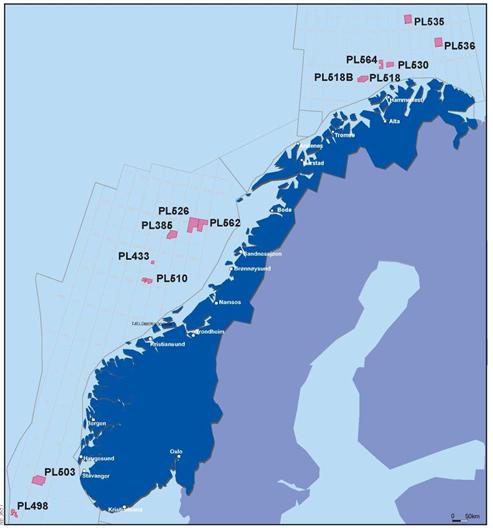 The Norwegian oil production decline is staggering. The figures are simply incredible. Total liquids production in April came at 2.10mbpd, flat from March, but down 7.1% year-on-year. Production has fallen by more than 20% (440kbpd) from 1991 levels, Problems have come in all shapes and forms. Corrosion of old infrastructures, lack of proper investments prior to the merger of Statoil and Norsk Hydro, lack of in-depth analysis of reservoir and the optimal recovery techniques, added to a less than stellar appraisal and development process.

Let’s start with a fact: There is a technical and cost challenge that is evident, but given the success in exploration and the experience of similar geological structures, it is not clear that the decline is impossible to offset due to an irreversible geological problem.

Statoil has set itself to correct this issue and has in the pipeline more than 100 projects targeting 1.2mbpd. Will they be able to offset decline?.  Well, the track-record so far does not lead me to be optimistic. Since 2004 Statoil has been a story of consensus downgrades (it was supposed to deliver 16% production growth in 2006 and it ended being flat), cost overruns and delays. True, the merger with Norsk Hydro did not make things easy, but the under-delivery was simply jaw-dropping. Now things are set to change.

Statoil, at its Capital markets Day in New York, set itself with the ambitious target of growing production by 3%pa to 2020. The problem is that the road will be bumpy. 2012 growth will be strong, only to be flat in 2013 again, and project delivery gets trickier as we move into the back-end of their target period.

Capital intensity to deliver this offset of decline and subsequent growth will not be small. $16bn per annum and $90/bbl break-even (remember taxes are very high in Norway) until 2015, when the growth projects finally kick in and costs could, if delivered, start to fall.

From an investor perspective, and from a global-supply demand standpoint, the most relevant point is that Statoil intends to keep production flat as a base case from 2011-2020 implying an absolutely categorical view that  decline will be offset. Skrugard, which could add 60-90kbd (gross) by 2020, or a Train 2 at Snoehvit could be the main surprises. Also, new “fast-tracked” projects beyond the existing 10 fast-tracked projects – could add another c.70kbd by 2020.

What can go wrong? First, such a large number of relevant but complex projects can be delayed easily. Skarv has already been delayed, resulting in a 20kbd impact at the project level in 2011.

Although average breakeven for Norwegian Continental Shelf projects stands at c$50/bbl, there are also significantly higher cost projects. Costs per barrel have escalated with the production decline, but once the main technical challenges have been well understood, the infrastructure has already been in place and can be used for multiple projects, costs can rapidly fall. Now it’s time to deliver. It will not be easy.