This post was written by Luis I. Gomez, in Spanish here. Luis Ignacio is a biochemical engineer, CEO of Indago GMBH. 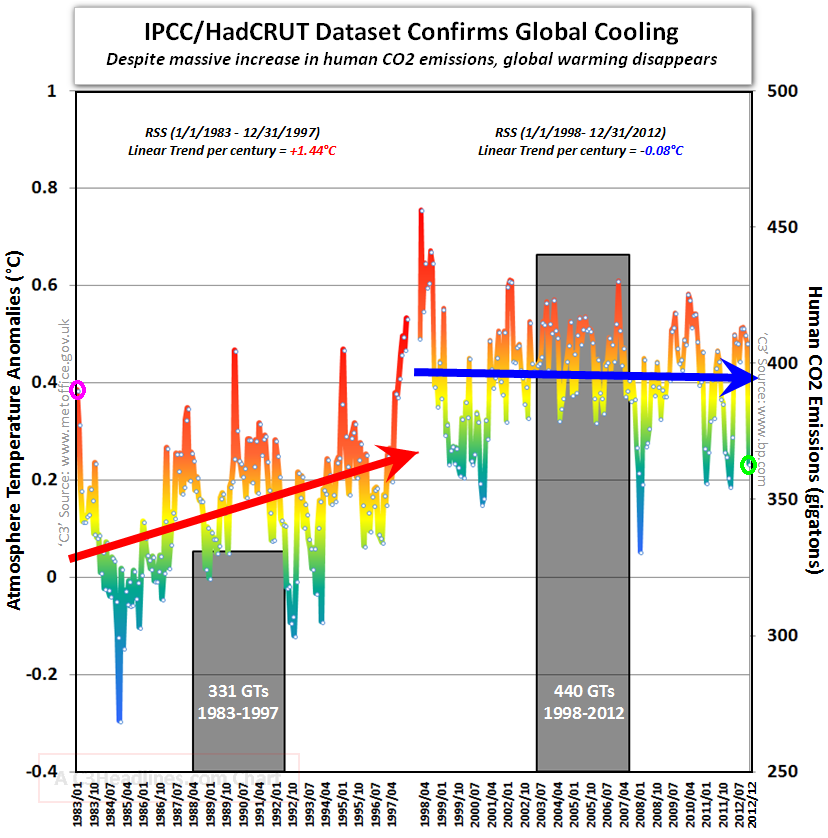 The more I read and suffer the European policies designed to “protect climate”, the more questions I make myself, and the greater the desire to share them with you.

Many of these measures are clearly contradictory. On one hand the EU develops legislations to reduce CO2 emissions, and on the other, due to political pressure, we see decisions to abandon the development of low carbon forms of energy generation (see the German plan of closing nuclear plants, for example).
Do not forget that many of the measures adopted are very expensive, and hold and unnecessary and unpredictable effect.

If politicians were really interested in attacking the CO2 issue, they would try to use all the means at their disposal with maximum effectiveness to obtain the best possible results. Since the effectiveness of the measures taken is poor yet seems to be of no relevance for politicians, we must conclude that for them, climate change is not a problem that needs an urgent solution.

If the goal would be to reduce CO2 at the lowest cost and best result, the policy would have been aimed at maximizing hydro, not massively subsidized lower efficiency sources.

An example: in Germany, if you decided to invest this year in a hydroelectric plant, the cost to avoid emitting a ton of CO2 would amount to €20. To produce the same energy (the calculation is made ​​for 1 MW) with a wind power plant, the cost of avoiding that same ton of CO2 is 40 € (twice!), a similar cost with a biomass plant. If we look at a photovoltaic plant, the investment cost to prevent the emission of that same ton of CO2 is … € 800! (source ), If politicians really saw as urgent and dangerous the impact of CO2 emissions on climate change, if they really had intended to reduce emissions efficiently, would they not have done everything possible to reverse the table show down here? (Source: Forschungsstelle für Energiewirtschaft). 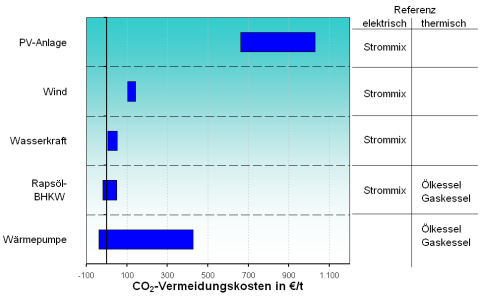 No, the goals of the current policies of “climate protection” are just limited to: increase and consolidate governments’ cronyist clientèle and score points with voters using measures that appear visible, but are ineffective.There are many reasons not to take seriously the CO2 concerns and most can be found in this blog ,  discussed and disputed in detail. We doubt that the effect of CO2 on climate is as relevant as politicians lead us to believe. We doubt that the consequences of climate change are so disastrous as some predict. We even think that the warming observed over the last 100 years is statistically irrelevant . But even if we believed that CO2 was a problem, that climate change is a concern, we have to admit that the current climate protection policies are doomed to fail.For starters, climate protection policies results cannot be applied only in Europe (which is less than 10% of emissions and 100% of the cost). Reducing CO2 emissions must be a global target. But there is a long (very long) list of countries for which energy policies such as those developed in Europe are simply irrational. For these countries it makes sense to assess whether they can afford to take big financial burdens today to avoid an unclear and debatable damage in the distant future. Typically, to protect ourselves now from future damage requires a massive economic base, as strong as possible. Anyone who wants to argue with that statement must first explaining why natural disasters cause significantly less damage and fewer casualties in economically developed countries .

Another example: say climate change will generate losses in the productive capacity of the crop fields in many regions of the planet. Consider that in the U.S. and Europe we get between 6 and 7 tons of grain per hectare, but in Africa barely reach 2 tons ( Source , see page 13). Improved techniques in western culture have improved soil productivity by 350%! The worst forecasts for agricultural potential loss due to climate change mention a 21% average loss in developing countries, 30% in India, for example.

In other words, the positive effects of an effective agricultural policy are superior to the potential damage caused by climate change, therefore it’s normal that these countries choose to invest in agricultural programs and not on climate protection .I do not think anyone needs to explain to China, or India, or Brazil that their economic boom is a reflection of the technological possibilities of their nations. The higher the development of a nation, the better its chances of successfully tackling the risks that come with life in our planet, including the risks that could arise from a potentially catastrophic change in climate, if it ever happens.
Economic growth, and not climate protection should be the goal of any developing nation. It is the best way to protect your future.@Luis_I_GomezRead my posts on the subject here:Copenhagen and the aim to create the biggest bubble in energy
http://energyandmoney.blogspot.co.uk/2009/12/copenhagen-and-aim-to-create-biggest.htmlCO2 collapse and why Durban will do nothing for it
http://energyandmoney.blogspot.co.uk/2013/01/co2-collapses-to-all-time-low.htmlhttp://energyandmoney.blogspot.co.uk/2011/12/is-co2-dead-down-47-ytd-and-durban-will.html