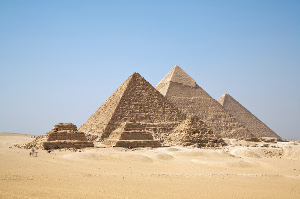 Here is a summary of my views on the Egypt crisis, stocks involved and how to play it.In terms of oil, none of the countries presently affected is a major producer in a global context of oil (1.1mb/d). Yemen and Egypt are important for gas markets as significant producers of LNG for international supply (20mtpa/ 8% global capacity). However, they are very important for low cost deliveries to Europe and for South Europe refiners (Repsol gets part of its crude for Cartagena and ENI for Toscana from Egypt).

The threat of contagion within the MENA region (Algeria, Bahrain, Djibouti, Egypt, Iran, Iraq, Jordan, Kuwait, Lebanon, Libya, Morocco, Oman, Palestinian territories, Qatar, Saudi Arabia, Ethiopia, Sudan, Syria, Tunisia, United Arab Emirates and Yemen) is what most analysts see as most worrying. I would categorize the risk as low in the pure arab states (Saudi-EUA-Kuwait and Iran) and higher in Algeria, Jordan and Syria, where civil unrest has been highest (food prices up 59% in Jordan and Syria while unemployment soared). Out of these, only Algeria is a serious threat to global supply of gas.

Egypt consumed more than it produced for the first time in 40 years in 2010.

Egypt’s EGPC is a strange animal as it does not operate any of the licenses in the country, but foresees the developments and takes the money. Most of the production is offshore or in the Western desert and has not been affected by the riots. As an example, in the past 20 years of presence of Apache in the country there has never been a change of license or nationalization. Egypt also has a very advantageous (for the country) taxation system, local content employment requirements and now that is a net importer, needs more from IOCs than ever.

The final risk is the possibility of disruption to the smooth passing of ships through the Suez Canal. So far this has been denied as a threat.

Companies exposed to Egypt and Algeria.

If we establish the low(er) risk of disruptions in Saudi, Iran, Iraq, etc… The key companies exposed to the Egypt problems are:

OMV, REPSOL & ENI have the largest exposure with c.20% of their commercial reserves in the region.

ENI’s Egyptian exposure is 14% of group production and 7% of upstream value. However, ENI is the most exposed to North Africa and the MENA with additional risk to supplies to Italy from Egypt and Algeria. Eni has a limited exposure to Egypt but 36% to the region (including Libya and Algeria).

OMV has a 20% exposure to the region (mainly Lybia) and recently added exposure to Tunisia through an acquisition. OMV, Total and BP each gets 3-4% of their total production from Tunisia, Egypt and the Yemen in aggregate. However, Egypt, Tunisia and Yemen account for quite more than that in their growth strategy and give them the highest ROCE. Exxon also drills offshore Egypt but the exposure is negligible. Chevron and Conoco also only marginally present. Of the rest, exposure is also quite small, including Statoil with less than 10% upstream value exposure (mainly Algeria).

BG. Egypt and to a lesser extent Tunisia are relevant production centres with around 30% or 220kboe/d of its 2009 production. Worth noting it is mostly offshore, with a large presence of local workforce and that there has been no disruption to activities.

GDF-Suez, Shell. Jointly operate the Alam El Shawish concession in the western desert area of Egypt. In Egypt, GDF Suez holds stakes in two other offshore licenses: it operates and owns 50% in West El Burullus area (together with Dana Petroleum, bought by KNOC), where an initial discovery was announced in 2008 and has 10% in the North West Damietta licence operated by Shell (61%). In liquefaction gas, GDF owns 5% in the first LNG train from the Idku plant that delivers 4.8 bcm of natural gas annually and buys its total production. GDF SUEZ loads about 60 cargoes per year.

Gas Natural-Fenosa, Repsol YPF. Gas Natural owns and operates the Egypt Damietta liquefaction plant. The Egyptian government told Gas Nat-Fenosa to consider importing gas from abroad to meet the needs of the Damietta liquefaction unit located on the Egyptian Mediterranean coast, after the company suffered from a set back in its supplies from the gas national network during the first half of the fiscal year 2009/2010. The firm currently receives 320 million cubic feet of gas per day, 70% of it from the Egyptian Natural Gas Holding Company (EGAS).60% of natural gas delivered to Spain comes from Sonatrach (Algeria). Risks have increased in an ongoing and well-known dispute between the countries. Gas Natural lost the license for Gassi Touil in 2009.

RWE. In recent years the company made a number of major gas discoveries in Egypt and boosted its activities considerably with the acquisition of additional concessions. RWE Dea has a total of 13 onshore and offshore concessions in Egypt, across a concession area of about 13,300 square kilometres in the Nile Delta, Gulf of Suez and Western Desert.

EDF through Edison (Italy) Holds the $1.4-billion concession agreement for the offshore fields of Abu Qir, which has lost them money and were trying to sell or renegotiate.

Apache. Egypt is 21% of Apache’s production. Most of their assets are in the Western Desert. Apache is critical to Egypt as it drills 50% of all the country wells, supplies gas domestically at prices that are 60% below international prices, and employs 5000 Egyptians. Apache pays $11m a day in taxes to the treasury.

Premier has a very small exposure to Egypt (only 20% stake in a non-operated field).

Of services, Halliburton and Schlumberger undertake around 70% of the oil and gas service contracts in Egypt. Transocean has 10 jack-up rigs in Egypt, more than any other company, although six of those rigs are either cold-stacked or idle. Diamond Offshore has 3 rigs, 8% of its total rig count. Rowan Companies has 1 rig, but it wasn’t in use as of this week. Petrofac had a contract in Egypt that finished in December, and has no further exposure to Egypt but is very exposed to MENA region (15-20% of backlog). Saipem and Technip also have c20% of backlog in the region.

The biggest threat in my view is to the big IOCs and utilities who tend to solve these issues through paying up, and losing returns.

Play the oil and gas spike through utilities (generators with no Egyptian MENA exposure) and high oil geared explorers and producers more exposed to LatAm, US and especially Russia. Gazprom will love this MENA problem.

I see services relatively unaffected once the risk of oil and gas field shutdowns is clarified. In the Iraq war and other risky geopolitical environments the specialized names benefited from the need to protect and continue operating the oil and gas fields. However, the short term impact will likely continue to be negative. This is also bad for southern european refiners because their low cost oil comes from Lybia and Egypt and the refining margins will likely fall as oil rockets but heavy-Brent spreads collapse.