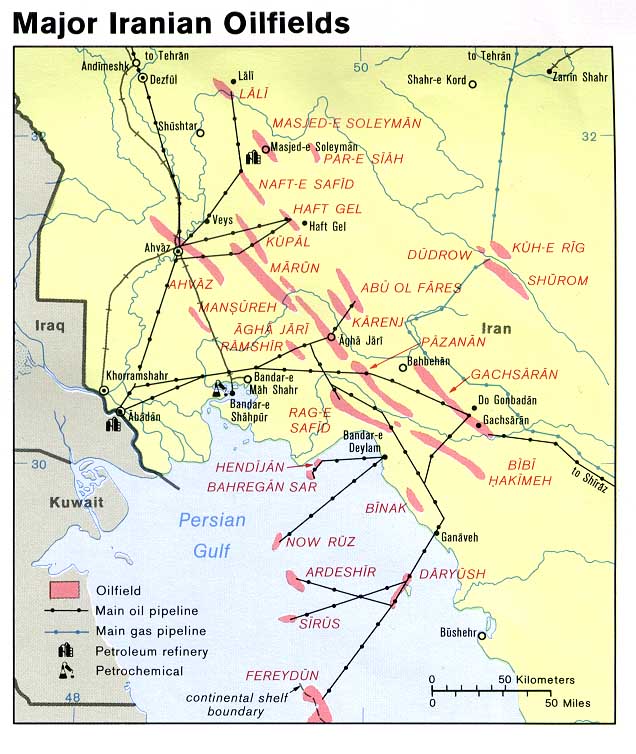 According to BP’s latest report, the Statistical Review of World Energy, Iran’s daily oil production climbed 45,000 barrels compared to the 2009 figure. This increase comes despite the embargo having impacted oil and gas investments by 35%. if investments had remained at the level of 2005-2006, Iran could have posted the highest production growth of all OPEC countries (ex-quota changes).According to a friend at NIOC, lack of investment stands at the heart of the challenging environment for Iran oil output, not the quality of the reserves. In fact, according to Shell and ENI, Iran is a “dream” in terms of recoverable reserves, with low costs and high productivity. The only problem, as Total’s CEO pointed out as well, is the embargo, which could turn rapidly if the current regime changes.

Despite the positive 2010 figures, Iran could face a sharp drop in crude oil production due to sanctions and the lack of foreign investment. The Oil Ministry has determined that Iran would see a 30 percent decline in oil output given the 35% (average) drop in investments, unless the government attracts major foreign investment to the energy sector. The Teheran regime has set a requirement for $150 billion in investment for the period 2010-2015 (which would be in line with normal estimates and bringing the average capex back to historical pre-embargo levels).

“If the investments are not realized, the country’s oil output will drop to 2.7 million barrels per day,” Iranian Deputy Oil Minister Mohsen Khojasteh-Mehr said.

Under the ministry plan, Iran’s output capacity would increase from the current four million to 4.7 million barrels per day by 2015. Natural gas capacity, the focus of $75 billion in investments, would rise from 600 million to 1.47 billion cubic meters per day.

Average Iran’s crude production in 2010 stood at 4.245 million barrels per day, and the country’s natural gas production posted a 5.6 percent increase to settle at 138.5 billion cubic meters in 2010, the report said.

Moreover, BP also stated that Iran has proven oil reserves that would last for the next 88 years, the second longest-lasting oil source in the world.

On a different note, and based on the reserves-to-production ratio index, UAE will be the prominent source of oil for the world with oil reserves that would last for the next 94 years.