As we have said in this blog, over and over, IEA and consensus estimates of oil demand growth were too optimistic.

Now we have the proof. See the chart above. Oil (Brent) has gone from steep contango to a deepening backwardation in six months. What’s more important is that the backwardation has deepened as the Libya conflict intensified and prolongued.

Additionally, net length from financial investors is healthily slowing down. The latest change in the crude position reflected a sharp reduction in Managed Money net length (~23k contracts) but overall positioning remains towards the upper end of the historical ranges. 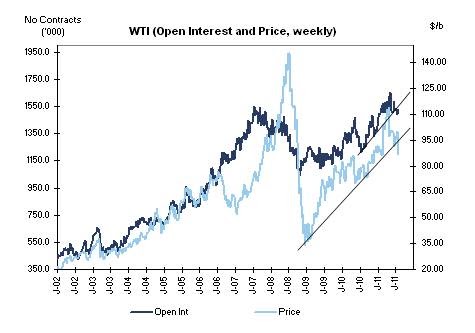 And we said it a few times. Chinese demand slowdown is not seasonal. And US demand is down on the year, same as Europe. And these are the countries that buy the goods from emerging countries. Next step, given the monster debt crisis that we are witnessing all over Europe and the US, is emerging market slowdown. 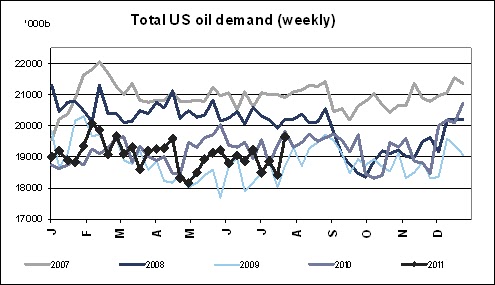 And this happens as the Oil markets puts 158 projects close to end of pipeline that target 11mm bpd of supply.

If we add to this that Venezuela and Iran are pushing for higher quotas (see my article about it) and Saudi Arabia is pumping 600kbpd more than in January, we have the same recipe as in 2008… a financial crisis and a supply response that comes too late.

Is this financial crisis due to the high oil prices, as some argue?. No, this time it isn’t. The OECD debt crisis comes from the massive stimulus packages and printing money. Oil strength has not been a cause this time. It has been a consequence.

With EU countries running at 120% of debt to GDP in some cases and the US at 100%, the austerity measures and cost savings that we will inevitably see will bring GDP growth down. And 1% cut in global GDP means $10/bbl on oil prices, with or without Libya.

As China looks to reduce inflation and sees its banks running their own debt issues, we will also see a reduction of Asian demand.

Therefore, a simple calculation leads me to believe that OPEC spare capacity can rise back to 6mmbpd only on a 0.3% global GDP revision. If global GDP growth estimates fall by 1%, this spare capacity would rise to 6.8mmbpd at the same time as Iran, Venezuela and Saudi Arabia look to increase output by 300-600kbpd each.

The good news is that an oil price closer to $100/bbl will be equivalent to an entire QE2 on the economy, so the fear of recession might be offset by lowering energy prices. And obviously, in the US that situation will continue to be more benefitial for the economy as WTI differenctial is expected to remain at the $15/18/bbl level to Brent (see my article here). 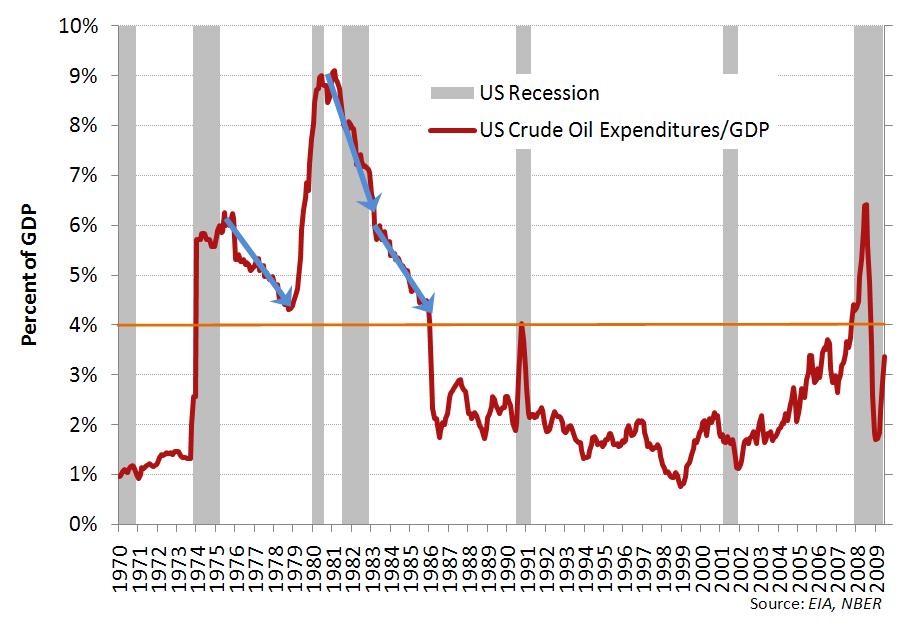