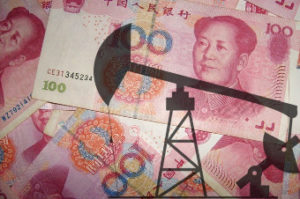 Every time I read that the yuan is going to dethrone the dollar and that China is going to monopolize the oil market in its local currency, I remember those films and reports of the late 1980s predicting the imminent Japanese supremacy and how it would absorb the West.

As we have explained here, China has no “nuclear option” against the US. However, there has been a lot of hype about dethroning the dollar with a yuan oil contract.

Let s start with the facts. The US dollar is the most widely used currency globally and growing in use. According to the BIS (Bank of International Settlements), transactions in US dollars account for almost three times more than those in euro and twenty times more than in yuan.

The biggest mistake made by China in its launch of the yuan oil contract has been to think that a currency with capital controls and an expensive market that trades for barely a few hours a day would be a fantastic incentive for global oil transactions.

The “yuan oil contract” has crashed at birth, and it is normal.

Indeed, the volumes in the oil contract show those problems, and the official data not only indicates a very low percentage of the market but also virtually inexistent open interest.

Don’t forget they double count. The volume is based on initiation and close counted as two, whereas every other exchange counts a round turn as one (thanks to @chigrl ).

In a simple way, what this oil contract shows is that the volume does not even reach a fraction of the trading figure of only one of China’s own state oil companies.

137,503 lots in the petroyuan trade in Shanghai for september 2018 means that not even the Chinese oil companies use the petro yuan extensively.

Look at open interest in the monthly report.

Open interest indicates the number of options or futures contracts that are held by traders and investors in active positions. Is it not strange that open interest is virtually non-existent in an allegedly safe and growing index?

Open interest August 2018: 34,422 vs overall volume: 5,934,790 lots. Just to prove the point, open interest in WTI is usually more than twice the volume (check other commodities here). Additionally, the unit for trading volume, open interest and the change of open interest is lot, herein are double-side counted.

It is impossible for a currency to displace another in the most liquid and flexible market, energy, when there are capital controls and restrictions of such calibre.

These mistakes have not been made due to lack of intelligence. A large part of the cohort of economists and experts advising governments ignores the importance of liquidity, openness and credibility. This is not the first time that I have been discussing with experts who do not seem to understand why capital controls mean “no-go” if you want to achieve international status.

A currency can not be a global reserve with capital controls and impossible financial restrictions.

China and the European Union had the opportunity to implement serious monetary policies, guaranteed by reserves and defend sound money. Conversely, both wrongly decided to make the same monetary excesses of the United States, and in a world of collective monetary madness, the global reserve currency is the lesser evil.

The Petroyuan is born fatally wounded because it tries to copy the mistakes of the Petrodollar with higher costs and tighter political restrictions.