Interview at CNBC where I discuss:

The difficulties to implement Quantitative Easing in Europe.

The difficulties to implement Quantitative Easing in Europe come from the increased perception at the ECB and the EBA that a €1 trillion program could distort markets too much as in some cases the ECB would take 100% of supply.

. There is no liquidity issue: To start with, Europe already has more than €180 billion of excess liquidity according to the ECB March report.

. Bond yields are at historical lows. Bond yields in the periphery have fallen to the lowest level since 2005. Portugal and Greece are out of the bailout program and issuing paper. 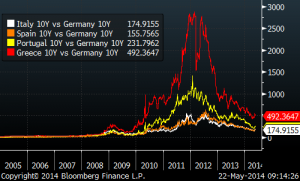 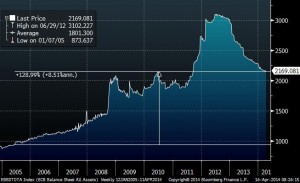 . Transmission mechanism to SMEs is improving. Lending to SMEs is up 34% in the periphery since March 2013.

. Growth is improving (+1.4% in 2014) and the strong euro has not affected dramatically export growth all over the periphery. Current account deficits have arisen in Spain for example. The biggest issue the ECB faces is that 60% of EU exports are made within Eurozone countries, therefore currency is irrelevant. The second is that with current account deficits widening, imports would suffer a big increase in price, particularly energy components. This worries the ECB more than anything else.

However, all of the ECB is studying options of QE driven mostly to help boost the next leg of growth. “Of course any private or public assets that we might buy would have to meet certain quality standards,” said Jens Weidmann, in an interview with MNI.

. What to spend the QE money on?

The European ABS market is too small (€300bn-450bn) for a €1 trillion QE and the challenges would be high when buying sovereign debt in order to adhere to the mandate.

There are three options for the ECB: yield curves, regional differences and credit spreads, which would be targeted in the ECB’s version of unconventional monetary policies. Some of the measures are more akin to Credit Easing (CE) than Quantitative Easing (QE). It is

also apparent that the approach is more qualitative because if the ECB is to make purchases it will take into account valuations.

The ECB would choose from different options, which reflects the bank-based intermediation that dominates in the Eurozone, unlike in the US where the main focus of QE has been Treasuries and MBS. As a possibility, the ECB could choose a normalisation of haircuts on its collateral.

There is also the issue of the “no deflation yet” debate. The Bundesbank is worried about a CPI that reflects massive disparities and that a QE would bring higher inflation to small consumers and average medium income families. The ECB needs more time to see if there is really a price deflation issue. So far data suggests otherwise. No deflation, just disinflation due to overcapacity and previous bubbles.

When you have invested (spent) hundreds of billions of euros in “industrial plans” and productive capacity, especially in energy, car industry, textile, retail and infrastructure, what we are experiencing is a reduction of prices due to competition between oversized sectors, an overcapacity of up to 40% in some cases. On the other hand, inflation exists in other elements, very relevant to the industry and consumption, such as energy costs.

The “alleged risk of deflation” is the excuse of governments to justify greater financial repression . Trying to create false inflation through rate cuts while citizens have less purchasing power, or through monetary stimulus plans when taxes rise leads nowhere. Look at Japan, 17 consecutive months of real wage reductions.

PRICES FALL BECAUSE WE BUILT MASSIVE PRODUCTIVE CAPACITY FOR A DEMAND THAT NEVER ARRIVED AND BECAUSE THE DISPOSABLE INCOME OF CITIZENS HAS BEEN DESTROYED BY CONFISCATORY TAXATION.

To reactivate the economy governments should return money to the pockets of citizens who have stoically accepted and paid interventionist policies and supported schemes and incentives that have led the EU to spend up to 3% of GDP to destroy 4.5 million jobs and sink the economy.

The ECB is getting a lot of pressure to do something from governments and banks, and now even Germany seems to accept the high EUR is a danger… and if something is done it will have to be something big. But these issues above do matter –specially for the Germans advocating for internal devaluation exits to the crisis- and the risks are not small of causing massive distortions in an already booming market for high yield bonds and sovereigns.

My interview and debate on CNBC about High Frequency Trading.

By my colleague and friend Mike Earlywine @MEWINO, senior trader and options expert:

As you may have heard Michael Lewis has a new book out called Flash boys.  It is about High Frequency trading,(HFT) and it is creating quite the fire storm in the financial media and among the various market participants.

Michael Lewis has been in the press promoting his book by saying that the market is rigged.  Surprisingly, for how easy as it is to vilify wall street, there has been some push back.  Part of the problem is that HFT means different things to different people.  It is often confused with computer based trading or algorithmic trading.  Often it is spoken about in conspiratorial tones that make is sound illegal or something out of a bad Hollywood movie.  But his claim that the market Is rigged has galvanized many people to defend what is right about our market.  Either way,  It is a complicated topic and I hope this summary helps.

In the first part I use the Open letter from Charles Schwab to opine on what I think the real concerns are, and in the second part I give an example of HFT in its truest and simplest form

Like many I think the current market structure is flawed and rife with unintended consequences but I am hesitant to vilify the firms that take advantage of the fragmented market that has evolved over the past 10 years.

This letter from Charles Schwab really sets out in detail what a lot the controversy is actually about.

* My comments on the letter are in inverted commas.  http://www.aboutschwab.com/press/issues/

Basic HFT example– a simplistic look at HFT trader strategy – This is an example of what they do, but it’s not what is causing the controversy

Here is my interview on CNBC discussing the risk of complacency, lack of reform, governments intervention and debt in Europe. 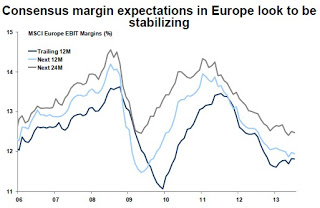 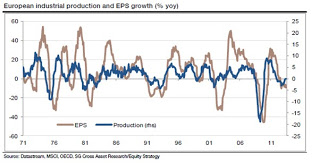 Unemployment and consumption are the two great scourges of Europe. With all the government support and a highly interventionist state, unemployment in France has reached three million people. In Spain, above 5.8 million, it has  shown a moderate slowdown in job losses. But job creation is only going to happen when consumption recovers, and that will not happen in an environment where disposable income is curtailed and taxes destroy families and SMEs. The fiscal burden in the European Union is already about 40%.

The European Union has warned France that it can not go higher in its tax burden. Unfortunately, as always, tax hikes delay the recovery and do not generate the desired revenues.

European countries, and peripherals in particular are going to have to face excessive deficit budgets, and three risks :

Interview in CNBC, 05 jul 2013 discussing the risks of the financial system in China, the merits of US QE and similar actions available to the ECB.