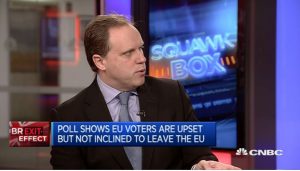 If EU countries get used to ultra-low rates the risk of multibillion nominal and real losses in bond portfolios and pension funds is enormous, because the tiniest tilt in inflation will make the house of cards collapse. Goldman estimates losses of $2.5 trillion worldwide from a 1% rise in inflation. It is so relevant that if interest rates raised a stunted 1% in the EU it would lead to massive budget cuts to maintain current deficits.